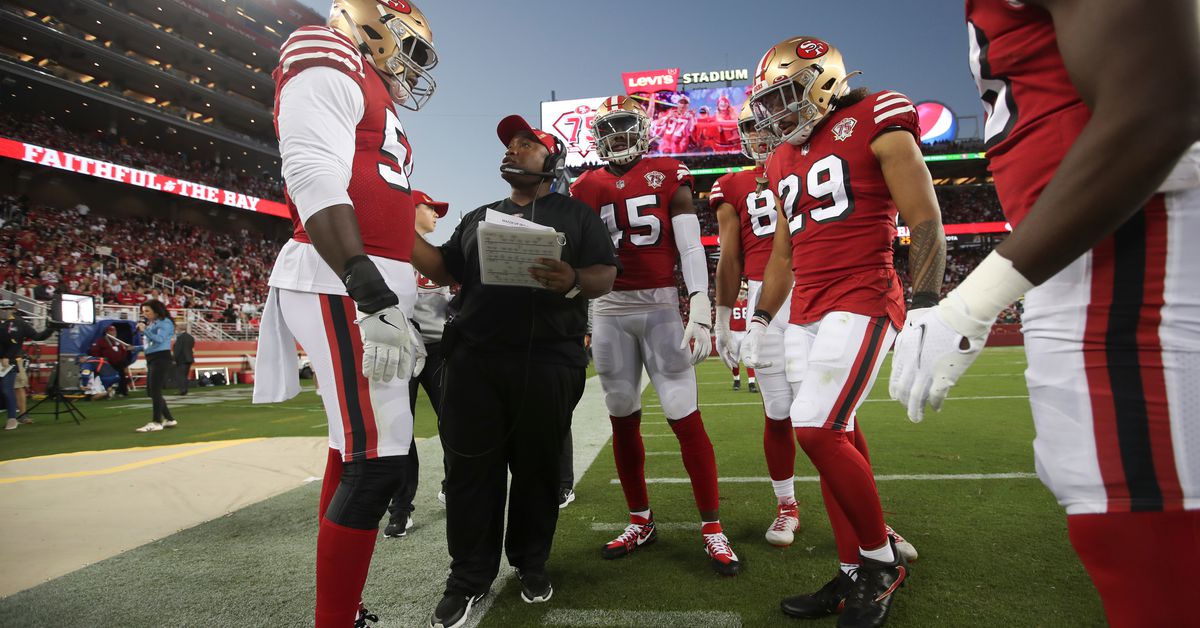 After a second consecutive 49ers special-team disaster, coordinator Richard Hightower is under more scrutiny than ever. At his weekly press conference, Hightower tried to put things in perspective.

â€œWhat we’re going to do is go back to work. Like we always have, like we do after a win or a loss and I need to coach better. And obviously they feel like they need to play better. We have had two consecutive weeks which are not up to our standard and we cannot let that happen if we are to go where we want to go. And we know it’s not at our level and I think we’re going to come back to our level. They know, I told them.

We played three bad games this year, two games in Seattle and one in Minnesota. Every other game I have to give these guys credit for because they went out there and they did what they were supposed to do. And they did a hell of a job. And those other three games, when we didn’t play well, it comes back to me and I have to improve them.

San Francisco’s special teams under Hightower have never been in the elite, but they have certainly been better than what we’ve seen recently. The highest 49ers special teams ever ranked in DVOA special teams since taking the job was 11th, in 2017. Since then, they’ve been 14th, 12th, 23rd and now 22nd.

While it might reassure Hightower to bundle the team’s issues into a three-game package, the simple fact is, that package isn’t a small chunk of time. Three games represent 25% of the 49ers’ season at this point. Three games make the difference between clinging to a playoff berth by the fingernails (like the 49ers are right now) and competing for the top seed in the conference. Compartmentalizing the issues in that sort of box minimizes the impact that these bad games had on the year as a whole.

At different times this season, Kyle Shanahan and DeMeco Ryans have come under scrutiny for what has happened this season. Now, even the special teams unit is not immune to all the preventable mistakes attacking and defense have made at times this season. Hope the symptoms subside soon.

Download today’s 49ers in Five podcast and learn more about Richard Hightower, Jimmy Garoppolo’s scouting report on the Bengals, and why he doesn’t throw the ball very often on the pitch. You can find it all over you get your podcasts, including Facebook.