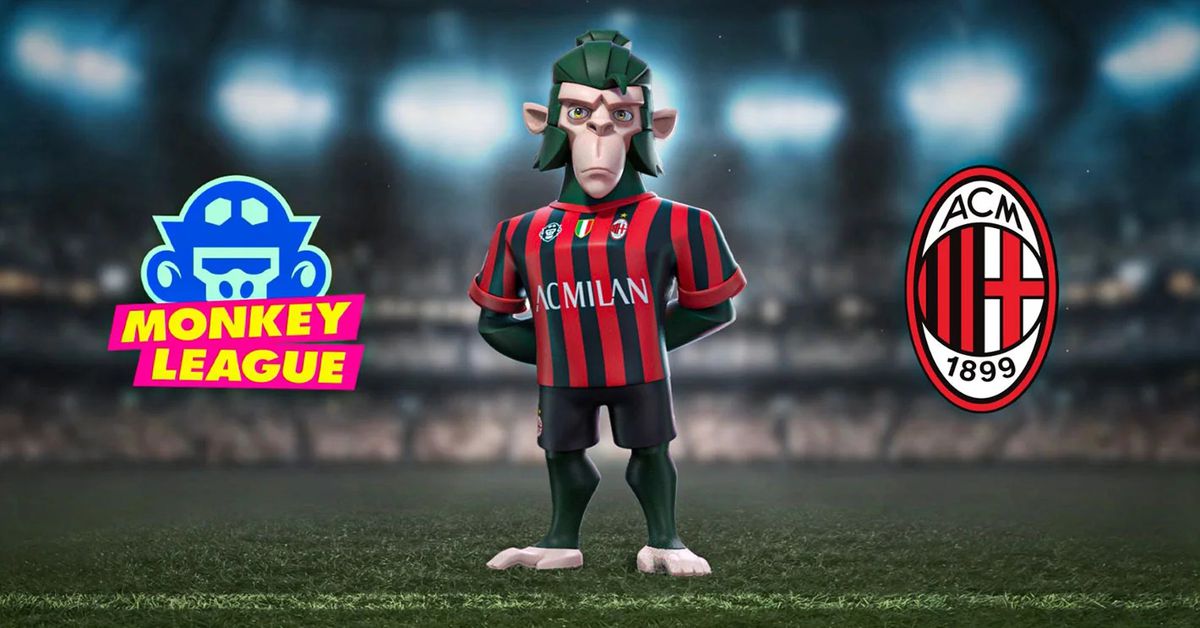 Monkey League is a strategy based soccer game, in which users create and manage their own dream team of at least six MonkeyPlayer NFTs (forward, midfielder, defender, and goalkeeper), compete against real players, and climb the league ladder. The in-game economy is centered around an in-game currency, MonkeyBucks ($MBS), and in-game assets that have value in and out of the game.

The new high-profile, strategic and design partnership between MonkeyLeague and AC Milan includes the creation of exclusive Rossoneri-branded NFT gaming assets, wearables, special gaming tournaments, co-marketing events and a host of other exciting initiatives, such as club players test the game.

As part of the agreement, MonkeyLeague will work closely with the Italian champions to launch a new collection of AC Milan NFT branded game assets, including new MonkeyPlayers, skins and stadiums. The first and most exclusive lot will be auctioned on October 6 on MagicEden, with NFTs going to the highest bidder. Some of the highly sought after AC Milan MonkeyPlayers to be auctioned will come with physical AC Milan jerseys signed by the entire club.

Additionally, MonkeyLeague will launch its first MonkeyPlayer NFT breeding season in partnership with AC Milan, where AC Milan branded assets can randomly spawn throughout the breeding process. There will also be additional NFTs available, including in-game stadiums and lands.

The partnership marks a significant new phase of growth for the entire MonkeyLeague community and fits perfectly with MonkeyLeague’s mission to connect web2 and web3. For AC Milan, the new partnership with MonkeyLeague is part of a wider Web 3.0 strategy which sees the Club working with experts to create unique digital experiences for its fans, which aim to give them more access, more of ownership and bringing them even closer to their beloved Club.

The partnership will also see AC Milan sponsor a number of future top-flight MonkeyLeagues. esports tournaments that will bring together the best players in the game from around the world to play in hotly contested matches, with the winners earning exclusive rewards. At the same time, there will be plenty of promotions, with prizes including VIP match tickets to some of the biggest matches at Milan’s legendary San Siro stadium, and signed AC Milan shirts and other gear.

The game itself will benefit from input from some of AC Milan’s biggest stars, as a number of players from the team take part in playtesting and provide feedback and advice to ensure gameplay is as good as it gets. realistic and engaging as possible.