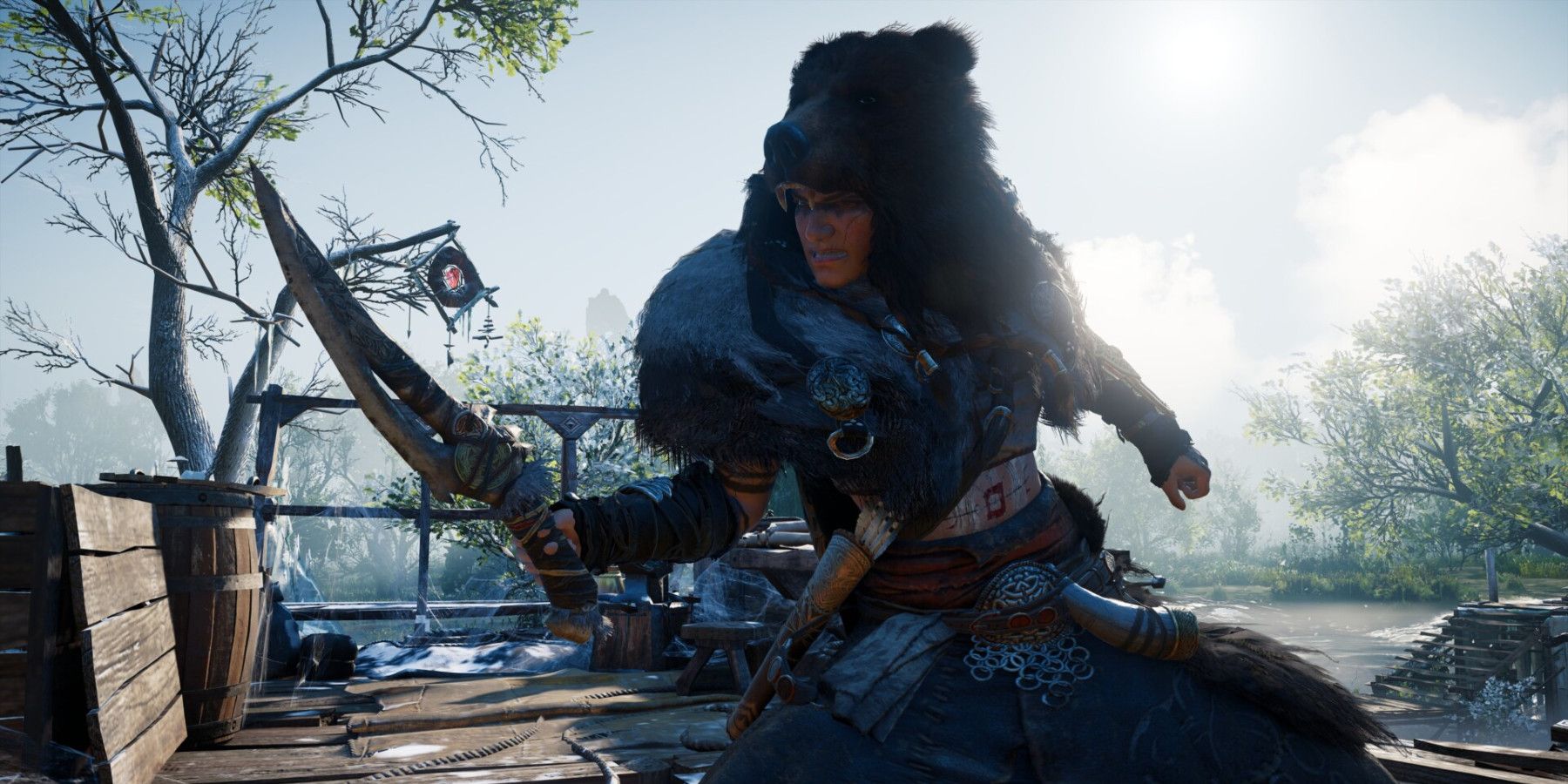 Assassin’s Creed Valhalla: Dawn of Ragnarok covers the titular Ragnarok, Norse mythology’s version of the apocalypse. The fantastic setup and knowledge that in canon, Dawn of Ragnarok is partly a dream trip, gave Ubisoft Montreal more leeway in terms of adding weapons and abilities.

While the basic version of Assassin’s Creed Valhalla had historically significant weapons, Dawn of Ragnarok push the boundaries with items like Fenrir’s incisor. It’s a dagger supposedly carved from the tooth of Fenrir, the wolf prophesied to kill Odin. In game, it is a weapon that, compared to all other daggers, consumes much less stamina.

RELATED: AC Valhalla: Dawn of Ragnarok – How Long To Beat?

But a weapon with such utility and pedigree is not easy to find. It’s hidden in a far corner of Assassin’s Creed Valhalla: Dawn of Ragnarok’s map, and requires another fantastic power to access it.

Before the player can access Fenrir’s incisor, it needs the power of Jotunheim. Specifically, they need its ability to teleport the player to predefined red markers, called World Knots, using Assassin’s Creed Valhallahis bow and arrows.

Luckily, it’s not a difficult power to acquire. The player needs the Hugr-Rip, which is a dwarven bracelet that they will get quite early in the main quest. From there, they just need to kill the Jotnar enemies and absorb their power.

Fenrir’s Incisor is located in Gimsteinhus, an abandoned swamp village in the Vangrinn region. It’s in the southwest corner of the area, directly north of the Altar of Gulr Vik on Assassin’s Creed Valhallathe coast. The power level suggested here is 370.

The village is completely frozen and most of the houses are destroyed. Fenrir’s Incisor is in the largest building, but its door is inaccessible. In place, player must use teleport to enter.

Hanging from one of the trees are World Knot markers. Use the power of Jotunheim to climb the branch, and scan the building for a hole in the wall on the second floor. Inside this hole should be another remote world node marker. Use this second to teleport inside.

From there, getting Fenrir’s incisor is simply a matter of applying force. The ground has glazed on sections covering wooden boards, and both can be destroyed by attacks, creating a hole leading to the first floor. From there, one of the walls is covered in ice and also breakable, and right behind it is the chest containing Fenrir’s incisor.

Emma Watson Reveals Harry Potter Scene That Made Her ‘Uncomfortable’

Emma Watson remembers a moment during the filming of Harry Potter when she had doubts about a famous scene.

Stefan is a machine that plays video games, writes about video games, and then stares at a wall. Staring at a wall is the most productive part of his day.