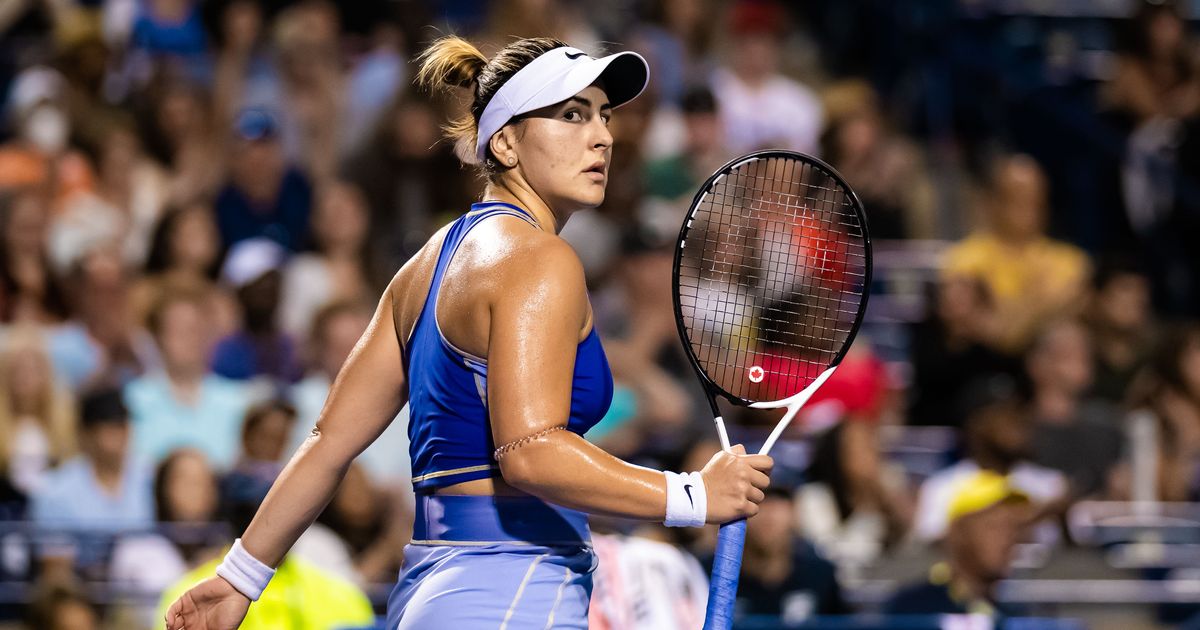 Andreescu defeats Cornet for the first time; will face Zheng in Toronto

2019 champion Bianca Andreescu picked up another key victory at home at the National Bank Open presented by Rogers on Wednesday night, earning her first victory against a player who had troubled her deeply in the past.

Andreescu beat Alizé Cornet 6-3, 4-6, 6-3 in 2 hours and 26 minutes to reach the knockout stages of the tournament for the third time in his career. Andreescu has now won eight games in a row at the event taking place in Toronto, which is the closest major city to his hometown.

Winner’s words: “I think it was just the fighting spirit of both of us,” Andreescu explained of the game. “She’s very consistent and I really had to assert myself, especially in the difficult moments. I think I played those key moments a bit better today.

“I think especially in these tight games, those are the key moments that you really need under your belt. And when you have them, it definitely gives you a lot of confidence. And hopefully I can continue that for the rest of the game. tournament.”

Stats corner: Cornet had beaten Andreescu in straight sets in their two previous encounters, both of which came in last year’s grass court season, in Berlin and in the first round of Wimbledon. The third time was Andreescu’s charm as she finally got her first win over Cornet.

Andreescu hadn’t won back-to-back matches on a hard court in nearly a year, with her last back-to-back wins on the surface coming at the 2021 US Open. However, the former US Open champion backed her Top 10 victory over Daria Kasatkina in the first round, sending 27 winners ahead of Cornet.

Andreescu also had 27 corresponding unforced errors in the encounter. However, Cornet ended the shock with worse numbers than the Canadian, with 21 winners for 30 unforced errors.

Earlier on Wednesday, Top 5 players Ons Jabeur and Anett Kontaveit were ousted from the tournament in their opening matches after first-round byes.

Zheng Qinwen, the 19-year-old rising Chinese, trailed No. 5 seed Jabeur 6-1, 2-1 when Jabeur pulled out of their second-round match with abdominal pain. Zheng will be Andreescu’s opponent in the Round of 16, which will be their first meeting.

Zheng has now won back-to-back hard-court matches at tour level for the first time since January. She also earned the first Top 10 victory of her career with the victory over Jabeur, via retirement.

World No. 51 Zheng is in the middle of her breakthrough season, which she started at No. 143. Zheng was the only player to claim a set from eventual champion Iga Swiatek at Roland Garros.

And world No. 21 Jil Teichmann upset No. 2 seed Kontaveit 6-4, 6-4 in 1 hour and 27 minutes to reach the knockout stages in Toronto. Teichmann converted four of her six break points while fending off six of the eight break points she faced.

Teichmann earned the fifth Top 5 victory of her career and she beat a current World No. 2 for the second time. She had already beaten then No. 2 Naomi Osaka in her run to the WTA 1000 Cincinnati Finals last year.