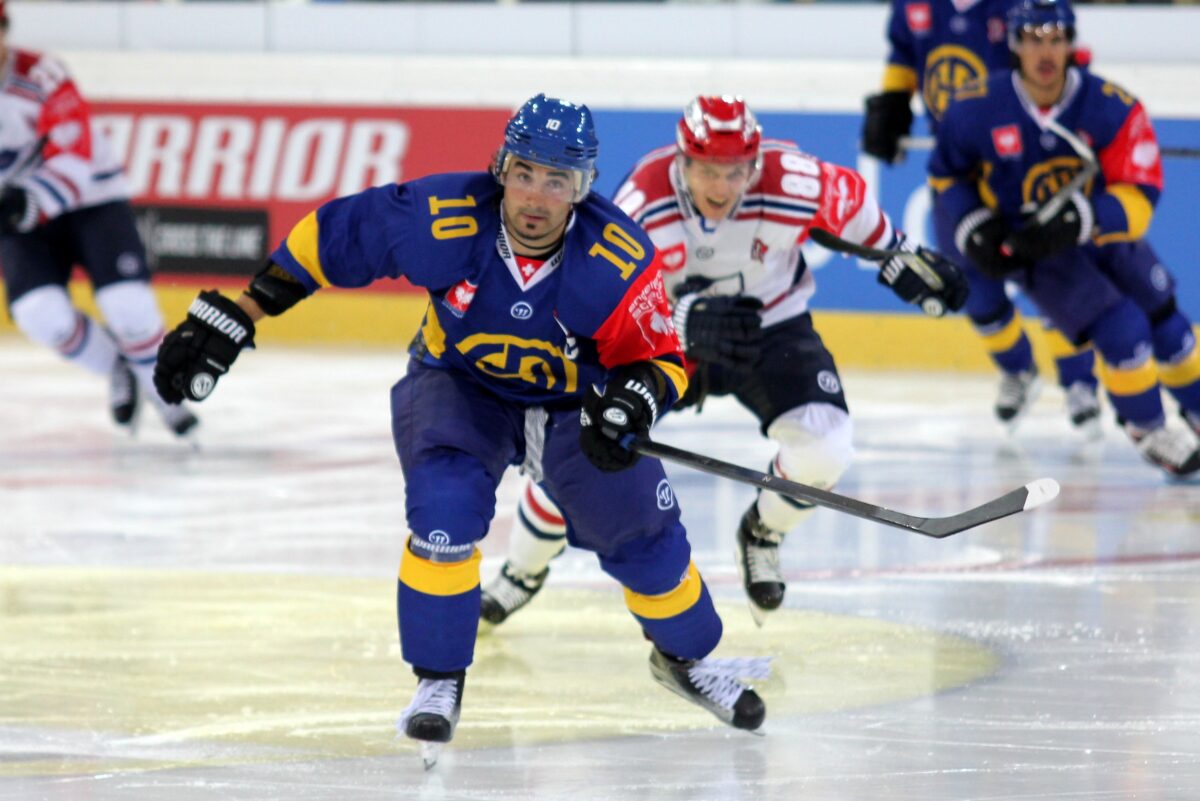 When you take a look at the Olympic roster of the Swiss team, the first thing that jumps out at you is that they are gaining a lot of experience with them. Considering the odd circumstances surrounding these matches, this could be a real advantage for the team.

At the very top of the experience list is striker Andres Ambuhl. The 38-year-old will be competing in his fifth Olympic Games, a feat no other Swiss player has achieved before. Not only that, but few other players around the world have done it, Ambuhl will become just the 12and player in total to participate in five events.

The Swiss team has formed a very familiar team, with all the players coming from the Swiss National League. To give an idea of ​​how long Ambuhl has been playing hockey, he started his Olympic career in Turin, in 2006, and during those games the current head coach Patrick Fischer was a player by his side.

Ambuhl hopes to improve his point production in Beijing

If there’s one disappointing element to Ambuhl’s highly impressive international resume, it’s his lack of Olympics points. He’s played 14 times for Switzerland and has scored just five points so far, all of them assists.

With the lack of NHL players this time around, the Swiss team is relying on players from their local league to step up and score points, and Ambuhl is one of those who will be asked to contribute. He would like to be on the team sheet with a goal, and he regularly finds the net in Switzerland this year with HC Davos, which will help him.

Ambuhl has 27 points in 40 games in Switzerland this season, slightly less than we’re used to seeing from him but still a respectable tally in one of Europe’s top leagues. Despite a small dip in points production his goal tally remains at a similar level, his best season in recent years came last season when he scored 14, so far this season he has 11 out of five less matches.

We’ll likely see Ambuhl play a midfield role for the Swiss in games, although of course lines are subject to reshuffling depending on performance, injuries and player availability. His days as a top force are over, that role will likely fall to Denis Malgin, but despite being 38 there is still plenty to offer.

Don’t be surprised to see him play vital minutes and use his experience on the ice, despite this team being very experienced overall. That could mean key minutes late in games, being put on the ice when Switzerland have a defensive zone face-off and other times when his experience counts for something.

Expectations for the Swiss team

The Swiss kick off their Olympic campaign on Wednesday February 9 with a match against Russia. This is followed by a game against the Czech Republic on Friday, and they complete their group with a game against Denmark on Saturday.

The men will have already seen the women’s team stage a quarter-final against Russia on Saturday. This comes despite some heavy defeats, including one Lost 8-0 to USA.

As the games progress for men, they should get a little easier on paper. However, Switzerland will hope to be able to hit the ground a little faster than Russia, who they will face in their opener. With plenty of experience on the roster, all the players playing together in the Swiss National League and a coach who has been in the setup for a long time, don’t rule out the possibility of an upset on the first day of action.

Craig Jones is a freelance NHL writer from the UK, covering the Colorado Avalanche. Watching the NHL from afar, Craig followed the Avs for more than two decades and wrote about them for nearly a year. For Britain’s perspective of the NHL and all of Colorado, follow Craig on Twitter @craigjones29.

‘Now is the time for game streaming’: Q&A with Samsung Head of Product Management for Games Mike Lucero