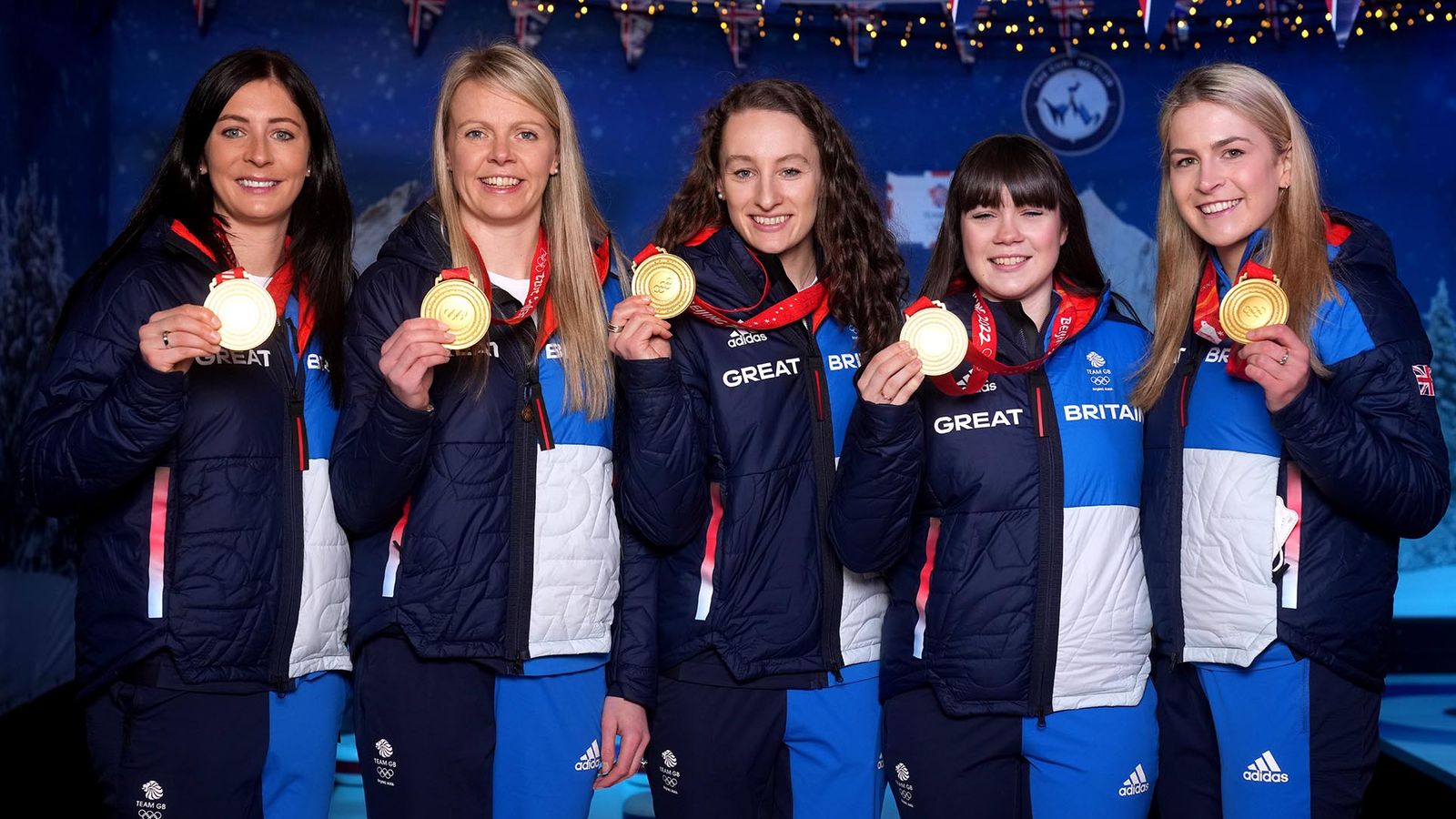 The victorious Team GB curling team is back from the Beijing Winter Olympics.

The team led by the captain Eve Muirhead, won 10-3 in the final, beating Japan to win the UK’s only gold medal at the games.

Muirhead told Sky’s Kay Burley it had been a ’48-hour whirlwind’ but it was an absolute ‘dream come true’ to walk away with the gold medal, especially considering it was his fourth Olympic Games.

The men’s team won silver in the event after a narrow 5-4 defeat against Sweden in the final, just a day before the women face Japan on the final day of the event in China.

“Watching the men’s final definitely got us pumped up,” said teammate Hailey Duff.

“They played amazing in the final and we’re so proud of them.”

It was the first time Team GB had won a curling gold medal in 20 years since captain Rhona Martin led her side to victory at the 2002 Games.

“We wanted to follow in Rhona’s footsteps in the Finals, and having her there was very emotional,” Muirhead said.

Read more:
The Winter Olympics draw to a close: marred by strict rules, fake snow and a doping scandal
Winter Olympian suffers ‘unbearably’ painful frozen penis after cross-country race
How a nurse who worked on the frontline of COVID became an Olympic curling champion

The Winter Olympics were a disappointment for the British team as a whole, with just two medals won, down from five in 2018 and 2014.

“I think you’re probably comparing us to a wounded lion. We’ll lick our wounds, figure out what needs to be different and come back fighting and roaring for Milan-Cortina,” she added, referring to the location. of the next Winter Olympics in northern Italy.

According to UK Sport, more than £22m was spent funding sports at this year’s Winter Olympics, with the most spent on skiing and snowboarding, both of which won no medals.