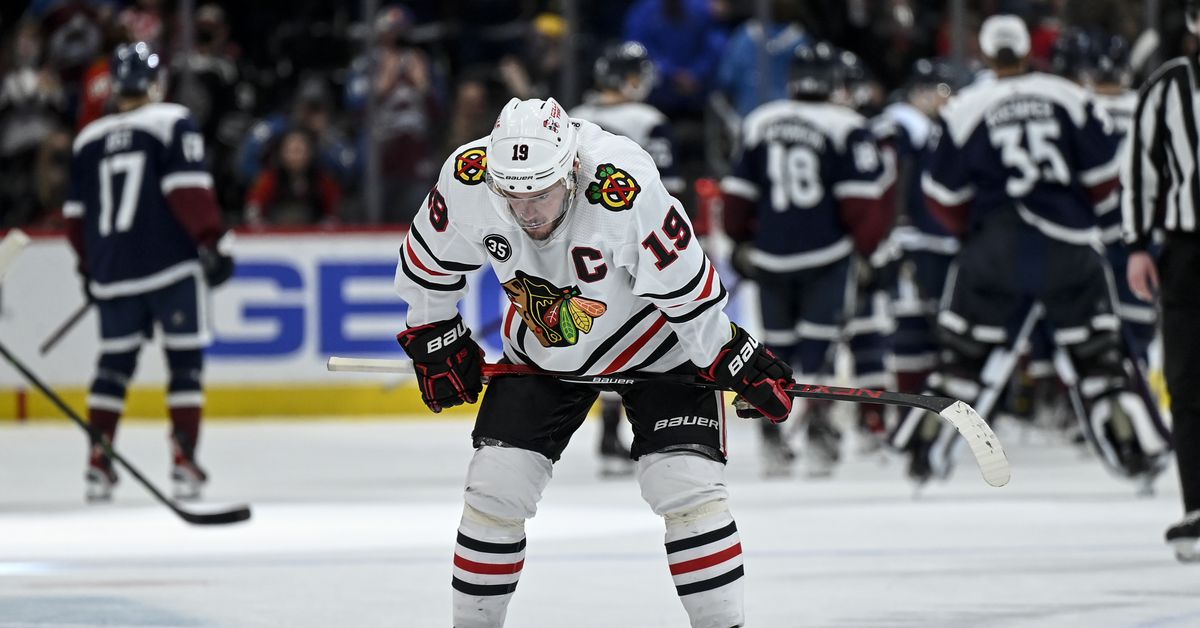 The Blackhawks suffered their fourth straight loss when they were shut out 2-0 by the Avalanche in Denver on Monday night.

The first period was scoreless, but the Blackhawks held off a powerful Avalanche team, a streak of play that included perhaps their best shorthanded streak of the season. Maybe the Blackhawks can do that all game?

Spoiler: No, the Blackhawks wouldn’t.

The second period was the exact opposite of the first as the Avalanche dominated, especially on their only power play where they took a 1-0 lead midway through the period. After several good chances from everyone on the power play, Nazem Kadri fired a shot from the slot that went through Marc-André Fleury.

The only reason the Blackhawks only led one goal in the second period was because of Fleury’s numerous saves. For some reason, there are no videos or gifs of these backups, so here’s a pretty realistic recreation:

One save in particular – the toe save while standing against Jack Johnson – was jaw-dropping. The Blackhawks Twitter was all of us back then:

Unfortunately, the Blackhawks’ weak defensive play was always going to lead to more goals against, no matter how spectacular Fleury was in net. And sure enough, the Avalanche took a 2-0 lead at 6:41 of the third period.

For some inexplicable reason, the Blackhawks decided to leave Mikko Rantanen – a player on pace with nearly 50 goals this season – so completely alone in the bottom slot that he had several seconds to wait for Fleury before placing a nice backhand. in the net. Gabriel Landeskog’s pass from the boards was also incredible.

Unfortunately, the Blackhawks couldn’t come back in the final 13:19 of the game — even shooting the goaltender with over four minutes left — and fell 2-0 to the Avalanche. .