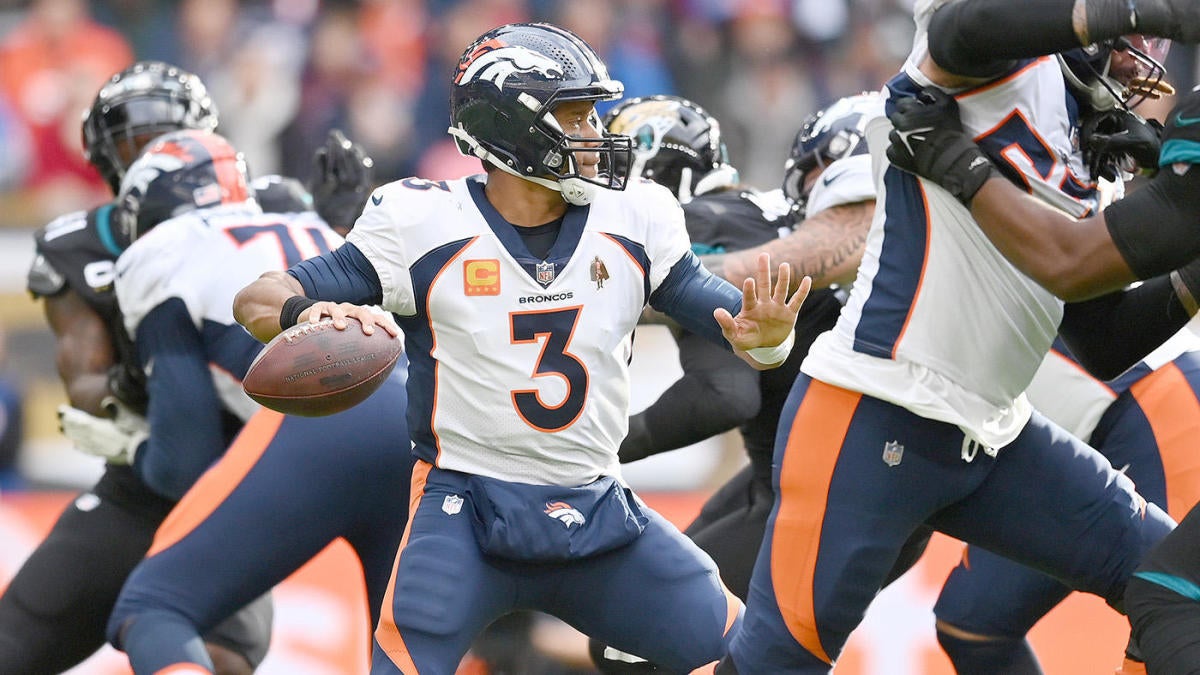 After two quarters, the Jacksonville Jaguars have a 10-7 lead over the Denver Broncos in London, England at Wembley Stadium.

The Broncos’ offense struggled to come out, quarterback Russell Wilson nearly throwing an interception on his first pitch of the game, only to get knocked out on Denver’s second drive. The Jaguars capitalized on the turnover and scored a touchdown after the interception as quarterback Trevor Lawrence found Evan Engram for 22 yards in the end zone and with the extra run the Jag took a lead of 7-0.

The Broncos defense struggled to slow the Jaguars, who were falling back into the red zone. Even when Denver stopped Lawrence and Co., a defensive penalty would backfire. Denver managed to put up a huge play, when Justin Simmons intercepted Lawrence’s pass in the end zone intended for Zay Jones.

The Broncos finally got on the board with a touchdown with just under three minutes left in the half. Jerry Jeudy set the score with a 25-yard run, then caught a 6-yard pass from Wilson.

With a minute left at the half, Wilson had the chance to shake things up deep in his own territory with two timeouts. The attack was approaching field goal range, but Wilson was sacked, finally ending their chance for points before half-time.

Travis Etienne leads the way on the Jacksonville offense after rushing in for 94 yards in the first half on 8.5 yards per carry.