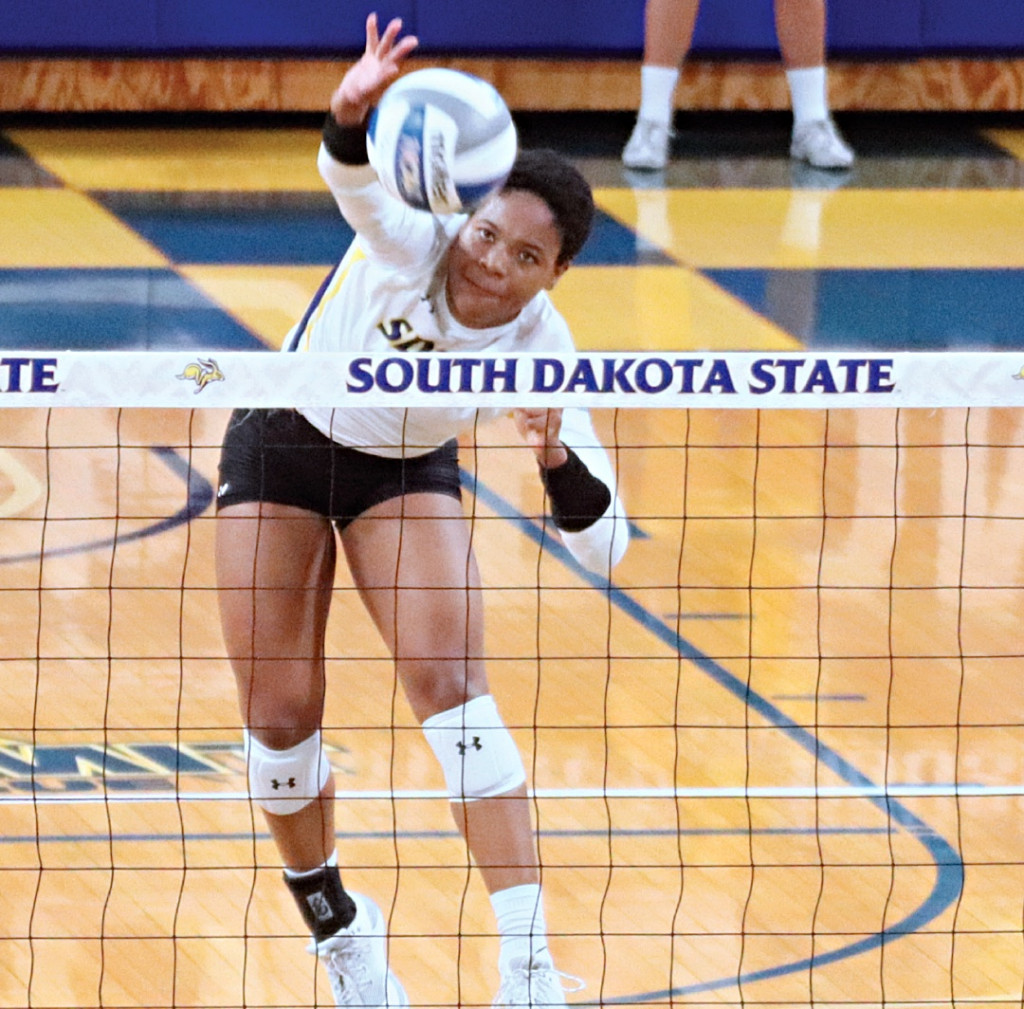 SDSU head coach Dan Georgalas, who is in his second season, said the playoff spot was important to his schedule.

“[Getting to the Summit League Tournament] is a big step [for our program]”Georgalas said.” I give our group a ton of credit. We wanted a winning record, which was 16-14. We finished 18-11 in the regular season. We entered the conference tournament for the first time. times since 2010. I think this is a big step for us. This year was the first full season for our staff to come out of the pandemic.

â€œI think it’s a huge accomplishment and we’re all very proud of it. All the while, we’ve been preaching to the team that it helps move the agenda forward. Now the hope should be to have a winning record every season and make the tournament the norm, and then we will continue to climb the ranks and try to win conference tournaments after that.

It was the first time since 2012 that SDSU had a winning record. The Jacks went 6-10 in Georgalas’ first season, which was pushed back to the spring and they only played conference games. SDSU went 27-167 in the previous seven seasons before Georgalas became head coach

Georgalas said when he got the job his goal was to get to the Summit League tournament and reverse the schedule and he believes his schedule is ahead of schedule in the rebuilding process.

â€œI would say we have exceeded my own expectations a bit,â€ Georgalas said. â€œI think we planned well and did a good job winning two games every non-conference weekend and it really helped us get a head start on the winning record. 10-8 in the league is definitely something to be really proud of.

â€œI’m really happy with our position in the conference standings because we beat the other schools that are in the middle with us like [Kansas City] and Oral Roberts. We compete very well with the top three schools, but we haven’t selected them yet. In terms of timeline, I feel like we are going beyond what I had already planned for us, but it will take a bit more construction to get into that upper third of the conference]. “
SDSU will face third-seeded Denver in the first round of the tournament on Thursday. The Pioneers have swept the Jacks in both games this season. Georgalas said Denver’s athleticism is what makes the Pioneers such a great team.

“[Denverâ€™s] the talent level is just off the charts. It’s a deep team. They run a 6-2 system with some of the best ball control servers and players in the conference. The setting position is extremely deep and talented for them too. Overall, they are a really athletic and talented team and I am thinking particularly of the serve and the passing. It’s the most difficult game for us. If we can handle the service in reception, which we did quite well at home, we certainly did not play badly. They just performed a bit more in the home stretch when those points mattered the most, â€Georgalas said.

SDSU is coming off two road wins to end the regular season. The Jacks dominated North Dakota state in four sets on November 18, then swept North Dakota on November 20. Georgalas said it was important to win these matches before the tournament.

“I think it was huge [winning those last two matches convincingly]. If you look at what Denver did last weekend. They weren’t able to do that. They lost in fours to Kansas City and took a five-set victory over Oral Roberts where they were down 2-1. They didn’t have those convincing wins and played a very high error. So I like to think that maybe we are in a better position for the tournament. We are perhaps a little happier and more confident. They have a lot more trips to do here than we do, to Vermillion. So I think all of these things are working in our favor, â€he said.

â€œWe have to play a few lights in defense. We have to dig them. We have to be physical at the net, even if we don’t score points with the block, be able to change their shot where they make unforced errors and stuff like that. We have to have a good presence and ultimately we have to play clean. This has been a common message over the past few weeks, we can’t fight, we can’t show off on our opponents’ stat line more than necessary. Looking at Denver’s level of error last weekend, if we can play clean maybe we can knock them out, â€Georgalas said.

SDSU has four seniors on the team. Transfer Graduates Chloe Stitt leads this group with 330 eliminations and a 0.217 hit percentage. Tatum Pickar leads the team in recoveries with 347. Sydney Andrews is fourth on the team in kills with 142 and a 0.274 hitting percentage to lead the team.

“It just makes me super happy [that the seniors get to go to the Summit League Tournament]”Georgalas said.” Especially someone like Sydney Andrews. She was the only four year old we’ve honored this year and she gives a lot of emotion to this program. She gives a lot of physical emotion and emotion. emotional investment Sydney really cares and is a great competitor and has a great personality and a source of energy for us.

â€œAt the end of the day, I’m really very happy that all of our players have the opportunity they have this year. It is definitely a fun achievement to share with them. A coaching transition is never easy and it’s fun to watch all of their hard work pay off.

Senior Crystal Burk leads the team in kills with 412, which is second in the Summit League. She has a pass percentage of 0.227. Burk will use his COVID waiver and play an extra year next year.

Rookie Ella Thompson has had a great first season. She has 176 kills and a 0.245 hit percentage. She leads the team in blocks with 95. Georgalas said he was not surprised at her success.

“I did [think she would be this impactful right away]. I wasn’t sure if she would keep her starting spot all year, but coming out of her senior year of high school, Ella was physically mature and a good athletic player. The lateral speed of the recruitment process impressed us. It is fast and closes blocks easily. We had the idea that she would come and that she would do good for us, â€Georgalas said.

Now that the SDSU has entered the Summit League tournament, Georgalas has said it is time for the Jackrabbits to take the next step, which is to regularly visit the tournament and then win it.

â€œFor me, we should qualify for the Summit League tournament every year,â€ he said. â€œIt was a vision I had of the interview process. The way I see it is that this is the second year in a row that we have done it. We went 6-10 in the spring league. It was good for sixth place, but unfortunately the league downsized our conference tournament from six teams to four teams and we couldn’t take advantage of that playoff accomplishment.

â€œIt’s been two years in a row since we finished sixth which is good enough for the conference tournament so for me we’re creating a trend there and as we get more and more recruiting courses. and as our staff become more comfortable here, I think we’ll continue to move up the ranks in the Summit League rankings.

The first set between the Jackrabbits and the Pioneers is scheduled for Thursday at 7 p.m. You can watch the game on thesummitleague.org.