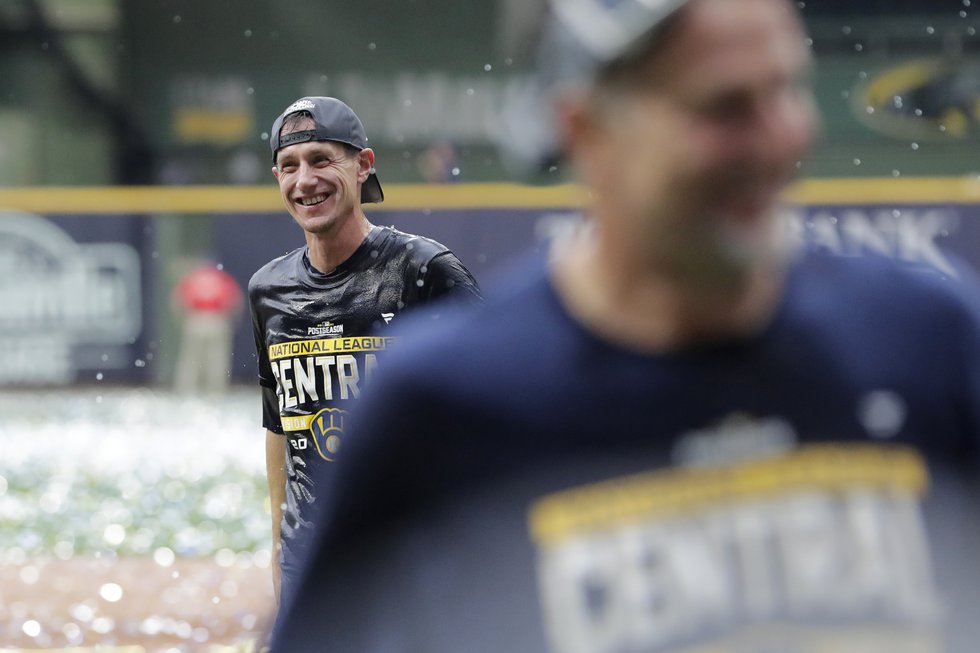 This is just the latest of many challenges Counsell has faced this season, although the NL Central standings might suggest otherwise.

Counsell had to lead the Brewers in a season in which they used a franchise record of 61 players mainly due to injuries. They still won the division with relative ease and will face the Atlanta Braves in a best-of-five NL division series starting Friday in Milwaukee.

“We handled the tough times well,” Counsell said Wednesday. “And that’s all the credit for the whole organization.”

The Brewers say Counsell deserves a lot of praise for guiding a team that maintained a healthy lead in the division even after putting nine players on the COVID-19 injured list this summer.

“He’s very capable and very adept at using the players in his roster to the best of their ability to rack up wins,” said Baseball Operations President David Stearns. “So it certainly hasn’t been any different this year. We’ve had a few more guys that have filtered through this clubhouse than we do in a normal year, but the skills Craig uses to help these guys and to put our team in the best position are the ones. same skills he has used since he got the job here.

Counsell, who played on World Series winning teams with the Marlins in 1997 and the Diamondbacks in 2001, led the Brewers to four straight playoff appearances. This one was a little different from the others.

The Brewers needed huge stretches to make the playoffs in 2018 and 2019. They never went over 0.500 in the pandemic-shortened 2020 season, but still squeezed into the playoffs on the last day of the game. the season after Major League Baseball extended the playoffs to 16 teams that year.

This time the Brewers got down to business early. They landed a playoff berth on September 18 and won the division title eight days later. They won the division by five games after leading up to 14.

Counsell has kept things stable no matter how much the Brewers have had to change their roster over the season.

“How well he communicates with everyone, how he used his coaches, how he uses his players, he keeps us all engaged the whole game,” said second baseman Kolten Wong. “It’s a hard thing to do when you have all these guys and everyone has their own mindset in how they go about it.”

Counsell notes that the Brewers have received a lot of help as their rotation – featuring All-Stars Corbin Burnes, Brandon Woodruff and Freddy Peralta – has remained relatively healthy.

“We’ve been pretty consistent with our starting pitchers and who’s going with it,” said Counsell. “For the most part six guys have taken most of our starts this year and it’s a consistent group. “

The Brewers also got quality seasons from starting pitchers Adrian Houser (10-6, 3.22 ERA) and Eric Lauer (7-5, 3.19). They can count on that depth of rotation to help their playoff reliever box as they attempt to cope without Williams, who went 8-2 with a 2.50 ERA.

Williams broke his pitcher’s hand hitting a wall the night the Brewers won the division title.

“I think some of the starters will play a role in the reliever box,” said Counsell. “I don’t think the heats will be as defined as they were during the season, that’s probably the best way to put it.”