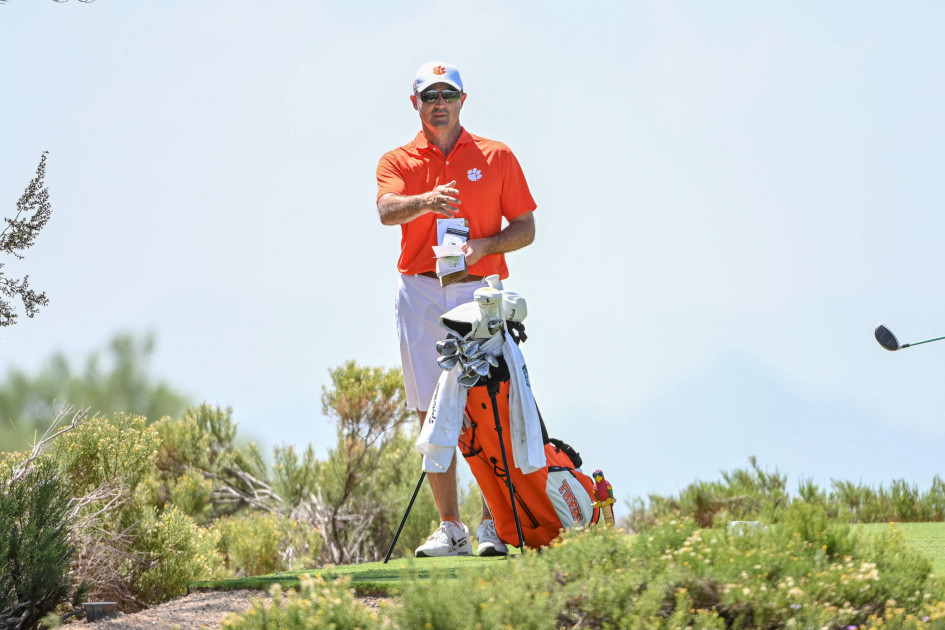 CLEMSON, South Carolina — Zack Gordon and Kyle Cottam remain in the top 10 individually and Clemson is in fourth place as a team after two rounds of Nexus Collegiate at Albany Golf Club in Nassau, Bahamas. The event, the first of the spring for the Clemson team, takes place on the same course that hosts the Tiger Woods Hero Challenge each December.

Tuesday’s weather conditions were far more difficult than any of the 19 PGA stars faced in the Hero Challenge last December. Winds reached over 25 mph on the course which has very few trees, and the scores reflected the conditions. The average score of the 56 players on Tuesday was 80.9 and no player shot even par or better. Only 20 of 56 players beat 80. For the first two rounds, all 18 holes played over par, including the par-four 18th hole which played at an average of 4.80.

Cottam finished strong, playing the last seven holes at one under par. He birdied the 18th hole for the second straight day, the only player to do so. There have only been six birdies in the 112 rounds played so far. Cottam had a 72 in the first round, the best round of the tournament so far by a Clemson golfer and he sits in eighth place individually at 152.

Kian Rose had the best round by a Clemson golfer on Tuesday with a 77-5 over par. The freshman shot an even 36 up front, then a 41 out back. With six bogeys and a birdie, he was the only Clemson golfer not to have had a double bogey on Tuesday. His 20 pars so far in the tournament are also the best among Clemson golfers. He improved 14 places from 17th place in Tuesday’s individual race.

Jacob Bridgeman, Clemson’s No. 2 ranked golfer of all time in stroke average, had a par 83 of 11 on Tuesday, another example of how difficult the course was in the second round. Carter Pendley also had an 83. Rookie Sean Curran is playing the tournament as an individual and had an 81.

The final round of the nine-team tournament will be played on Wednesday. Live scoring is available at golfstat.com