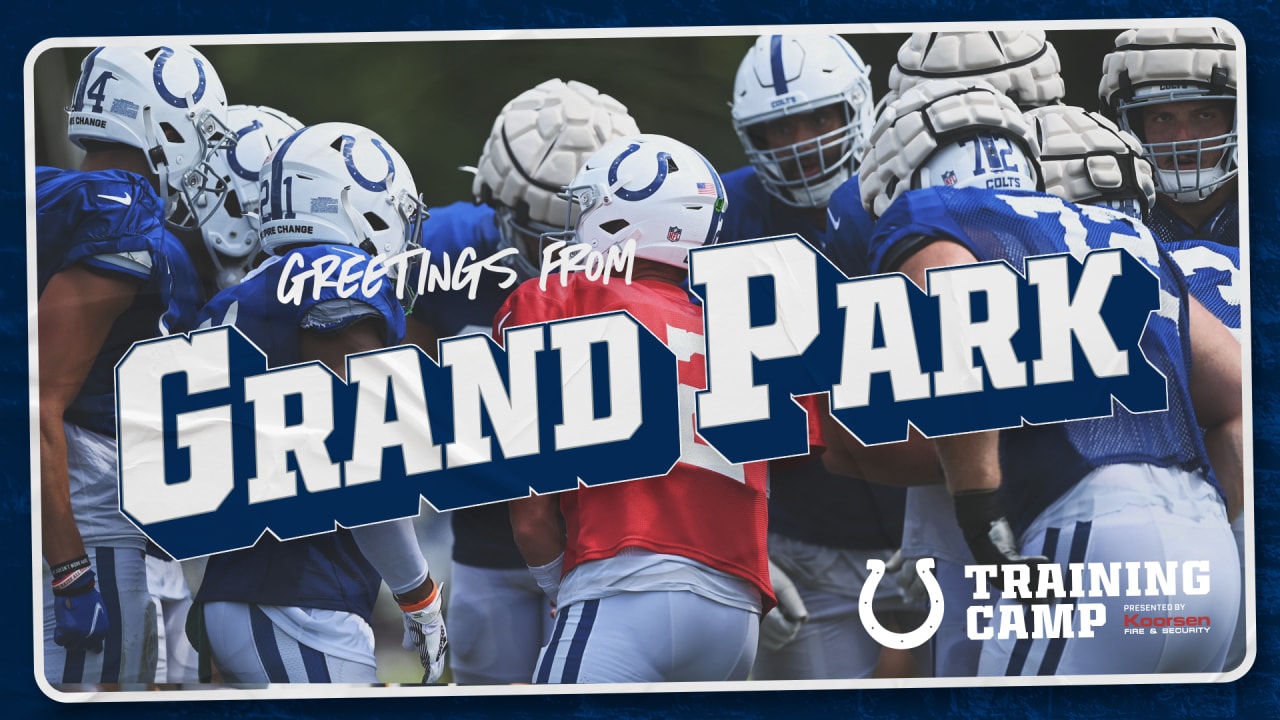 WESTFIELD, Ind. –The Colts could have returned to the Indiana Farm Bureau Football Center after wrapping up their preseason game against the Detroit Lions on Saturday. But the team is still based at Grand Park in Westfield for another week for one overriding reason, as head coach Frank Reich explained:

So the Colts headed to the Grand Park training grounds on Tuesday for their final days at their home away from home in suburban northern Indianapolis, where they have been stationed since the last week of July. The Colts will practice again Wednesday and Thursday at Grand Park before their preseason finale at Lucas Oil Stadium against the Tampa Bay Buccaneers on Saturday, then return to 56th Street.

“We could come back a week earlier, but administratively with the number of guys we have and the setup we have, it makes sense to stay here,” Reich said. “The players like it here, the coaches like it here.”

Plus, spending this week at Westfield means one less week of wear and tear at the team’s training grounds, Reich said.

But the Colts are extremely grateful for the opportunity they have at Westfield – and are relishing the opportunity to put their team in front of the fans for nearly a month before the regular season.

“We thank Westfield, and I’ve seen the mayor (Andy Cook) here and what a great job they’re doing for us,” Colts owner and CEO Jim Irsay said on Tuesday’s episode of the Official Colts Podcast. . “And for me, it’s so powerful to be in training camp, to be at a scrimmage – you know, my 51st season, and it brings back memories, the best memories of my life being in camps training from the start with Johnny Unitas has returned to Golden, Colorado.”

Other news, notes and observations from Tuesday’s practice:

Shakib Al Hasan captains Bangladesh in Asian Cup, but BCB president is in charge and cricket is in chaos