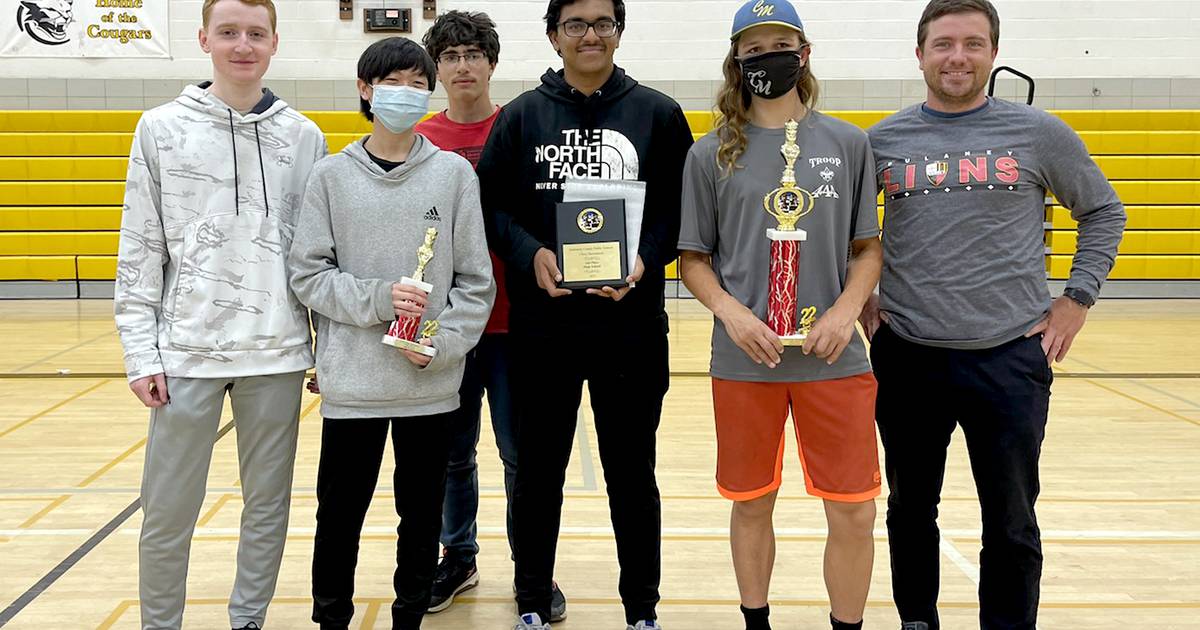 On a recent Saturday, rooks and pawns, bishops and knights, kings and queens all flew on chessboards when 100 students representing 21 schools gathered at Cockeysville Middle School for the 10th annual Baltimore County Public School Chess Tournament. . Around 500 matches later, the champions were crowned and the winners took individual and team honors.

The high school contest was a very close race at the top with Hereford High narrowly edging out the Dulaney High team by just half a point. At college level, Dumbarton Middle took the honours, followed by Ridgely Middle and Cockeysville Middle, who both scored 13.5 points in the tournament. Honeygo took over Hampton in the Elementary Division with our local Warren Elementary taking fifth place. Individually, Nathan Revelle of Cockeysville Middle topped the College Rankings and Patrick Brayton of Dulaney ranked third overall for high schools.

The Dulaney Chess Club is active and is coached by a math teacher, Hal McVeigh. The club has a large active participation and had even become strong during the pandemic, when players could meet and play games against each other online. The five students selected to represent Dulaney in the BCPS Chess Tournament secured their places through “challenge” matches.

According to Mr McVeigh, “three of our five players were freshmen, so we expect to be a strong club for a long time.” The Dulaney team included Patrick Brayton, Luc Du, steven anton, Sahil Nilkanthche and Georges Darraj with most of the team placing in the top 10 of the tournament. Other local representatives included the Warren team of Matthew Blake, Kareena Saywack, Anabel Koch, Boubacar Kanoute and ryan baldwin. At college level, Nikhil Lazarev, Victor Sanda, Maadhav Kalaiselvan, Kevin Wang and Jing Wei Lau represented Ridgely with Nathan Revelle, Colby Kaminski, Ryan Lin, Gabe Darraj and Luke Ritter on the Cockeysville list.

Glenn Segal, science teacher and chess club advisor at Cockeysville Middle, has long been the BCPS Chess Champion and has worked diligently to develop the program. In 2019, the last year before the pandemic, a record 282 participants took part in the ninth annual BCPS Chess Tournament.

Mr. Segal has introduced chess to a large number of students over the years. In particular, he was a direct influence on Mr. McVeigh, who was not only his 6th grade science student, but was a member of the Cockeysville Chess Club during his college years. Mr McVeigh was one of the first students to be inducted into the Cockeysville Chess Club Hall of Fame and he recalls: “It was a great experience where I met friends who I keep in touch with today “.

This is Mr. Segal’s final year in charge of the tournament, as he retires from BCPS, and he expressed his thanks for all the support given to BCPS chess over his 31 years and his pride in all those who are affiliated with the program – players and coaches – for making it the best in the state.

Thank you, Mr. Segal for all of your passion and dedication to the students of Cockeysville and BCPS. Enjoy your retirement!