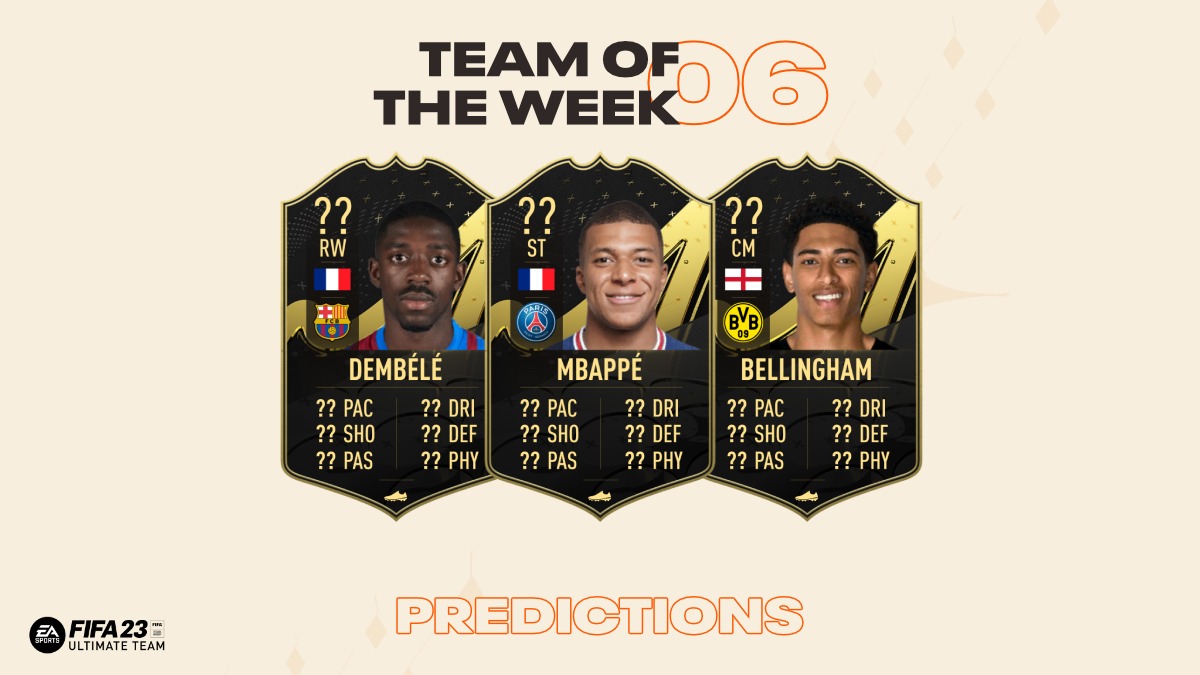 After the National Football League matches of the week, here are your FIFA 23 TOTW 6 predictions.

This week’s Team of the Week seems to feature a ton of French players in the squad.

We even predicted that the FIFA 23 cover star will appear in TOTW 6.

GK: Dean Henderson 79 → 82: The Englishman was instrumental in his side’s 1-0 win over Liverpool. His saves throughout the game secured three very important points for the newly promoted team.

RB → RWB: Juan Cuadrado 83 → 85: The Juventus defender was man of the match for his two assists and clean sheet. His team beat Empoli 4-0.

ST: Lautaro Martinez 86 → 87: The Argentine scored twice and assisted another as Inter won 4-3 against Fiorentina.

ST: Kylian Mbappé 91 → 92: Mbappé is in the running for a TOTW article. Two goals and an assist in a 3-0 could be enough to see the Frenchman in the squad.

ST: Antoine Griezmann 83 → 85: The Atletico Madrid striker scored twice as his side won 2-1 against Real Betis

AD: Ousmane Dembele 83 → 85: Another Frenchman in the running for TOTW 6 is Ousmane Dembele. The right winger bagged a hat-trick of assists as well as a goal in a 4-0 win.

CAM → CM: Steven Berghuis 82 →84: Berguis is another player who received a perfect match rating of 10/10. The Dutchman scored twice and assisted a goal in a 4-1 win.

MAO: Mike Tresor 72 → 79: The Genk attacking midfielder bagged a hat-trick of assists in a 3-1 win over Antwerp.

MOC: Remy Cabella 74 → 80: The Frenchman scored twice as Lille moved up to 6th place in the standings. His two goals ensured a 4-3 victory over AS Monaco.

Team of Week 6 will be released in:

If a Mbappé TOTW article is published, it would pair perfectly with TOTW Neymar who has featured in TOTW-5.