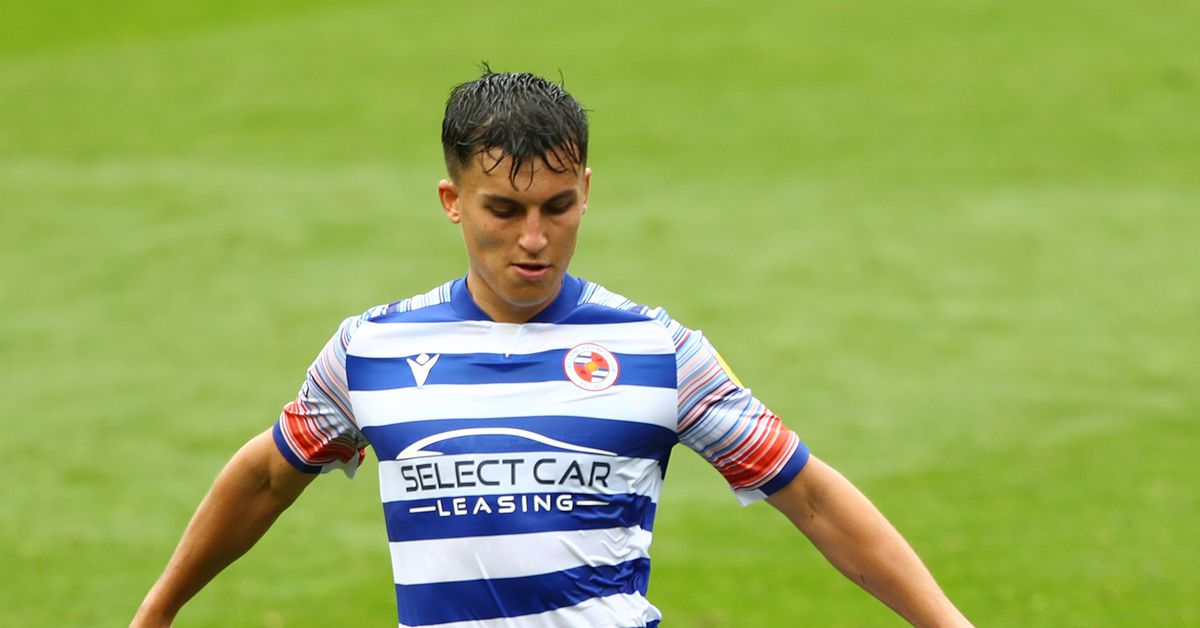 Once again Reading had the defensive setup of Andy Yiadom, Tom Holmes and Tom McIntyre. Skeptics and most of us fans, in truth, could say that these were three of the last four who scored a ton of goals last season. What’s worse now is that they’re playing in a system that’s new to them and they don’t seem comfortable in it.

McIntyre, the Reading FC poster, had a shock. While fingers will be pointed at Joe Lumley for the disastrous third goal, Tom could be stuck for probably two of the other three. He lost his man, Wood, for the first and showed signs of lacking focus for the second and fourth.

Whether it was the setup that didn’t suit Tom (and Yiadom) or the positioning, it was a day to forget for McIntyre. It has often been said that he is too small to be a commanding centre-back and would be best deployed as a deep-lying central midfielder. On this show, it’s hard to argue against it.

That said, it was not just a matter of individuals, far from it. Rotherham played a simple game: fast forward and expose our high line. This was rewarded twice with very simple objectives. Ince said after the game that ‘we, we are poor’ – that can’t be denied, but you have to question the high line when we don’t have centre-backs with pace to cover.

Perhaps the defensive setup would have had different results with players like Naby Sarr and Sam Hutchinson available where the back line would be physically stronger. Ince comes up with the idea of ​​playing with a back three, but doesn’t have the right personnel within him as Yiadom is really wasted in a back three.

Along with all the misshapen shenanigans above, chasing starting games like an asthmatic sloth is not lost on anyone. In every game this season, we have cashed in very early in the procedure. Obviously, this cannot continue. You can’t set a goal and have a mountain to climb every time. It worked once against Cardiff City, but every other game ended in failure.

Despite all the other changes that have been made to “soft malaise” as Ince called it during the recent Fans Forum, this team’s mental makeup still needs a massage.

In many away games in particular, Reading have been bullied too easily, the pace is too slow and they don’t take the game against the opposition (although that could also be said of home games) . These traits are hangovers from last season and before. They cannot be eradicated quickly, but when they appear they shine like the summer sun.

In all fairness, the season is only a few weeks old and there are many mitigating factors to consider. We are still marred by injuries. Hutchinson probably would have played, as would Ejaria (who was a big miss, bigger than expected), lack of power to help Shane Long, who can’t keep playing Wednesday/Saturday/Wednesday any longer. The only ongoing saga of the less-spotted Naby Sarr we know of is now a Reading player, but the EFL continue to stifle this pending deal until we can get someone out.

We haven’t found a stable form in midfield either. However, the arrival of Mamadou Loum will eventually bear fruit. He looks at business. But everything else around him will have to calm down and we won’t be putting square pegs in round holes anywhere else – it all looks very familiar.

Results like this will happen this season; this is to be expected up to a point. The siege mentality we were told to expect, and which we saw against Cardiff, was AWOL in Yorkshire. It was a six-pointer very early in the season and we bottled it. Although he is not in the last three, this kind of result and performance stings mentally.

Tom Ince looked particularly furious late in the game, and we’ll need that fury and for the team to come together and achieve the sort of cohesion that all teams need to be successful. This all comes from playing a stable team. We haven’t had this for a very long time.

There is time, a lot of time. Ince hasn’t had the luxury of bringing in a top left-back, or the defense he wants. The midfielder needs to find his feet and settle in. Up front, you also need power and goals to come back. He wants a bench with options and not just academy kids he hates using.

What Ince can’t and shouldn’t do is let those players dry out by not making substitutions. They may have been the ones who got themselves into this mess, but don’t whip a dead horse to make a short-term point. Longer term, this team will hopefully gel and produce, but for all the decisions that couldn’t be made or weren’t made, it was another day to forget.