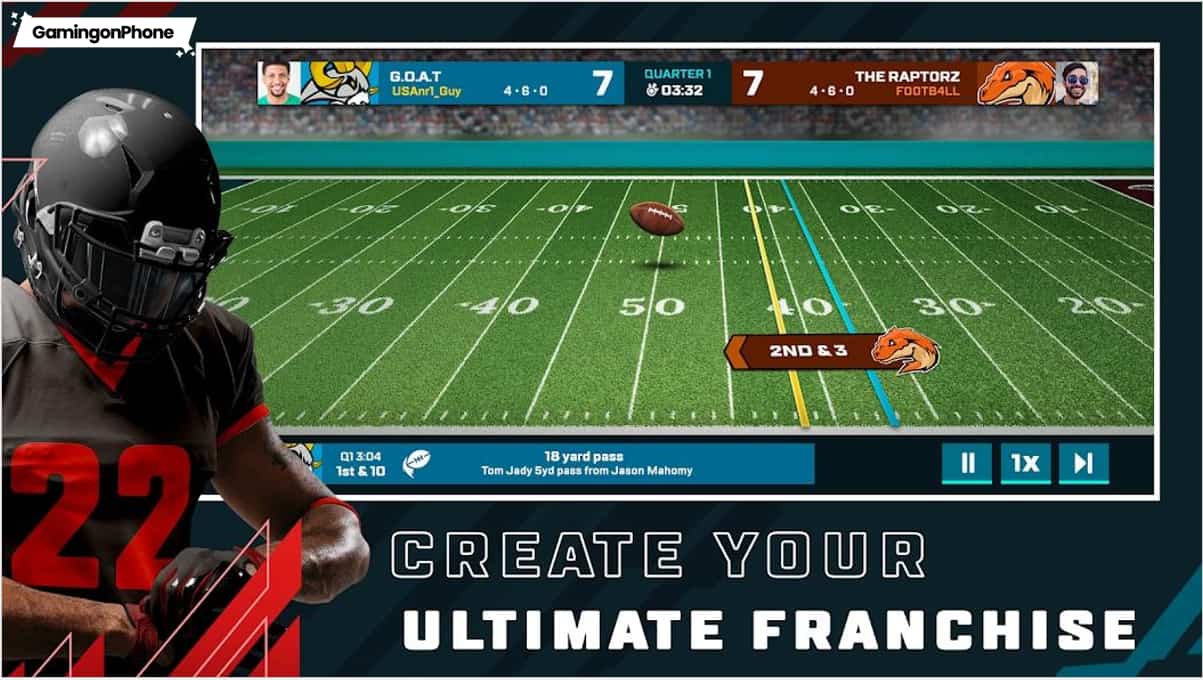 Football Head Coach 2022 is strategic American Soccer game developed by Gamebasics B.V.. In this game, players will be given the role of head coach of the franchise they want to be a part of. From there, they can create their dream team and use their unique tactics to turn their team into league champions. Football Head Coach 2022 is now available in the WE, Braziland Mexico for now and will soon be launched in other regions.

Players will be able to create their franchise and will be designated as its The head coach. Thereupon, they will be responsible for making all decisions with the best interest of their team in mind. They will have to decide on different and unique formations. And also decide on unpredictable tactics and train with their players in tag team matches to test them.

Players will also need to buy and sell players for their team very carefully in the Transfer market and get players who best match their formations and playing styles. Players will need to buy themselves a quarterback, running back and wide receiver as well as more team players to fill all positions of the team.

Play multiplayer matches and qualify to win the world championship

The game also allows players to play against other head coaches in multiplayer matches. The more matches a player wins, the faster he will gain ranks. This will mean competing against tougher teams to keep the competition fun. Players will need to use a variety of tactics, each better than the last game to qualify for the playoffs and become the world champion. The game also provides stunning visuals for a rewarding and exciting gaming experience.

Football Head Coach 2022 is free to download and play, but players can also purchase some in-game items with real money. Interested gamers from selected regions can download the game from both App store and google play.

Are you excited like Football Head Coach 2022 is now available in certain regions? Let us know in the comments below!