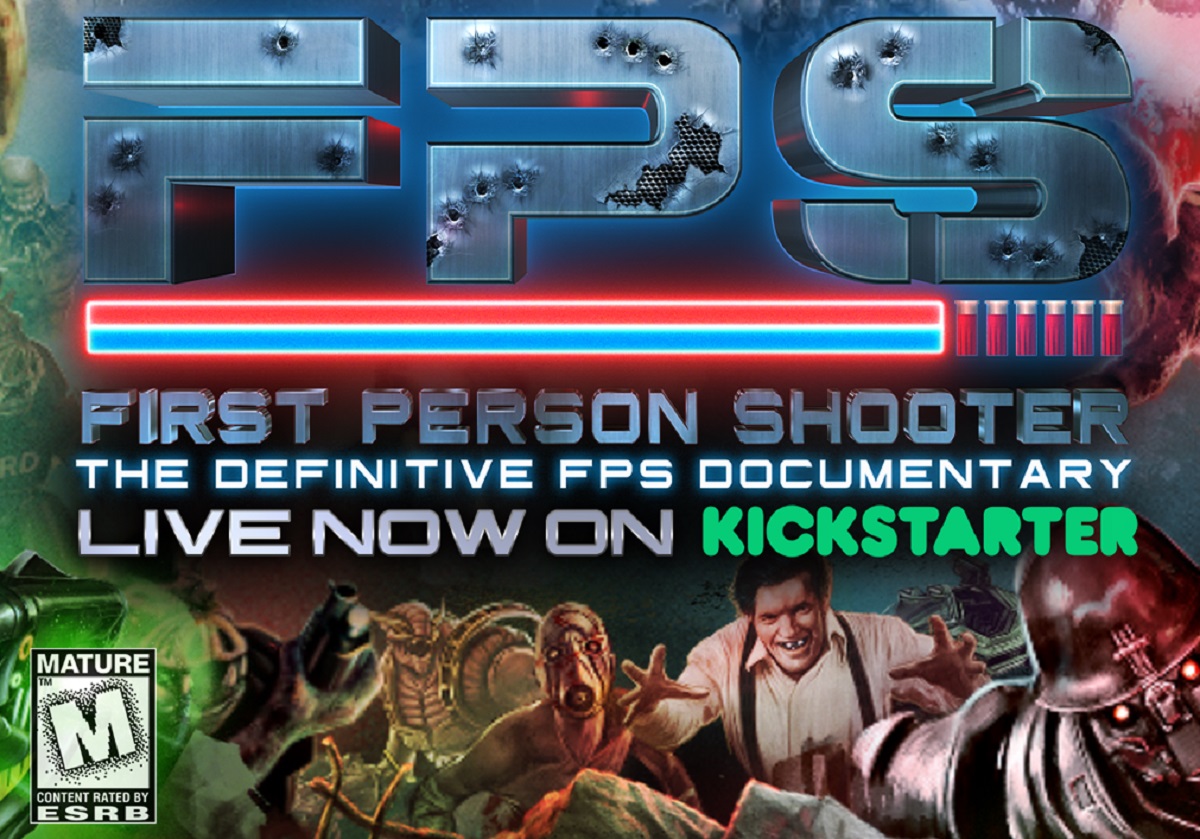 FPS documentary will capture the history of first-person shooters

Where is your business on the AI ​​adoption curve? Take our AI survey to find out.

I was there when Doom debuted as a first-person shooter in 1993. People stayed in their offices late so they could play the game on their work computer networks. While the graphics seem primitive today, Doom was a scary experience. I still remember watching in the dark, then hearing a demon growl before sending a fireball directly at me.

The creators of a new documentary, FPS: first person shooter, revive those memories. CreatorVC has launched a Kickstarter crowdfunding campaign to fund the launch of what they say is a three-hour retrospective documentary capturing the history of FPS games including Doom, Halo, Duke Nukem, and many other titles. The campaign has already received $ 42,000 in pledges, just short of its goal of $ 44,327.

They present it as the definitive documentary that brings together the legends who created the genre, shines a light on the legacy of the most popular and important FPS titles of the past 48 years, and gives fans the chance to get involved in this celebration. iconic.

Over 35 of the industry’s most influential FPS creators have signed on to be a part of the documentary, including Cliff Bleszinski (designer of Unreal, Unreal Tournament, Gears of War); John Romero (co-founder of id Software and Ion Storm); Ed Fries (Xbox co-founder and former director of Microsoft Game Studios); Jaime Griesemer (co-creator of Halo and Destiny); Robin Walker (co-creator of Team Fortress, Half-Life 2); Dave Oshry (director of Rise of the Triad); Dave Lebling (Maze War); Randy Pitchford (co-founder of the creator of Borderlands Gearbox Software); Scott Miller (co-founder of Apogee Software / 3D Realms), and many more.

Some of the best-known players from these titles, such as Amy “Valkyrie” / “Athena” Brady (co-founder of Frag Dolls and PMS Clan), as well as Dennis “Thresh” Fong (recognized as the game’s first professional player) join to these creatives. .

This journey begins from the genre’s humble beginnings in the 1970s with the simple wireframe graphics of Maze War to the present day. It will cover titles such as Wolfenstein 3D, Doom, Unreal Tournament, GoldenEye, Half-Life, Halo, Call of Duty and beyond. The focus will be on behind-the-scenes stories and untold anecdotes in gripping interviews that offer new perspectives on FPS fan favorite games.

“We are thrilled and honored to work with the incredible creators who had the vision to launch and evolve this genre,” said Robin Block, Founder and CEO of CreatorVC, the team behind the FPS games love letter. , in a press release. “As with all our previous documentaries, FPS: first person shooter will be a fan-hosted retrospective on the origins of the genre and its modern domination. Engaging fans and making them co-creators is essential to our creative process, adding their ideas, experiences and expertise to the process. We’re excited to hear from fans on our Discord and social media channels, to find out which games, weapons, levels, characters, industry influencers, and moments fans consider to be the best in genre history. .

CreatorVC is an independent producer of community entertainment: long-lived, factual content funded, inspired and shaped by a community of dedicated fans. CreatorVC previously made In search of darkness, which looks at horror movies and characters from the 1980s. This movie has a 94% “Fresh” rating on Rotten Tomatoes. It made a sequel to that, and it recently funded an ’80s sci-fi documentary Looking for tomorrow, which raised $ 1.3 million from nearly 11,000 backers.

GamesBeat’s credo when covering the gaming industry is “where passion meets business”. What does it mean? We want to tell you how much news matters to you, not only as a decision maker in a game studio, but also as a game fan. Whether you read our articles, listen to our podcasts, or watch our videos, GamesBeat will help you learn more about the industry and enjoy participating in it.

How will you do this? Membership includes access to: