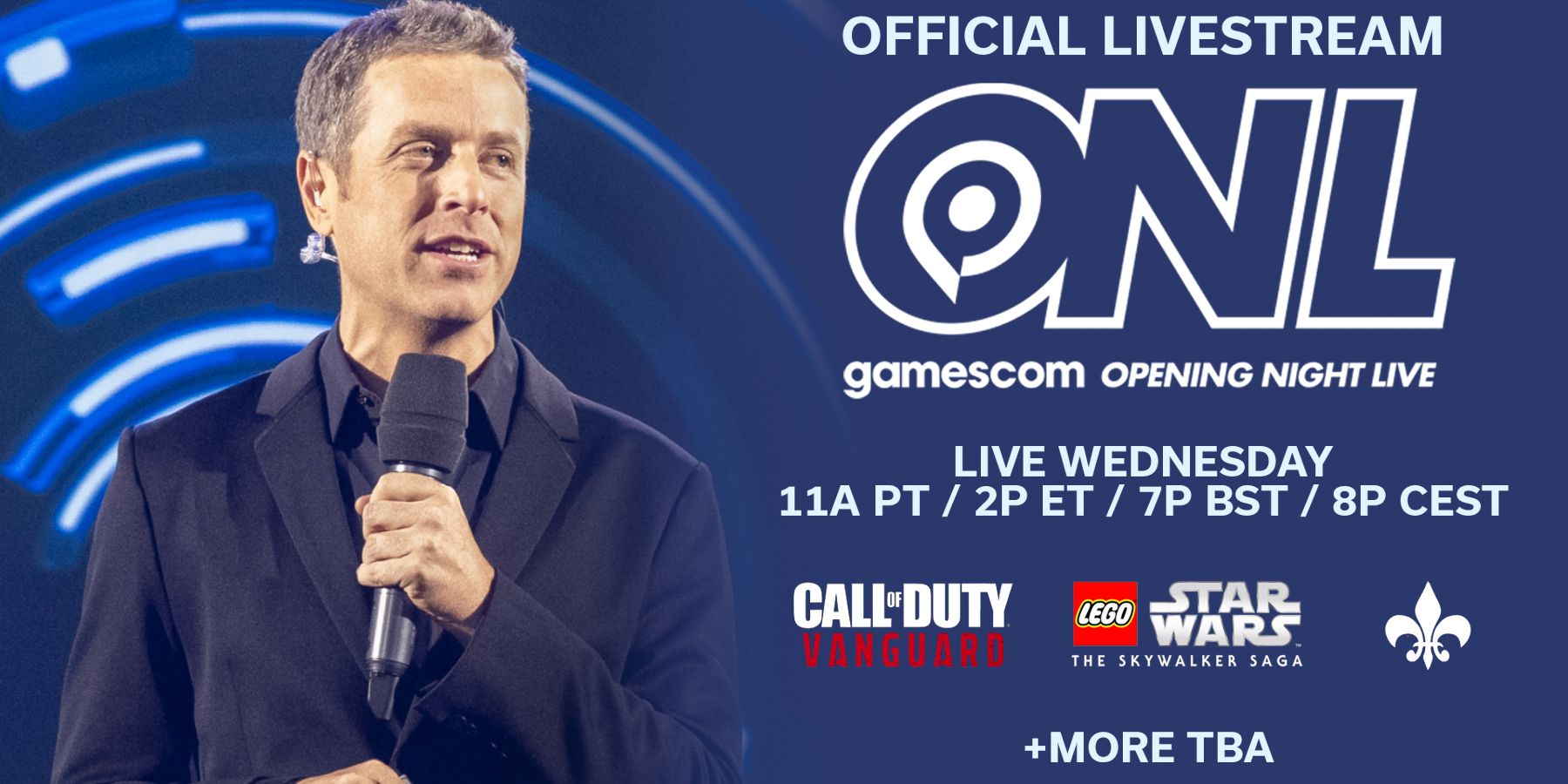 Geoff Keighley shares his hype trailer for Gamescom’s opening night on Wednesday, teasing some of the more than 30 games that will be released.

Next week one of the most exciting events of the year will launch Gamescom 2021. Geoff Keighley’s Gamescom Opening Night Live kicked off in 2019, a flagship convention event full of new game reveals, announcements, and plenty of other surprises. Keighley is bringing ONL back for Gamescom’s digital / in-person hybrid event for 2021 and the excitement is already growing. To help build the hype for Gamescom ONL 2021, Keighley has now released a trailer.

Keighley’s “Hype Trailer” is something he has done for most of his events over the past few years. It does what the name suggests, showcasing a ton of recent and upcoming game releases layered over several clips of dramatic video game dialogue and audio. There are two clear objectives with the Gamescom ONL media trailer. First, to get people interested not only in Gamescom, but also in video games in general. Second, to make people curious about what games might be released this year.

Those who might be persuaded to think that Keighley just cut some remaining Summer Game Fest trailer clips will be surprised to learn that these are all games confirmed for Gamescom ONL. Gamescom’s official Twitter account responded to Keighley by sharing the new hype trailer, stating that these games will all be featured.

Of course, what’s most exciting about reveal events like Gamescom ONL are the games they can’t tease as part of a hype trailer. The hype trailer features games that have already been announced. There will be a lot of announcements of new games, including a new one Saints Street, also.

Those whose interest has been piqued by Keighley’s Gamescom ONL hype trailer can look forward to next week’s event. Gamescom Opening Night Live will air on Wednesday, August 25 at 11:00 a.m. PT / 2:00 p.m. PT. It will run for two hours and feature over 30 different games, then Gamescom itself will last until August 27.

MORE: What To Expect From Gamescom 2021

September will be a crucial month for Xbox’s Games with Gold program, as it could set the course for the service’s future.

Seasoned journalist and editor with over ten years of experience. Probably reading comics.