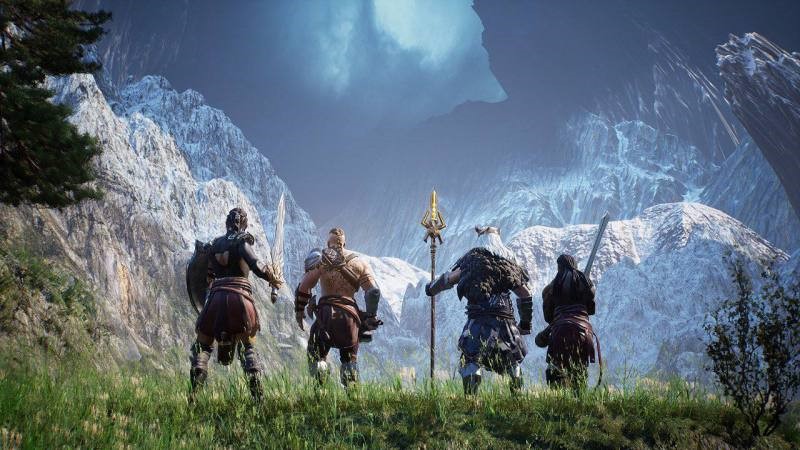 With the global gaming market expected to reach a valuation of $315 billion by 2026 and global cryptocurrency adoption reaching new heights every year, Gods of Asgard appears to be a forerunner of Web3 by effectively combining decentralized finance (DeFi), non-fungible tokens (NFT) and high-quality graphical gameplay to deliver top-notch entertainment and a rewarding experience for all players.

The primary goal of Gods of Asgard is to incorporate the utility of NFTs as playable game characters that plug into a robust gaming platform, while allowing players to retain full control and ownership of their in-game assets and earn rewards for the achievements they accomplish in-game.

Set in the realm of the Midgard universe and deeply rooted in Norse mythology, players will be introduced to a vast open world built on the Unity game engine. Inspired by games like Ring of Elden and Fortnite while delivering realistic 3D modeling graphics, the platform provides players with a fully immersive gaming experience embracing exhilarating Player-versus-Environment (PvE) battle royale style gameplay with a simple motto – Battle | survive | To win.

Additional features include the ability to level up (summon) next-gen NFT characters, sacrifice existing NFTs to upgrade characters to higher levels, and scholarship programs allowing owners to rent out their NFTs to players in grass who discover the game.

Gods of Asgard will launch with a dual-token architecture consisting of $THOR and the game’s native currency, $ASG. Players are rewarded with $ASG tokens for winning individual gaming sessions or accumulated winnings through scholarship programs. The monetization strategy will come into play for owners who can immediately sell/exchange their NFTs/tokens through the secondary market and DEX exchanges or choose to invoke/sacrifice their NFTs for larger future payouts.

A total supply of 19,000 NFT Genesis Zero will be available at mint during the month of May. This first batch of NFTs will be ranked as the only legendary tier status in the game and offer the highest earning potential over their summoned counterparts or future batch releases.

Gods of Asgard is the first branch of the Thor Financial ecosystem, aiming to bring an all-new utility and revenue stream while bringing additional innovation to the GameFi sector. Future integration with dedicated Sandbox metaverse plots and the continued expansion of their development team ensures a guaranteed path in creating interoperability and a unified ecosystem across all of Thor Financial’s offerings.

About the gods of Asgard

Gods of Asgard is a P2E blockchain NFT game set in an immersive open world. A project that focuses on GameFi and NFT innovation while envisioning a pioneering role for itself in helping gaming evolve from a source of entertainment to a legitimate source of revenue.

THE SOURCE: Gods of Asgard