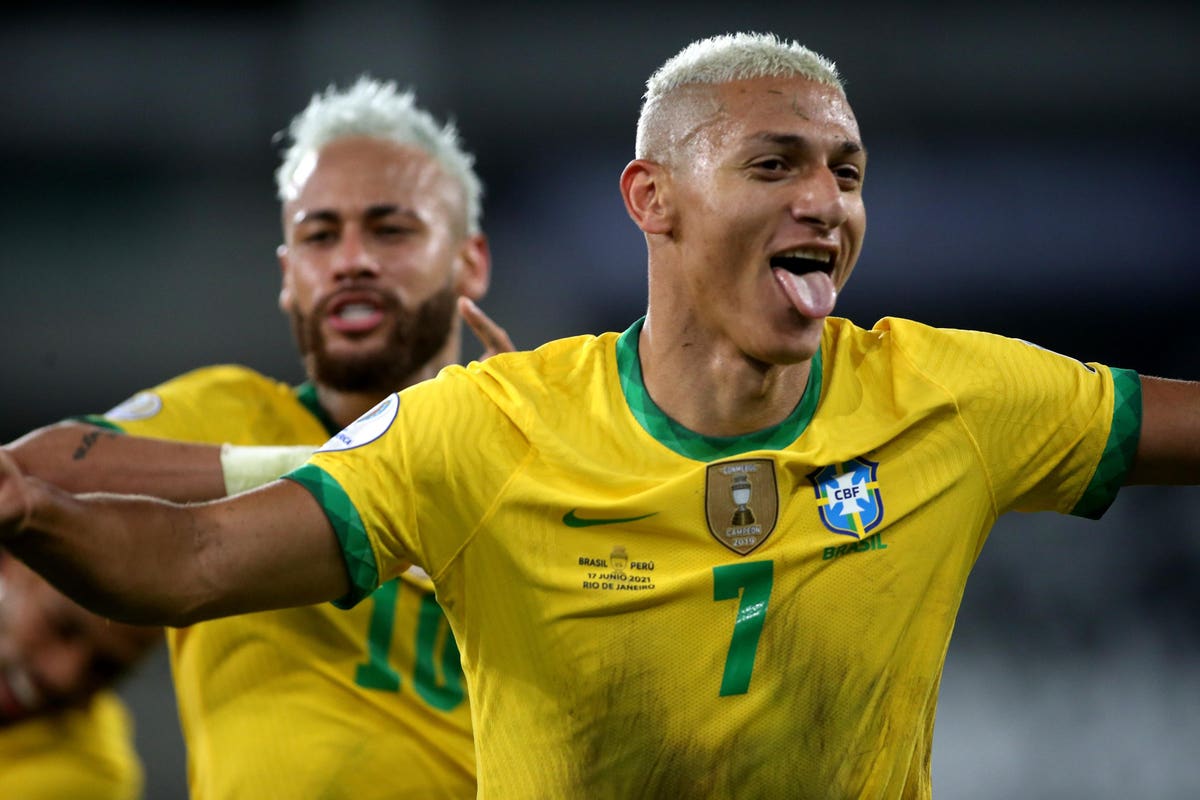 Men’s Olympic football at Tokyo 2020 kicks off this Thursday and several Premier League stars will be in action. With the absence of supporters in the stadiums and the overlapping kick-off times, European supporters will not see much of their progress.

But their time in Tokyo, along with the players’ late return to their clubs after reaching the final stages of Euro 2020 and Copa America 2021, means some teams could be severely weakened in the first three weeks of the season. season.

Brazil are very keen to do well in Tokyo 2022. Together with Spain they have the strongest team on paper, while hosts Japan have been preparing their Olympic squad for years.

The Spanish team are so strong because La Liga and the Spanish federation have an agreement to release players for the Olympics, even though that is not on the FIFA international fixtures schedule. Barcelona star Pedri was part of the Euro 2020 tournament squad and could do the same in Tokyo. He is joined by other La Liga stars like Pau Torres, Eric Garcia, Unai Simon, Carlos Soler and Dani Ceballos

Teams from most other leagues are not required to release their players, but given the unique opportunity to play in the Olympics, several clubs have allowed players to travel to Japan. In 2008, then Barcelona manager Pep Guardiola allowed Lionel Messi to play in the Olympics and he came back with a gold medal, while on the other hand, Chelsea midfielder John Obi Mikel claims that he was marginalized by Antonio Conte because of his participation. with Nigeria at the 2016 Olympics.

The Brazil squad could have been as strong as Spain had it not been for some managers to force several key players to give up, but they are certainly not weak. In fact, some of those dropouts led to Richarlison of Everton and Gabriel Martinelli of Arsenal being called up. Richarlison hasn’t had such an impressive season in 2020/21 as in his previous two seasons at Merseyside, but his absence will certainly be felt at Goodison Park early in the season if James Rodriguez did not stay with Everton.

Aston Villa will also be missed by defensive midfielder Douglas Luiz, who was part of the Copa America squad as well as the Olympic squad. Luiz only missed five Premier League games for Villa last season, but could miss as many as next season’s first three if Brazil reach the final.

New Zealand are not among the Olympic favorites, but if they go far it could cause problems for Burnley, whose main striker Chris Wood represents his country in Tokyo. Their season opener Brighton and Hove Albion will likely do better in the face of the absence of Argentina midfielder Alexis Mac Allister who is still trying to prove himself as a key member of the starting XI by Graham Potter.

Manchester United should be able to do without Eric Bailly and Amad Diallo for a few weeks, but with Harry Maguire’s late return from Euro 2020 they could be in trouble if one of their other center-backs gets injured in pre-season.

Manchester City, Manchester United and Chelsea had the most players in the later stages of Euro 2020 or the Copa America, so there could be some rotation for their first round and for Manchester City’s Community Shield game against Leicester. City. But Aston Villa and Everton don’t have the squad depth of those other teams, so they could suffer more from the return of players like Jack Grealish or Jordan Pickford, especially since new Everton manager Rafa Benitez, has yet to get to know his team. .

Tottenham Hotspur are rumored to be trying to sign Japanese defender Takehiro Tomiyasu, but his appearance at Tokyo 2020 could delay his arrival in north London. Spurs were also lucky as Son Heung-min, who had been cleared to play at Tokyo 2020, was not included among South Korea’s major players. Shortly after leaving Seoul for London, over-aged player Kim Min-jae gave up, so if Kim had given up sooner, there’s a chance Spurs could have been without Son Heung-min and Harry Kane for their Premier League opener against Manchester City.

The impact of summer tournaments on the Premier League is relatively minor compared to this season’s Africa Cup of Nations tournament in January. This tournament takes place in Cameroon from January 9 to February 6.

The Premier League’s winter break and two FA Cup rounds mean that if the players reach the CAN 2021 final they are only likely to miss four Premier League games, but these players could also suffer later in the season. because they won’t have had the same winter break as the rest of the league.

Liverpool could be massively hit due to the loss of star players Sadio Mane and Mohamed Salah, and Arsenal will lose Nicolas Pepe, Pierre-Emerick Aubameyang and Thomas Partey.

But it could be Leicester City and Watford who are suffering the most. Watford could miss up to half a dozen players, including talisman Ismaila Sarr, while Leicester will lose not only Kelechi Iheanacho in form but also three of their defensive midfielder options. Wolverhampton Wanderers could also see a big hole appear in their defense when Moroccan Romain Saiss and Ivorian defender Willy Boly are absent for CAN.

Almost all Premier League teams will lose players due to the Olympics and Summer tournaments or the Africa Cup of Nations this season, but teams with greater team depth will not feel the impact as much as the others.

Players who were cleared to go to the Olympics, however, could return with renewed passion when they finally return to Premier League action.

2 casino stocks with more than 50% upside potential, according to Wall Street