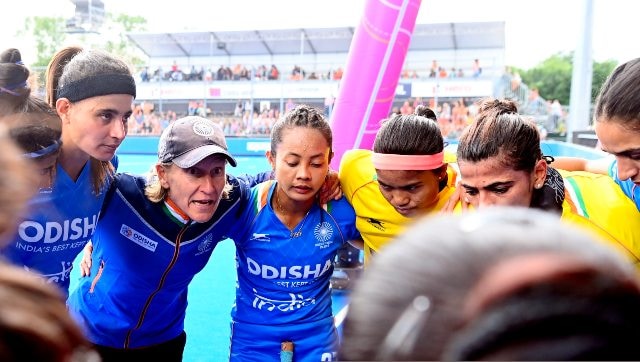 India aim for first victory in game against China

India are clear favorites against China after beating them twice in FIH Hockey Pro League matches earlier this year.

After a spirited defensive display against England in their campaign opener, India’s women’s team will be aiming for their first victory in the 2022 FIH Women’s Hockey World Cup when they face China in their second pool game. B at the Wagener Hockey Stadium, Amstelveen on Tuesday. .

World-ranked eighth-placed India, led by goalkeeper Savita Punia, made a clinical defensive turn against the world No. 4 side which held them off to a 1-1 draw. England weren’t allowed a single penalty corner in the whole game.

Yet despite the brilliance of India’s back line, it was England who scored first as Isabelle Petter netted in the eighth minute. India bounced back with a 27th minute goal from Vandana Katariya which came off a rebound from a corner and the goal scored is one area where they will need to improve considerably to beat China.

India had seven penalty corners but only one resulted in a goal while other attacking moves were also wasted.

“I think we started the game very well, creating a corner from the first minute. England were dangerous at times but we managed to play well with the ball and defend calmly most of the time. We didn’t was unlucky in the execution of our corner and in the end the two green cards disrupted our rhythm a bit Overall I’m quite happy with our performance but I also know that we can be better in some areas “, Janneke Schopman said after the match.

Skipper Savita, who made some fine saves in the game, had also reflected on lost chances.

“We knew it would be a high pressure game, and I’m happy that we showed a lot of character on the pitch. I think we could have done better and converted our chances of winning the game, nevertheless, we picked up a Valuable point against a very strong team, so it’s a positive start for us,” said the goalkeeper.

Meanwhile, world number 13 China also held New Zealand to a 2-2 draw in their match on Sunday.

Regarding the game against China, coach Schopman said: “China are a tough team to beat, they have a very good PC setup and they also defend well. If we can play our own game, we can hope to create opportunities.”

India start as clear favorites against China after beating them twice in FIH Hockey Pro League games earlier this year.

On July 5, the India vs China match will be broadcast live on Star Sports First and streamed on Disney+ Hotstar

Barcelona star Alexia Putellas could miss the tournament through injury