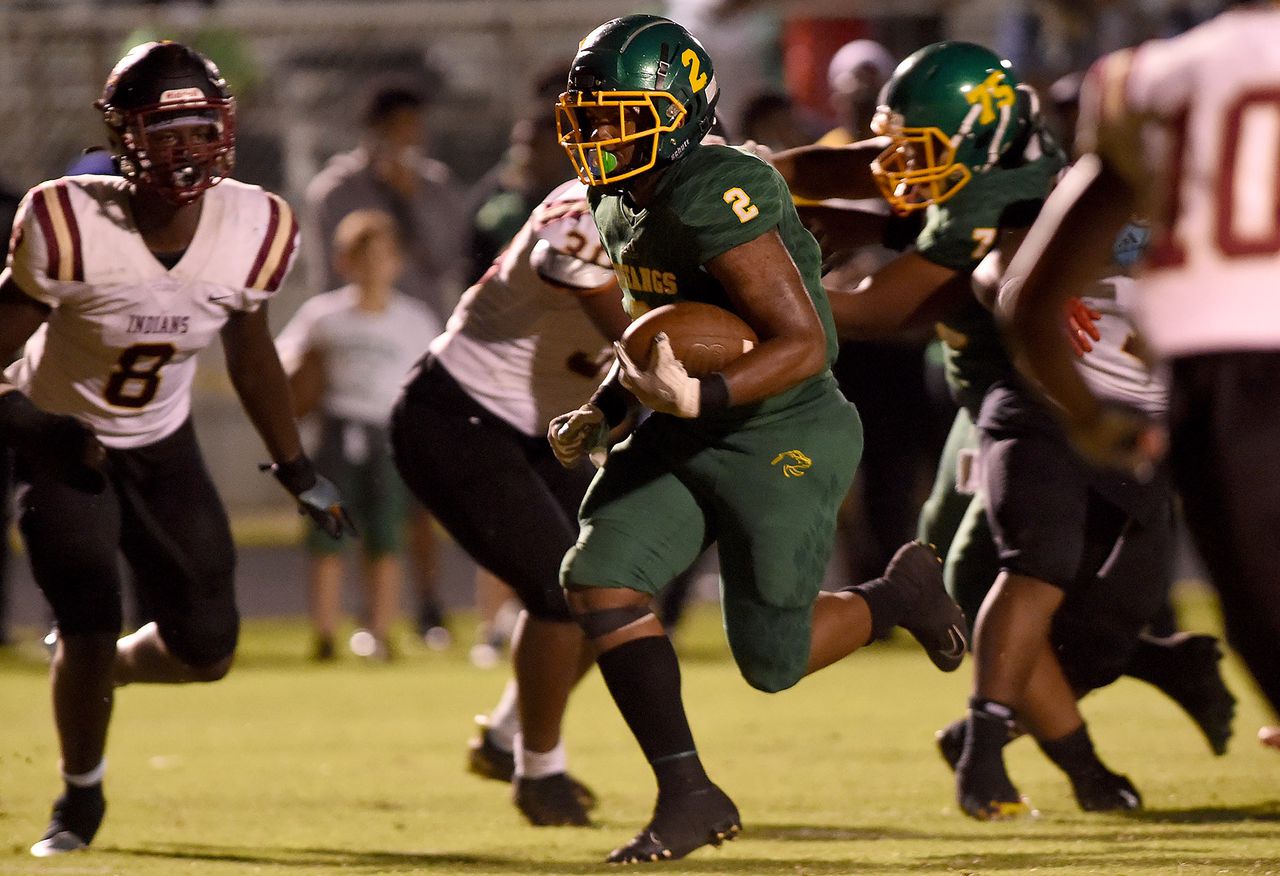 The last time Jackson-Olin started a season with four straight wins was in 2018, when the Mustangs ran the regular season draw for the first time in school history and reached the playoffs. playoffs.

It was something special.

Kason Jones rushed for 180 yards on just nine carries and scored three touchdowns to lead unranked Jackson-Olin to a surprise 36-28 victory over Pinson Valley, third in Class 6A, Region 6 action.

“It’s a special group of kids on this team,” Vakakes said. “If we can play with that kind of energy that we had tonight for the rest of the season, we have a chance to do something special.”

The Mustangs (4-0, 2-0) took a 28-0 lead midway through the second quarter with Jones and quarterback Malek Lowe each producing a pair of rushed touchdowns.

Lowe scored on a one-yard run with 6:24 left in the first quarter, topping a 78-yard practice setup with an interception from Hachel Dumas near the goal line. The Mustangs had three interceptions in the game.

Jones scored on a 64-yard rush in the fourth and second with 54 seconds left in the first quarter.

“I was just trying to get down first, but the hole was so big when I went through it that no one was there, so I kept running.” Jones said. “My offensive line is real. I wouldn’t be able to have these kinds of games without them.

Jones added a 10-yard touchdown early in the second quarter and Lowe scored 3 yards with 8: 127 left in the half. Lowe’s score was established by another interception, this one by Woody Jenkins.

But Pinson Valley (3-2, 2-1) rallied at 28-21 with three consecutive scores. Michael Sharpe had a 2 yard run and Zach Pyron added a yard before halftime, and Pyron had another 1 yard with 4:18 left in the third quarter.

But Jones scored his third touchdown, a 10-yard run, with 10:18 left in the game and the Mustangs’ defense held on.

Pyron completed 17 of 31 passes for 172 yards to go with his rushing scores, but he’s also been selected three times.

“It was a good game, it just didn’t work out tonight,” Pinson Valley coach Sam Shade said. “We really hurt ourselves in the first half. We made bad decisions. We had a chance in the second half, but we just couldn’t put it in place. “

Pinson Valley’s Keywone Posey topped the scoring with a 10-yard touchdown run with 10 seconds left in the game.

“We came out ready to play tonight,” Lowe said. We just have to keep performing and playing hard throughout the season like we have played tonight. “