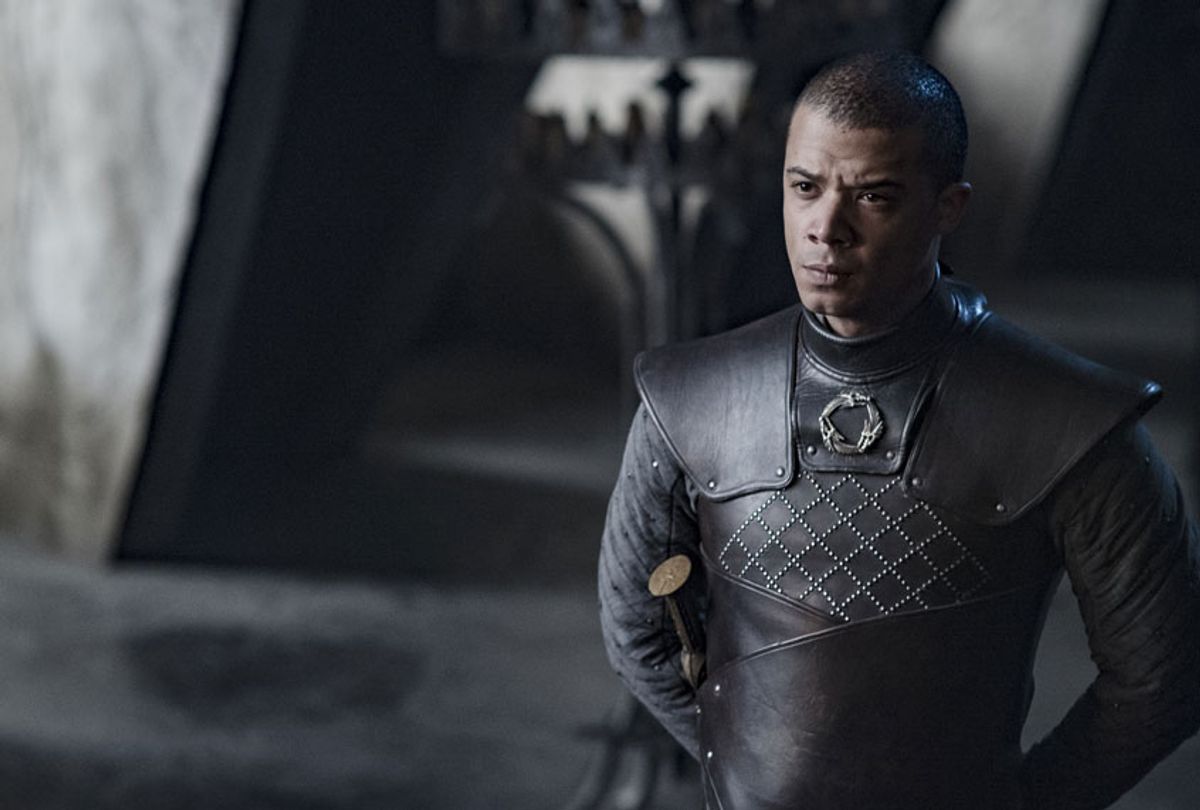 The 13th season of “Doctor Who” ended with the promise of an upcoming regeneration for the Doctor (Jodie Whittaker), but the series was never devoted to the many-faced Time Lord: the companions have always been. just as important, and Season 13 introduced a new potential: Vinder, played by “Game of Thrones” veteran Jacob Anderson (Gray Worm).

At the end of Season 13, Vinder reunited with his beloved Bel (Thaddea Graham) and soared into the stars with their unborn child and “family dog” Karvanista (Craige Els). It seems very possible that he could return at some point. â€œOh, I would love that,â€ Anderson told RadioTimes.com. “Who knows? You never know how the story ends … I would be so excited to bring Vinder back, and have him back in the story.”

Heck, Vinder, and Bel have such a perfect setup at the end of Season 13 that the BBC could possibly give them their own spin-off. But Anderson would be just as happy with a random cameo. â€œI, as Jacob, would love to come back as Cyberman or Dalek number six – gladly. If Chris [Chibnall] just asked me to come over for a day, and you can’t even see my face, I would’ve been like, ‘Absolutely.’ “

Showrunner Chris Chibnall is currently leaving the franchise, with the return of former showrunner Russell T. Davies. Whittaker is leaving as well, although we do not yet know his replacement.

Does that mean Mandip Gill, who has played Doctor Yaz’s companion for the past three seasons, is also leaving? â€œWhat’s great about ‘Doctor Who’ is that audiences are so open to old and new characters all the time. They don’t need a whole new cast every time they start with it. a new doctor, â€Gill told RadioTimes.com.

It’s a bit mysterious. So, does she think she’ll stay after Whittaker leaves? “[N]never say never. “

You never know with this series either. A lot of it works because there are a lot of secrets and then a lot of revelations. And it’s really exciting. And that’s actually what people like, is that they don’t know what to expect, but they still get to guess.

There’s a lot we don’t know about the show’s future, but I’m sure we’ll learn eventually.

But before we do, we’ve got a few more â€œDoctor Whoâ€ specials with the current cast to enjoy. The first, “Eve of the Daleks”, airs on New Years Day.