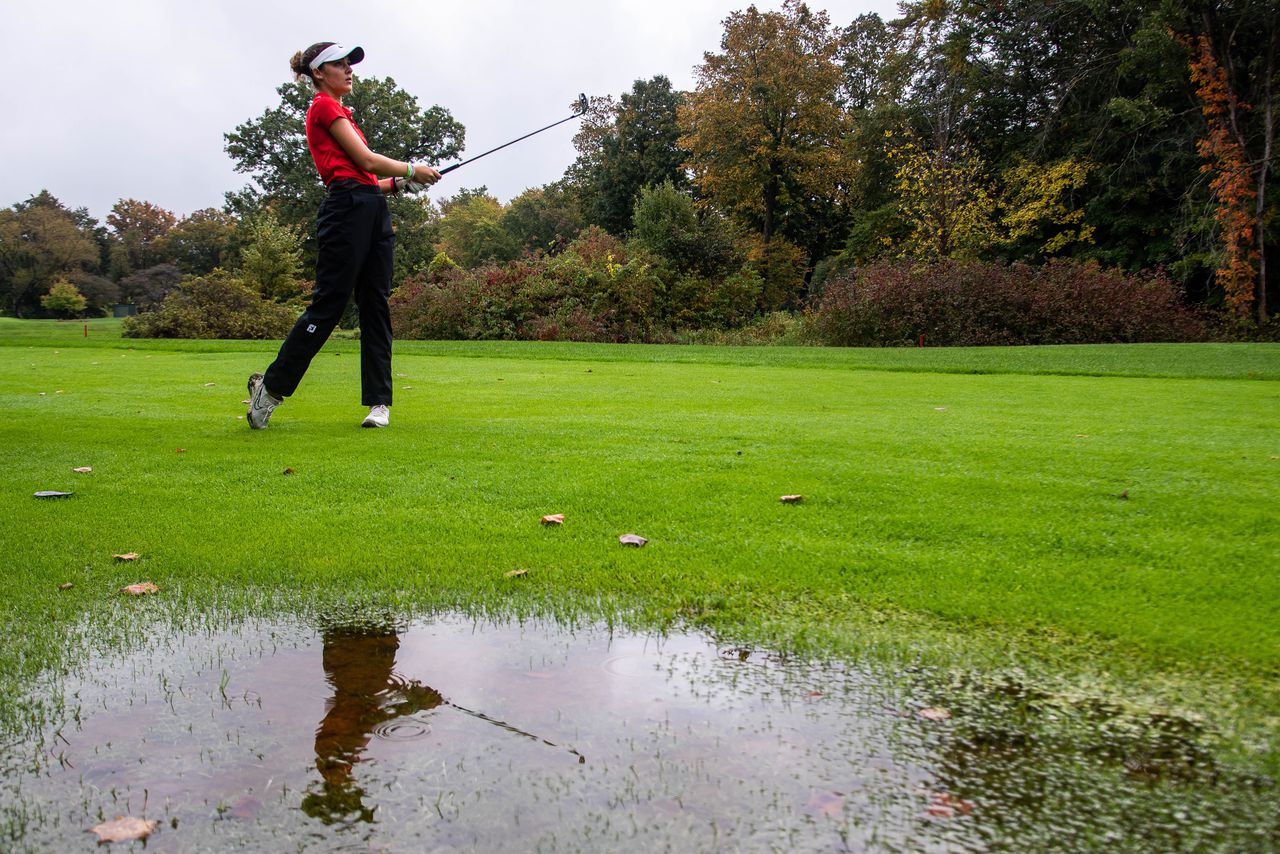 DAVISON, MI – Kate Brody is set to defend the Division 1 individual golf championship after recording her best round of 18 catches of the season.

The Grand Blanc junior arguably shot her best round of the season, scoring a 5-under-67 card on Monday in brutal conditions to win the individual regional championship by four strokes at Davison Country Club.

A heavy rain storm left puddles all over the course, causing a delay of about two hours before players could resume their game.

Brody was 2 under par when play was suspended after 13 holes, then birdied three in a row from the 14th hole to win the regional title after finishing second in a row a year ago. It was his seventh victory in an 18-hole tournament this season.

All things considered – the weather, the rough conditions, the opposition and a tough course – Brody’s round has to rank among the best in the history of the Flint area.

“I had a pretty good frame of mind for today,” said Brody, who won the Genesee County Championship and the Saginaw Valley Tournament in his two previous starts. “I felt pretty good in my game. I have a lot of experience in the rain and the weather like that. It doesn’t affect me too much.

“I feel really good. Running out of regional last year – I lost by one – I think that gives me some motivation. Shooting 67 and then a whole week and a half to work on my game before the states, it really makes me feel good and I’m really happy where I’m at and I’m super excited about the states.

Brody will be the frontrunner to win the individual Division 1 title when the state’s top players meet on October 15-16 at The Meadows on the Grand Valley State University campus.

The trip to the suburbs of Grand Rapids will have added meaning for Brody and his teammates since two weeks ago they weren’t even sure they had enough players to qualify for the state tournament.

They only had three players at the Genesee County Championships and teams must field at least four players in order to qualify for a team score.

But sophomore Ali Anderson, who had never played an 18-hole round, stepped up and joined the squad to help the Grand Blanc win the SVL Championship before shooting 120 in the regional for providing the Bobcats with a fourth score to qualify for the state tournament.

The top three teams qualify for the State Tournament as well as the top three people not on a qualifying team.

“Ali is definitely the reason we’re going to go to the United States because without her we wouldn’t have had a fourth player,” said Brody. “Me and Taylor (Kondel) had to go individually and Sadie (Kondel) maybe wouldn’t have made it. Who knows?

“It would have put more pressure on us individually if we had come here with three girls. “

Brody gave his iron game a shot of 67, one shot short of his best score this season. It happened to Hartland Glen, which isn’t as long or difficult as Davison CC.

Brody double bogeyed on the 11th after hitting the driver out of bounds off the tee before judiciously using a 5 wood on his second tee shot.

“I definitely had more chances to birdie,” she said. “I miss the birdie putts and gave it a few strokes. I don’t remember the last time I put this on correctly. I think I had 28 putts and hit 15 greens. I played very smart. I didn’t hit the driver much.

“This course can be tricky if you are in the wrong place. I hit 5-wood and hybrid a lot off the tee. And I was hitting some really solid iron shots.

The only other Flint-area teams on the pitch were Davison and Lapeer. Davison finished 10th with 439 led by junior Paige Craft’s 99 and Lapeer finished 11th with 461 led by sophomore Amya Weeden with 105.

Okemos was the tag team champion with 325 and Brighton was second with 328.

You can see the full rating by clicking here.

Kate Brody aims for 2nd state title, being the finalist in Miss Golf