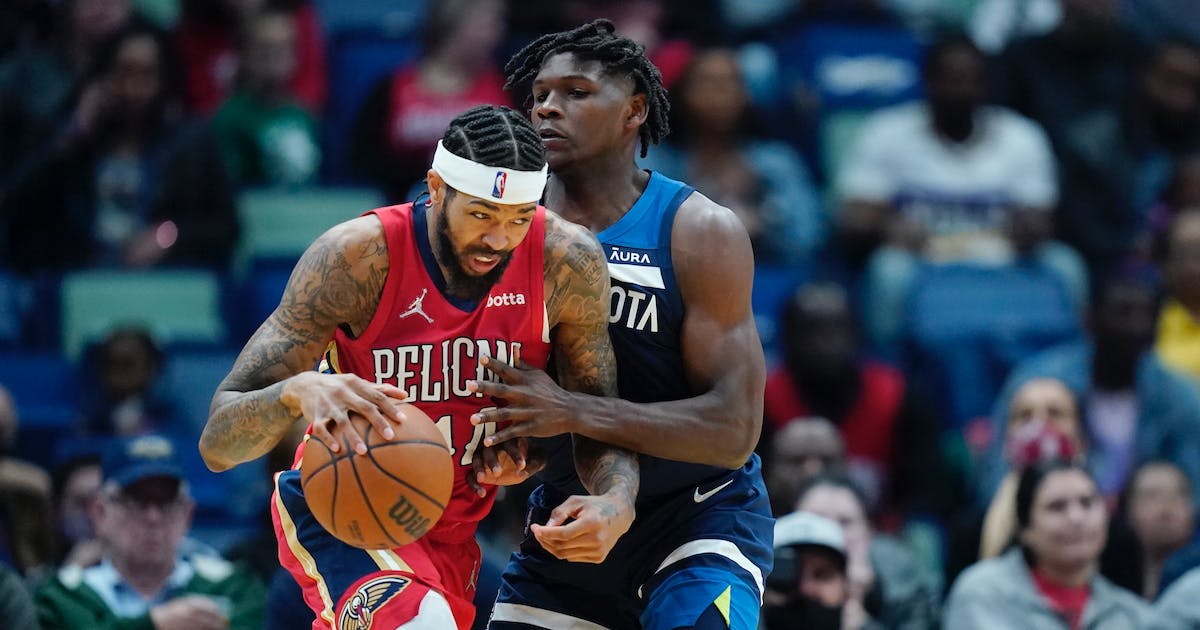 NEW ORLEANS – As the Timberwolves began a three-game winning streak last week, some of their opponents took their losses to Wolves as a moment of reflection. In some cases, it seems that losing to Wolves has sent teams into a crisis.

For example, after Wolves beat the Kings on Wednesday, the Sacramento forward Tristan thompson let some frustration escape in his post-game speech in which he criticized the team’s poor performance during their 1-3 road trip against some of the weaker teams in the NBA.

â€œI was going to do this road trip with the intention of going 4-0,â€ Thompson told reporters. “The teams we played against, OKC [Oklahoma City], they don’t want to win games. They want to rebuild, everyone … knows that. Spurs, they all have young guys, they’re trying to figure it out. …

â€œDo they want to win games? Maybe, of course. But do they really want to make the playoffs? Probably not, probably want a top 10 pick. Timberwolves? They have names, but are they trying to win? the dice and see what happens, determine their list. “

On Sunday, the Kings decided to shake up their team and fired their coach Luc Walton after two more losses against Toronto and Utah.

The Kings weren’t the only team Wolves bothered. After Wolves beat Spurs 115-90 on Thursday, the forward Thaddeus Young said on Monday that the team had had a closed-door meeting.

â€œWe took that ass and went back to the locker room and talked for 20, 30 minutes, the whole team,â€ Young said, according to the San Antonio Express-News. “Everyone has expressed their issues and views.”

â€œWe have to play for one another,â€ Young said.

The Wolves’ last victory before beating the Kings and Spurs was against the Lakers, and even then, forward Anthony davis had strong words after Minnesota’s 24-point victory.

â€œWe have to decide who we want to be,â€ Davis told reporters. “A champion team? It’s not us right now. We don’t win a championship the way we play.”

Losing to Wolves seems like one of the worst things a team can do right now.

Reid playing through the pain

Center Naz reid has been in and out of roster recently due to pain in his right foot. He missed last Monday’s game against Phoenix, then played Wednesday against Sacramento. He was absent Thursday against San Antonio to return to play Saturday against Memphis.

On Monday, Reid was back on the field, even though he was not 100% healthy.

â€œStill a little bit of pain, but enough that I could play it,â€ said Reid. â€œIt used to be a bit more painful. So it was hard for me to move around in my shoes. So the last few days I’ve had treatment and things like that, so it’s a bit easier. to work on it. “

Reid added that it was difficult for him to put on shoes last week, but he said he didn’t have too many limitations in the game thanks to the adrenaline he generates.

Finch back in New Orleans

Coach Chris Finch spent three seasons as an assistant in New Orleans and said he “liked it here”. It was his second game as Wolves head coach, and he said the Pelicans have a unique setup in which they share a sports campus with the Saints, whose home stadium, the Superdome, is next to the Pelicans arena.

â€œYou’re going to be working with an NFL team every day. It felt like I was in a sports school,â€ Finch said. “The city is one of the best in America in terms of being unique, great food, great culture, always something to do. I really enjoyed my stay here.”