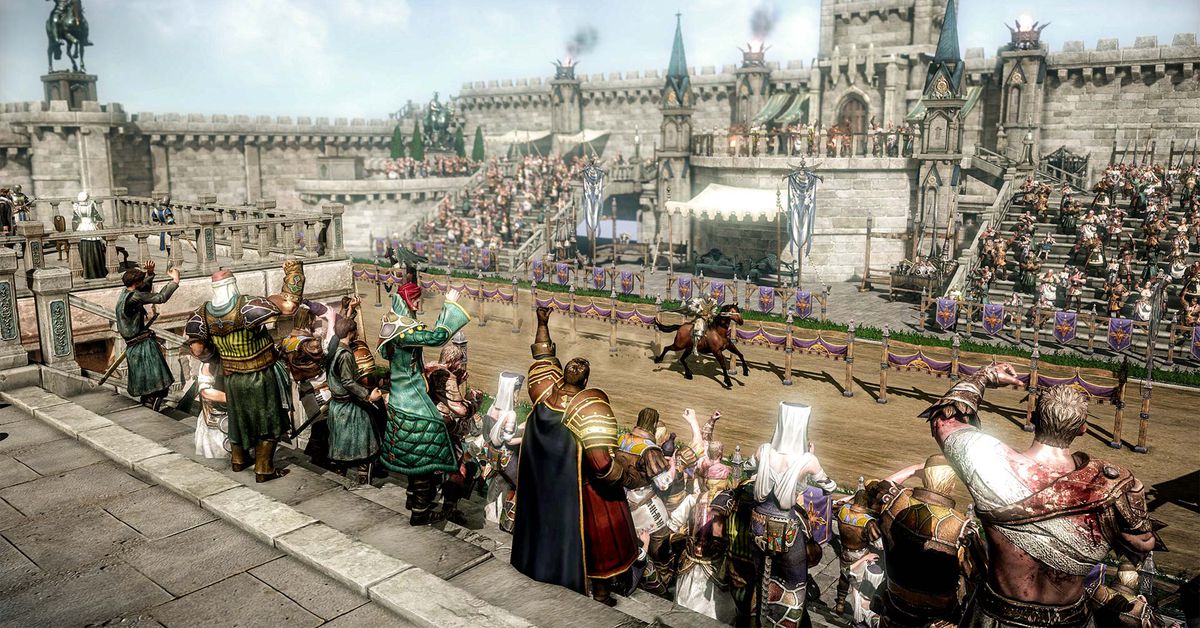 lost arkthe massively multiplayer game taking Steam by storm, will be getting a new server region in a bid to alleviate long login queues for European gamers.

The game had an explosive launch weekend that saw it become the second most played game of all time on Steam, passing through the peak concurrent player count. At 1.33 million players, it narrowly beat Steam’s maximum mainstay count Counter-Strike: Global Offensive and Dota 2but is far from having reached the record of 3.3 million players recorded by PlayerUnknown’s Battlegrounds early 2018.

But the question is, how many of those millions of players were actually playing the game? Although lost ark seems to have had a soft launch in the Americas, European servers have been plagued by very, very long connection queues. At any one time over the weekend, hundreds of thousands of European gamers were waiting to play the game.

(I can attest to this from personal experience: While trying to log into the game in London on Saturday afternoon, I discovered that most servers had queues between 8,000 and 13,000 players, and it took over an hour to log in. Luckily I had the Triangle Strategy demo at your fingertips.)

Developer Smilegate and Amazon, which publishes lost ark in the West (it has been available in South Korea since late 2019), announced plans to create a new European server region to alleviate overcrowding. But this plan is not without controversy for the game’s frustrated European public.

“Please note that this will be a new, separate region (separate from Central Europe) with no cross-regional game availability,” the developers noted. “This also means that regional features, such as your Central European Royal Crystal and Silver balances, will not be accessible in the new European region. The new region will be ideal for players who have not yet created their character or who have not otherwise committed to remain on their existing server.

In other words, players who have already invested a lot of time, unlocked rewards, or established in-game communities will see no benefit from the new server region (beyond fewer new players trying to create characters on their servers). In lost arkyou cannot transfer characters from one server to another, and while some resources and activities are shared between servers, nothing can be shared between characters or players from different server regions.

Smilegate and Amazon insisted that a new server region was the only possible solution. “Due to the architecture of the game, this is the only way to accommodate more players in Europe,” they said in their statement.

Long login queues at the launch of a new online game or major expansion are of course nothing new and usually get better within a week or two. Corn lost arkLaunch issues appear to reveal an inflexibility in the game’s setup, as well as a discrepancy in its US and European launch strategies.

Some members of the lost ark The community protested what they saw as an underestimation of the game’s European audience. One Reddit user pointed out that North America has 22 servers spread across two regions (with nine additional servers for the South America), while the Central Europe region alone has 19 servers. Another noted that server maintenance, events, and communications all seem to be on a schedule that doesn’t work well for those in European time zones.

As a reward for the disruption, Smilegate and Amazon have announced that they will be creating a gift pack, including a new mount and more, available to all players. The gift will be available after the launch of the new server region, and everyone who plays the game before March 1 will get it.

Edwards and Goerke named top players of the week