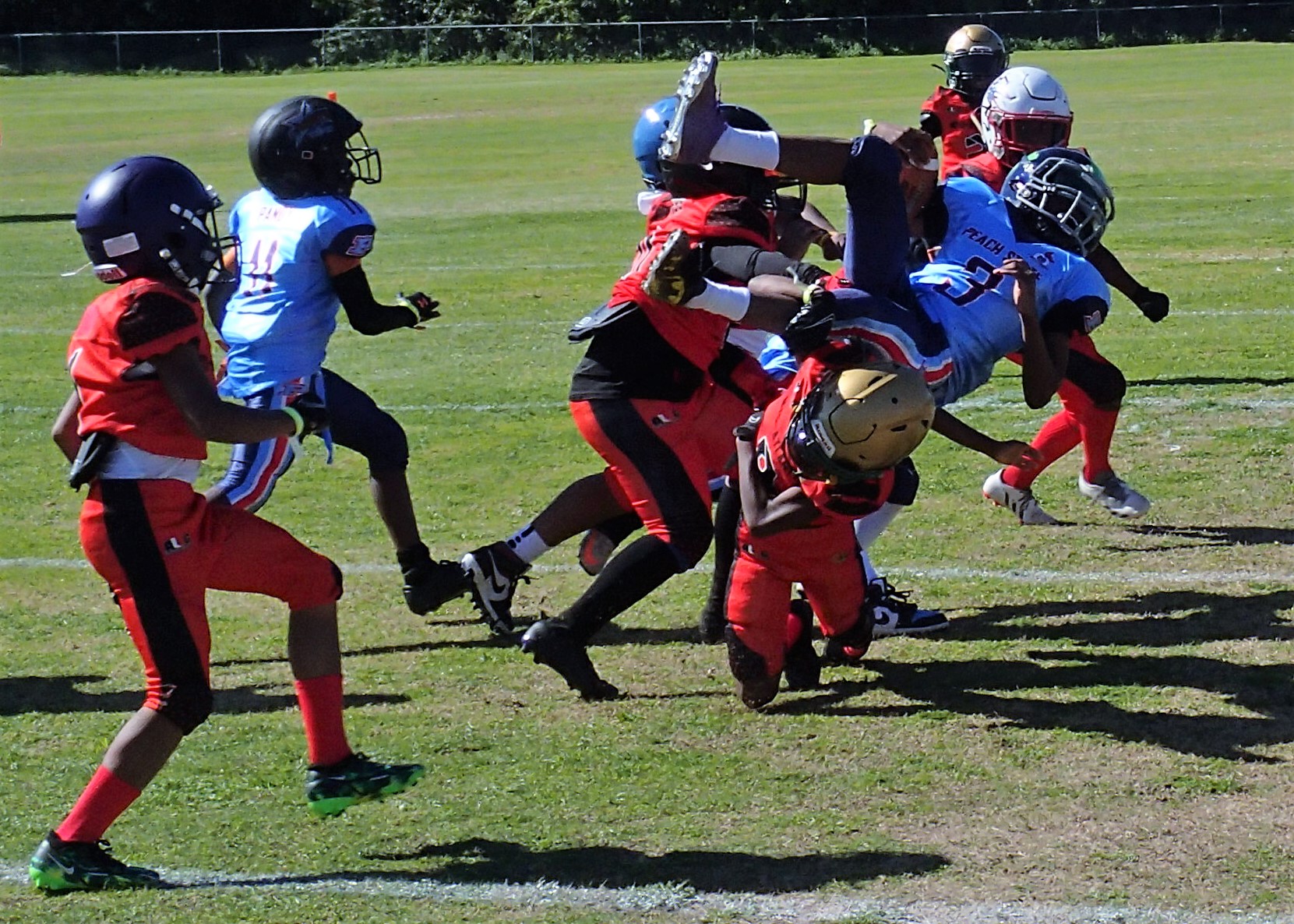 While Washington DC faced low temperatures of 20 degrees with a chance of snow, Lake Wales has slightly milder weather above 60 degrees. Micah, 13, of the Woodridge Warriors, thought the weather was perfect to play football with his team.

Micah had been playing football since he was four years old. He and his teammates took to the pitches at the Lake Wales Soccer Complex. The weather was great, the pitches were some of the best he’s played on, and his expectation this weekend, in his own words, was ‘that we win’.

“It’s a beautiful pitch,” he said of the sports facility. “One of the best pitches I’ve been on here, second best.”

Micah was one of more than 600 student-athletes who took part in the All-Star Youth Football Tournament in Lake Wales over the weekend. Over 625 players registered for the event and a total of 25 teams competed on three grounds at the Lake Wales Soccer Complex on Saturday and Sunday.

Countless spectators lined each of the three pitches with blankets and lawn chairs to watch the many football matches taking place over the weekend. Otherwise, they could browse the concession stand, as well as the many food trucks and vendors on site.

Oguntola had organized the football tournament with Chad Mascoe, owner of Athletes United Group. The event had been running for three years and they wanted to bring it to Lake Wales, not only to use their football club facilities, but also to help with local economic development.

“Our ultimate goal for this weekend is to bring good competitive football here for all these people traveling from all over the country, and to allow these kids to have a good end-of-season football event,” Mascoe said. “Andy brought me here and showed me the facility. For me, it was obvious. We were able to bring three fields here, and we had plenty of parking and space here, and it was a great place to do that.

On the Friday night before the big weekend, Oguntola and Mascoe hosted an adult night for the parents and a bowling night for the kids at Cypress Lanes in Winter Haven. With their families staying in local hotels, eating at local restaurants and engaging in other activities, the sporting event proved to be a real boost to local economic development, Oguntola said.

“Our goal and our goal is to bring great football to Polk County, but the most important thing is MLK weekend, and we want to make sure we keep the kids on the field and off the street, so our goal is to turn young boys into men,” he said. “We would like to thank the Town of Lake Wales for their support, Town Manager James Slaton and Ms Stephanie for helping us put this together, and our Town Commissioners.”