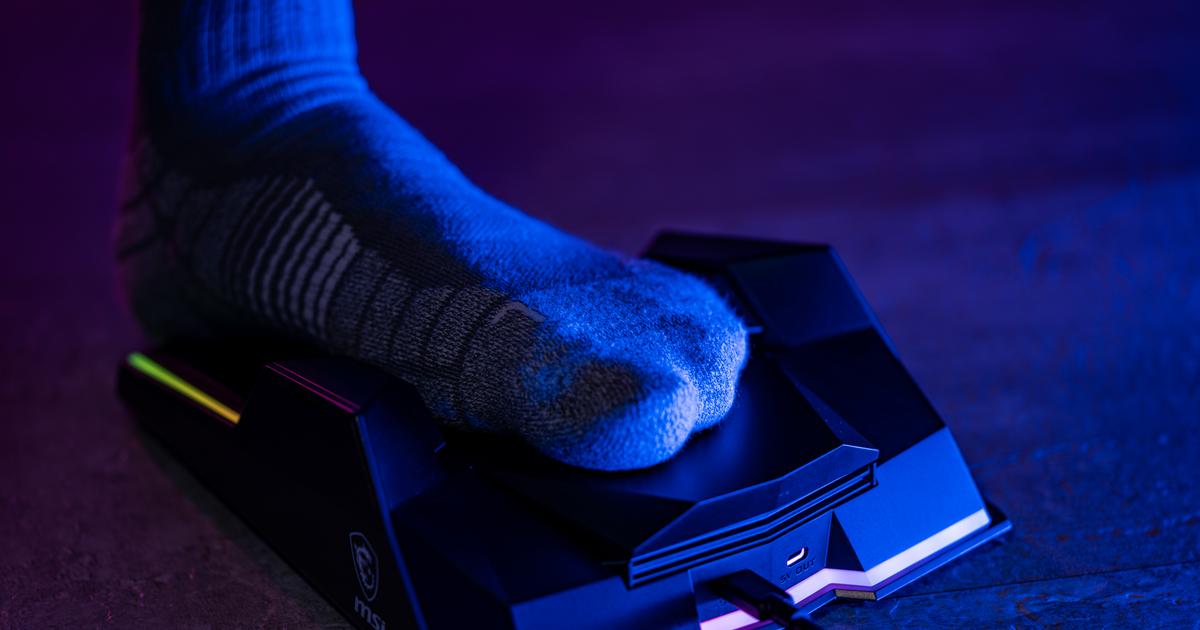 The classic keyboard and mouse setup is a gaming staple, but that means there are two other appendages slacking off under the desk – your feet. Gaming brand MSI is now releasing the Liberator, a programmable pedal that can be used for any action in any game.

The Liberator has three buttons within reach of a foot placed on it. The main entrance is a large, flat panel under the ball of the foot, while two bumper keys can be hit by flexing your foot left or right. MSI says the response time is 100 milliseconds.

The Liberator operates through PC software that allows users to assign each of these three buttons to different actions in games or other programs. They can even be assigned macros – single-button shortcuts to replace long strings of button presses, like combos in fighting games.

Some of MSI’s suggestions include using the Liberator as a throttle in driving games, a push-to-talk button in chat apps like Discord, to take screenshots, or pressing the left or right buttons to lean out of cover into shooters. The pedal could also be useful in video, audio or image editing programs, or for coding.

The device is weighted to keep it grounded and covered with a tread pattern to prevent your foot from slipping. It’s angled at a comfortable eight degrees, and the button caps can be disabled depending on the user’s foot size. And of course, no PC gaming accessory is complete without being covered in garish RGB LEDs, even if this one will spend its entire working life tucked under your desk.

Up to four Liberators can be linked together, giving users a buffet of up to 12 additional buttons to play with. How to blindly navigate four pedals is another matter, but we can see that having one for each foot is a fun setup.

An established company like MSI turning to Kickstarter to launch a fairly safe product like this seems a little weird, but the campaign page says the company challenged the product team to “drive pre-sales and to connect and create a community of enthusiastic fans”.

If you’re still on board, Kickstarter pledges start at US$159 for a Liberator or $279 for a two-pack. The campaign has already raised over $120,000, far exceeding its modest goal of $5,000, with 25 days remaining. If all goes as planned, shipping should begin in December.