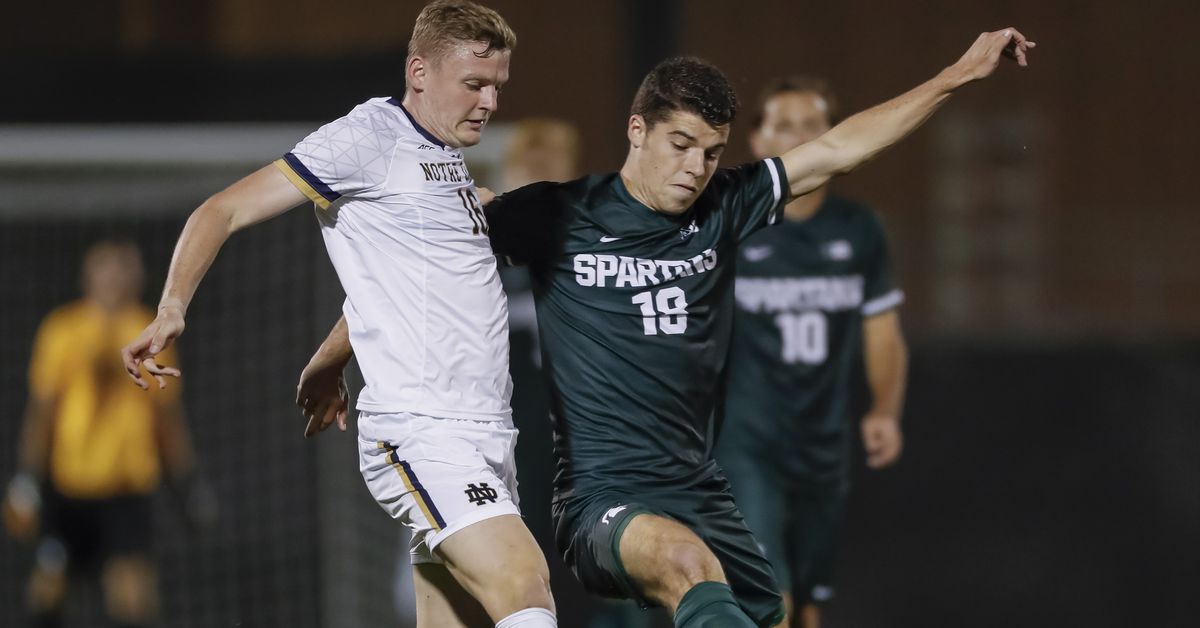 The Michigan State Spartans men’s soccer team has been chosen to finish season fifth in the preseason coaching poll released this afternoon by the Big Ten office. Three Spartans have also been named to the 2021 Big Ten male soccer players list to watch.

The Spartans are chosen to finish behind Indiana, Penn State, Michigan and Maryland respectively. The Hoosiers won the conference title last season and the conference tournament. IU also advanced to the national championship game before falling to Marshall. Michigan State went 4-7 last season in a shortened and delayed season that only saw a conference roster. MSU ended the season on a two-game winning streak but fell to Michigan in the first round of the 2020-21 Big Ten Conference tournament.

The Spartans reached the NCAA Tournament College Cup in 2018, which was also the team’s last appearance in an NCAA tournament. Michigan State last won the conference tournament in 2012 and is tied with Maryland, Ohio State and Penn State for the second-most conference tournament titles (three). These titles came in 2004, 2008 and 2012. Indiana leads the league with 15 titles.

Penn State leads the league in runner-up performances (10), Indiana is second (5) and Michigan third (4), while Michigan State is tied with Ohio State and Wisconsin (3 each).

As for the list of Big Ten 2021 male soccer players to watch, seniors Michael Miller (M), Hunter Morse (GK) and Farai Mutatu (F) have all been named to the roster.

Miller is originally from Belleville, Michigan. He played 56 games at MSU as a midfielder, winning 41 starts. He had two assists for two points last season.

Morse is also from Belleveill, Michigan. He is entering his third season in goals for Michigan State and has started in 27 games. He has three career shutouts and a 0.95 career goals-against average.

Mutatu is a forward from Haslett, Mich., And won second-team All-Big Ten honors last season despite fighting injuries for much of the year. He scored a goal last year.

The Spartans open the 2021 season against Cleveland State in a home game this Thursday, August 26 at 7:00 p.m. ET. Michigan State went 3-0 in off-season games, after beating Purdue Fort Wayne 1-0 on Saturday, August 21.