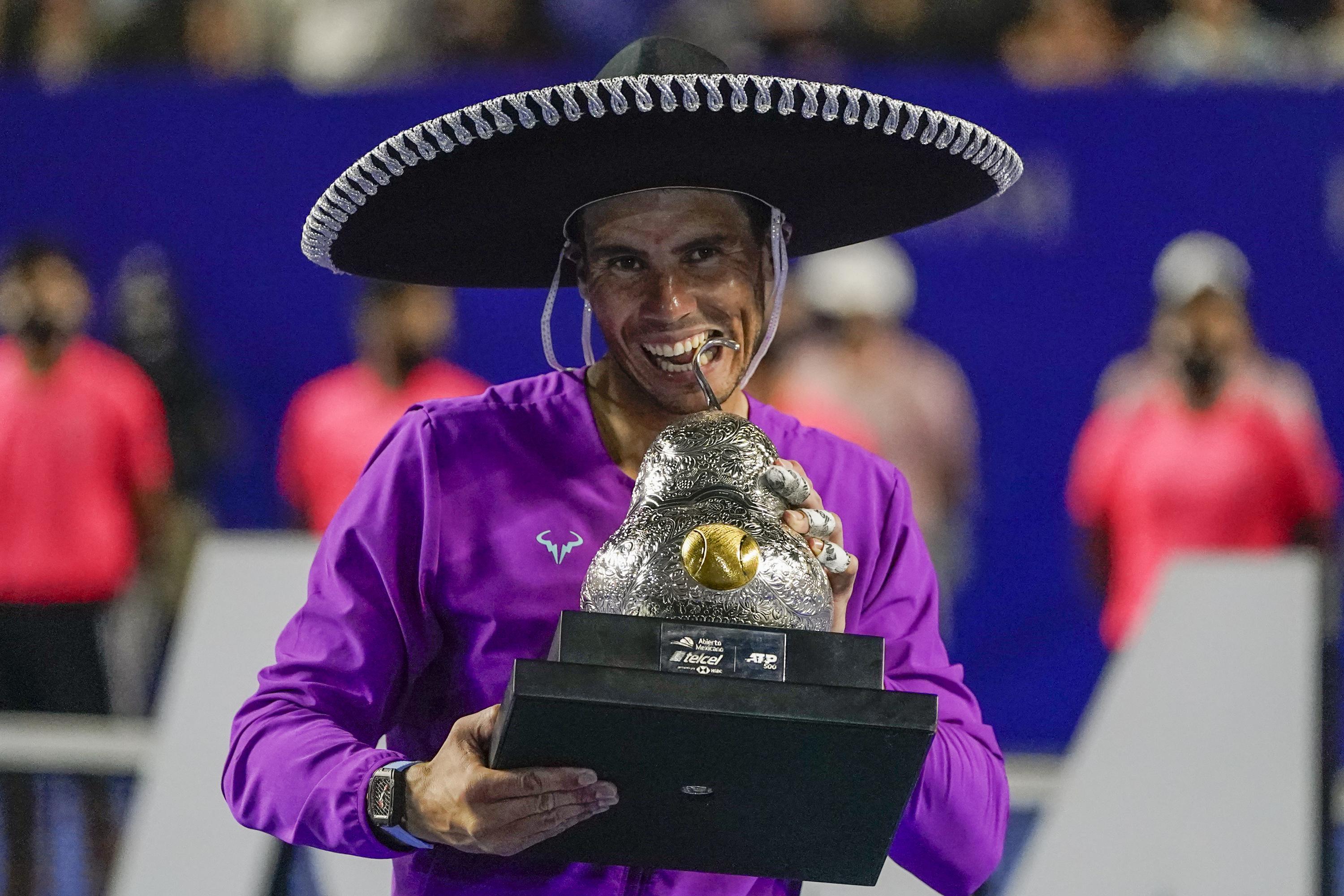 ACAPULCO, Mexico (AP) — Rafael Nadal said earlier in the week that he was unaware of his career stats. Now he might want to take a look.

The 35-year-old Spaniard beat Cameron Norrie 6-4, 6-4 on Saturday to win the Mexican Open and extend his career-best start to a season to 15-0 as he won his 91st ATP title.

Nadal, who won his third title in 2022, including the Australian Open for his record 21st Grand Slam singles title, is three wins away after tying Ivan Lendl’s total of 94 for third place to most open era championships. Jimmy Connors leads with 109 and Roger Federer has 103.

“At the end of the day, I’ve always said that this kind of record should be measured after your career is over,” Nadal said. “Today, the most important thing is that I won a prestigious tournament.”

The Mexican Open is an ATP 500 level tournament played on hard courts and this year four of the top five players in the world started the draw – Daniil Medvedev (2), Alexander Zverev (3), Stefanos Tsitsipas ( 4) and Nadal (5).

Medvedev, who will climb to No. 1 in the standings on Monday, lost to Nadal in the semifinals. Zverev was ejected from the tournament for violently smashing his racquet into the referee’s chair moments after losing a doubles match, while Tsitsipas lost to Norrie in the other semi-final.

“(Acapulco) is a tournament that started with five of the six best players in the world, it was complicated, and I ended up winning,” added Nadal. “Looking back a few weeks ago it would have seemed impossible, it’s amazing how things can change in such a short time, not being able to train and now being where I am today. today.”

He won his first title in Mexico aged 18 and holds the record for the youngest winner in tournament history as well as the oldest at 35.

“It’s been a long career, the first time I came here everything was new to me and after all these years you start enjoying every win more than when you were an 18-year-old boy,” Nadal said.

The Spaniard said his body is holding up well and he can’t wait to play in Indian Wells, California in a few weeks.

Norrie, who was on an eight-match winning streak, was trying to become the first Briton to win the Mexican Open in its 29-year history.

“I’ve played him before so I had an idea how to play him but I gave him some easy points and he gave me nothing,” Norrie said. “It was a bit of a lack of concentration, and I gave him the game.”

At the start of the match, Nadal had a break in the fifth game to take a 3-2 lead and won the first set in 51 minutes.

In the second set Nadal had a break in the opener but Norrie fired him and looked like he was back in the game but the Spaniard added breaks in the fifth and seventh games to claim the trophy.