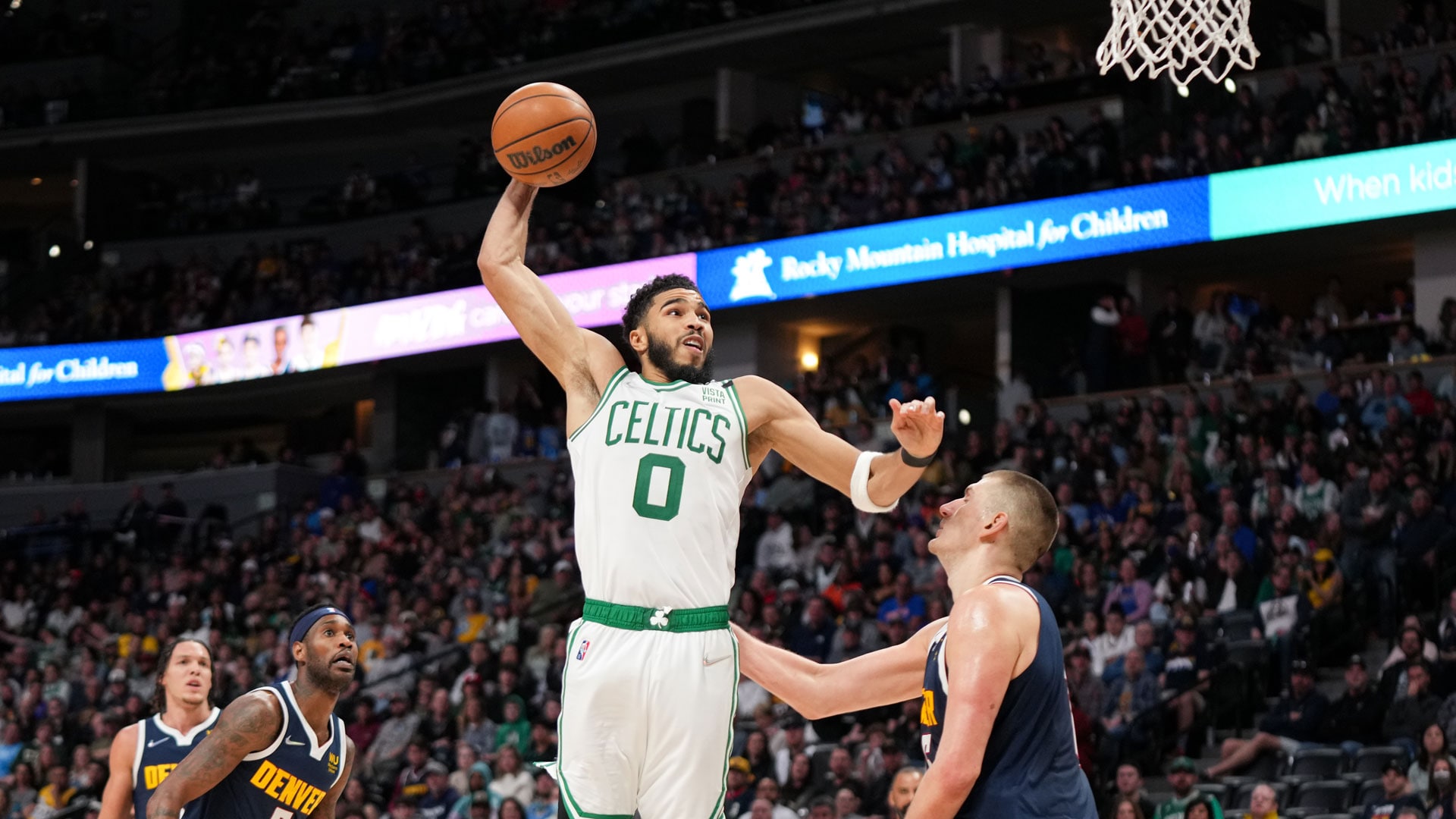 The Celtics are 10-2 since the All-Star break with Jayson Tatum averaging 32.3 points per game during that span.

The last time LeBron James played in Cleveland, he had the game-winning shot in the 2022 NBA All-Star Game. In his career, LeBron played in 17 games against the Cavaliers and has a career scoring average of 29. .1 points per game against his former team – his highest scoring average against any opponent in his career. The Lakers enter the week in a battle with New Orleans for the No. 9 spot in the West Play-In, while the Cavs try to stay out of the East Play-In, clinging to a lead in a game on Toronto.

At 10-2 (.833), the Celtics are the best team in the East (and second in the NBA behind 11-2 Minnesota) since the All-Star break. Jayson Tatum is averaging 32.3 points since the break, tied with LeBron James for the league’s highest point average among players who have played more than five games. Boston’s resurgence dates back to the start of the new year as they are 27-9 (.750) in 2022, just behind Phoenix (31-6) in that span.

The Bucks enter Week 23 just half a game ahead of Philadelphia and Boston for the No. 2 seed in the Eastern Conference. Meanwhile, Chicago is currently fifth in the East and has lost three straight games at the start of the week. The Bucks won the first two meetings against the Bulls by a total of 10 points; this is the first of two remaining clashes between the teams on the straight (March 23 and April 5).

It’s the first meeting between the Kings and Pacers since the trade deal that sent Domantas Sabonis, Justin Holiday and Jeremy Lamb to Sacramento in exchange for Tyrese Haliburton and Buddy Hield. Sabonis’ status for this game remains uncertain as he left the Kings’ 127-124 loss to Phoenix on Sunday with an apparent knee injury.

The Suns and Timberwolves will meet for the third and final time in the regular season on Wednesday. Phoenix has the longest active winning streak in the league with five straight wins, while Minnesota has won four in a row and nine of its last 10 in Week 23. Devin Booker and Karl-Anthony Towns have both averaged 29 points in the first two meetings – both won by the Suns.

This matchup between Cleveland and Toronto will be a battle for the guaranteed playoff spot (No. 6) and facing the Play-In Tournament (No. 7) in the Eastern Conference. The Cavs enter the week with a one-game lead over the Raptors and own the head-to-head tiebreaker (season series lead 3-0), so the Raptors must finish with a better win-loss record than the Cavs to pass them in the standings, and can win a full game with a victory on Thursday.

It’s a must-play game for San Antonio if they hope to earn the final berth in the Western Conference Play-In Tournament. A win on Saturday would end the head-to-head tiebreaker with the Pelicans (3-1), which the Spurs trail by 2.5 games at the start of Week 23.

Ja Morant missed Sunday’s game against the Rockets with right knee pain, but the Grizzlies still won to move to 14-2 without their All-Star guard. Memphis will hope Ja returns this weekend for a showdown against the defending champions, but as the season has proven, you can’t count the Grizzlies even if Ja is sidelined.

The Lakers and Pelicans enter Week 23 with matching records of 30-41 and are set to meet in Game Nine-Ten of the West Play-In Tournament. The teams are five games behind the No. 8 Clippers and 2.5 games behind the No. 11 Spurs. By winning the first meeting of the season on February 27, the Pelicans currently hold the No. 9 and the Lakers the No. 10. Sunday’s encounter is the first of two remaining games between these teams (March 27 and April 1), which means the head-to-head tiebreaker is still up for grabs.

Education on Recommended Regulation for Payday Loans in Windsor