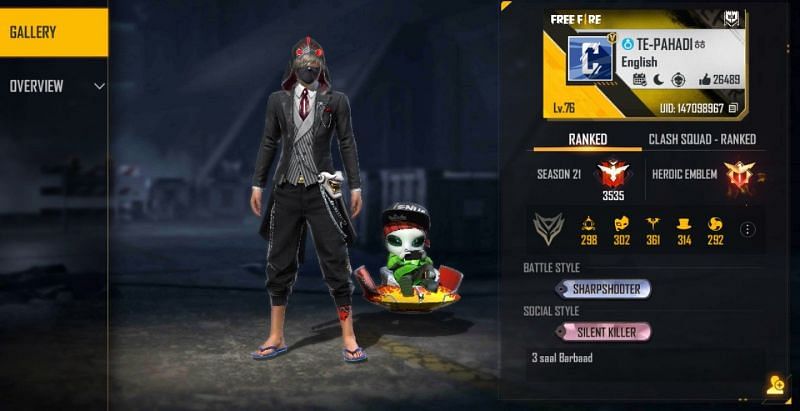 Here’s a look at its in-game details.

Note: The statistics for this article were recorded at the time of writing. They are subject to change as the content creator continues to play more games in Garena Free Fire.

The oldest video on Pahadi Gaming’s YouTube channel was posted in July 2019, so he’s been creating content for about two years. Currently it has 495 videos with 79.83 million views.

In the last 30 days, it has gained 80,000 subscribers and 7.874 million views. This link will bring readers to the Pahadi Gaming channel.

Click on here to go to his other channel, ie Pahadi Gamer.