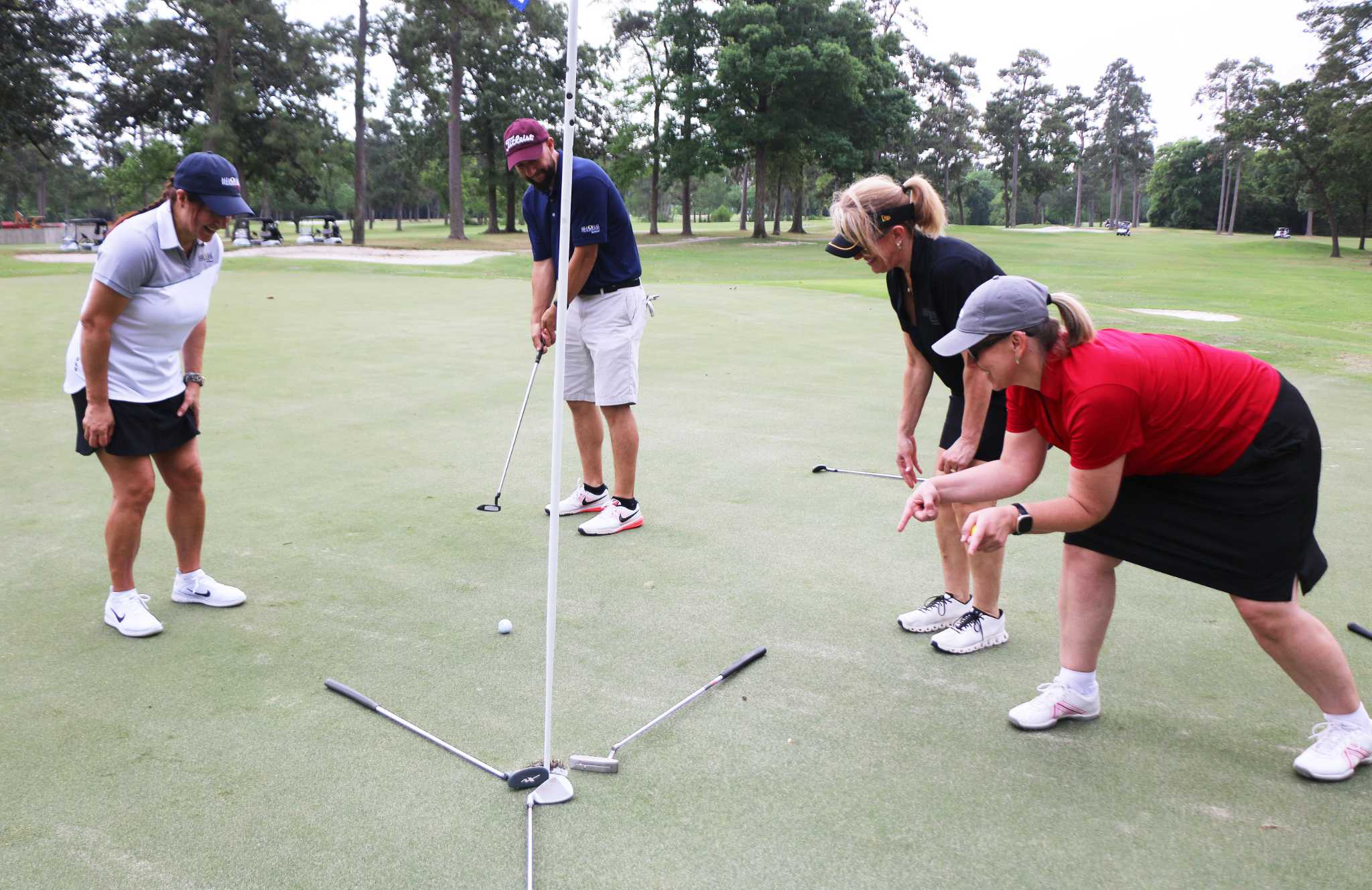 When Justin Hemperley arrived at The Clubs of Kingwood golf course in the Habitable Forest, it was a reunion he was looking forward to after learning about the Partnership Lake Houston Classic golf tournament on Monday.

The CenterPoint Energy employee had previously worked in the area, participated in the tournament last fall and also served on the board for three years before his company moved to the Greenspoint area. He would have missed the fun, except that his replacement in his previous position is not a golfer.

“He asked me to come play and it was a good time,” Hemperley said. He wasted no time forming a foursome and, like most, played at least nine holes until the tournament was called off by lightning, then heavy rain shortly after a a weak cold front at 1:30 p.m. blew over the region.

This year’s tournament was the 30th annual.

With 40 teams, it was a great turnout given the pitfalls that the organizers had to overcome over the past two years due to the COVID pandemic.

The tournament is important in that it helps fund the chamber’s annual bills and member services.

“This is one of our biggest fundraisers,” said Lance LaCour, president and CEO of the Partnership Lake Houston Chamber of Commerce, adding that they are dependent on the tournament and other fundraisers. throughout the year to fund the chamber.

When they missed the tournament during the pandemic, it didn’t affect them too much.

“We are in good financial shape,” he said. The tournament had 152 players, with 38 teams and 21 sponsors with 30 volunteers helping to organize the event.

Most chamber events are fundraisers in one way or another with more than 40 events a year, he said.

“Memberships and sponsors are our biggest income and that helps us too,” he said.

LaCour said they breathed a sigh of relief.

“It’s nice to be back to in-person meetings and events,” he said. “It’s essential with an organization like ours.”

LaCour wasn’t too happy that they had to cancel the tournament after the nine holes.

“We were number one at the time,” he laughed. “We were on a roll and felt we had a chance. We were all doing great,” he said.

He said the team had good chemistry and were clicking as they moved up the course.

A bonus for those who registered and played the tournament is that Kingwood Clubs will email players and award them a free round of golf as the tournament was interrupted by inclement weather.

Hemperley, who said he had a great time, will be back in the Lake Houston area to compete in the Rotary Club of Lake Houston golf tournament.

“I have family in this part of town and it’s nice to hang out here with them and friends,” he said.