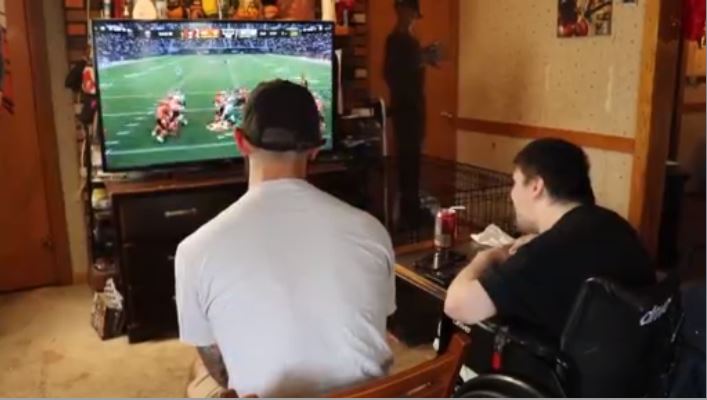 SPRINGFIELD, Ohio (WDTN) — A group of people have come together to gift a new Playstation 5 to a Springfield man with cerebral palsy.

Jeffrey Derksen is confined to a wheelchair and spends most of his time playing video games at home. He was unable to afford the new game system and was going to be cut off from a new group of friends he had met online who had switched to the PS5. His cousin Cody Eanes approached Jeffrey to start a GoFundMe and raised over a thousand dollars in one day to buy the new gaming system.

“A lot of my friends, when COVID hit, that’s what we resorted to. We started playing Madden or Call Of Duty together and I brought Jeffrey into the band and all my friends fell in love of Jeffrey because he’s awesome,” Eanes said.

Cody says it all comes down to doing something nice for someone else, no matter the cost.

“Even though he’s part of my family, he’s also become part of other people’s family. He’s impacted a lot of people’s lives just because we played long nights on video games, I wanted him to stay involved with everyone,” Eanes said.

“Take a Stand”: How a Lemonade Stand Works Against Cancer

“I am a player. I love video games and need the new system to play newer video games,” Derksen said.

Int’l Gaming Giant Unity teams up with Alibaba, China Mobile and others to create a billion-dollar Chinese joint venture

Andreescu defeats Cornet for the first time; will face Zheng in Toronto