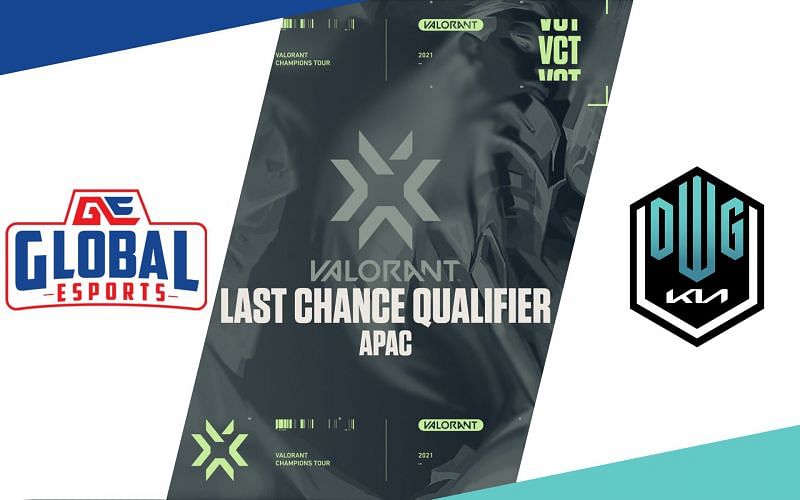 The Valorant Champions Tour APAC Last Chance Qualifier is scheduled to start today, October 11. Ten Asian teams will compete for the final place of the 2021 Valorant Champions in December, which will be the biggest Valorant event this year. Fans can see some exciting fixtures over the next week when some of Asia’s top teams go head-to-head to secure a spot in the event next December.

Global Esports will take on Damwon Gaming of Korea to launch their campaign on the opening day of the APAC Last Chance Qualifier. Both teams are ready to start their journey with a strong performance.

Global Esports vs. Damwon Gaming: Who will have a better start in the Valorant Champions Tour APAC Last Chance Qualification

Global Esports qualified for the APAC Last Chance Qualifier after becoming the champion of the Valorant Conquerors Championship. The Indian team will represent the entire South Asian region in the tournament.

Meanwhile, Damwon Gaming qualified for the event as the Korean region’s third seed.

Global Esports and Damwon Gaming haven’t faced each other in any major tournament so far. This match will be their first meeting. It will be interesting to see who came out on top after today’s game in the APAC Last Chance Qualifier.

Based on the current performances of both teams, it is very difficult to predict who will win over their opponent in today’s clash. Global Esports has some serious firepower up front with Ganesh “SK Rossi” Gangadhar and Abhirup “Lightningfast” Choudhury on the team. With seasoned players like Bhavin “Hellranger” Kotwani and Akshay “Kappa” Sinkar in the squad, the South Asian champions have a great chance to take the game on their side.

However, Damwon Gaming also has some very talented players on their team who can change the game on their own. Players like Kang “Intro” Seung-gyun, Kim “t3xture” Na-ra can dominate the game with their aggressive playstyles. . Damwon Gaming prefers to change the composition of its agents to become unpredictable for its opponents. It will surely be an exciting meeting and a treat for the fans to watch as well.

Tomorrow our VCC Champs @Globalesportsin start their #VCT #APAC LCQ trip representing South Asia on the big stage! Make sure to shower them with all your support! ❤️
LIVE tomorrow at 12:30 p.m. IST on #NodwinGamingChannels to watch the action in Hindi 📺#Valuing

Tomorrow our VCC Champs @Globalesportsin start their #VCT #APAC LCQ trip representing South Asia on the big stage! Make sure to shower them with all your support! ❤️
LIVE tomorrow at 12:30 p.m. IST on #NodwinGamingChannels to watch the action in Hindi 📺#Valuing https://t.co/9V59ITxPMf

Fans can enjoy the match between Global Esports and Damwon Gaming in the APAC Last Chance Qualifier which will be broadcast live on the YouTube and Twitch channels of the Valorant Champions Tour starting at 3:30 p.m. IST.

Registration for the Dell’s Valorant tournament is now open. Enter for a chance to win prizes!

Q. Who will win the match?

Why the Denver Pios think they’ll dance at the 2022 NCAA Tournament. The Men’s BASKETBALL Tournament.