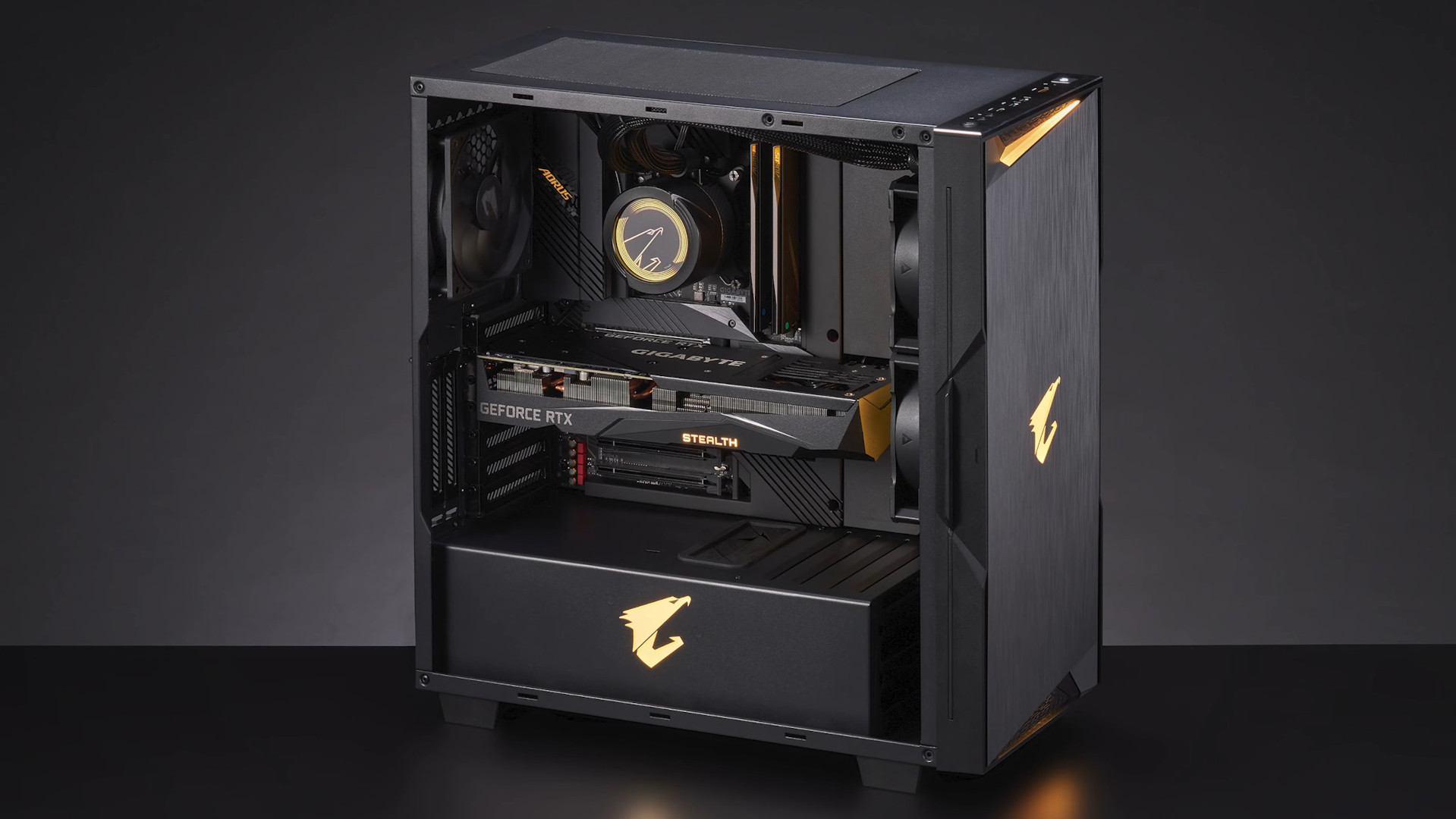 Having to manage cables in a way that doesn’t ruin the aesthetics of our gaming PC is a struggle many of us are all too familiar with, especially with the amount of tempered glass side panels that the found on today’s best PC cases. Gigabyte Aorus thinks it has a solution to this problem, with a remedy called “Project Stealth”.

This recently announced gaming PC doesn’t look too different at first glance, but upon closer inspection, you’ll notice almost all of the system’s cables are missing. Gigabyte Aorus accomplished this feat by moving all of the motherboard headers to the rear, even managing to move the GPU PCIe power connectors as well.

The end result is undeniably beautiful to look at, but there’s more to Project Stealth than just looks. The platform is equipped with an Nvidia GeForce RTX 3070 motherboard and a Z690 Aorus Elite motherboard, perfectly matched with the best gaming processors in the 12th generation Intel Core lineup, which fit perfectly in an Aorus case C300.

Check out the video presentation of Project Stealth here:

Gigabyte Aorus hasn’t specified the cost of purchasing Project Stealth as a pre-built system or as a DIY kit, but the company says it’s available to buy from retailers starting today. today.