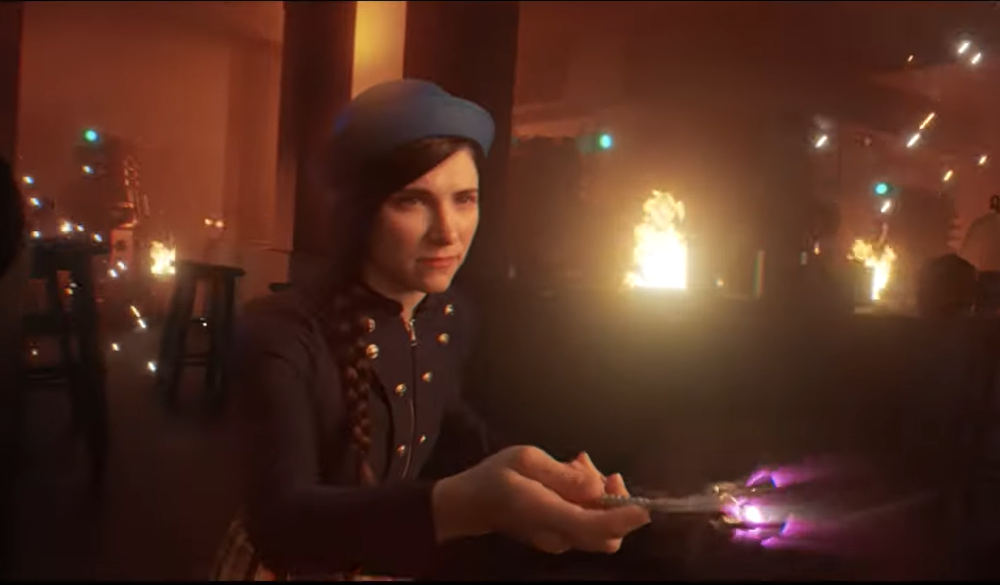 Buried as it is between the mountains and the desert, Boise Idaho doesn’t have much of a movie industry. What it has, hidden on its streets in the often child-crowded rooms of an unassuming house, is one very odd thing in common with the TARDIS: that, sometimes, it’s bigger on the inside. Doctor Who Velocity is the brainchild of Chris Phillips and Krystal Moore, a fan-favorite series exploring the limits of special effects, short storytelling, and an ever-growing list of new challenges to overcome.

From its writing to its themes to the momentum of its own existence, Doctor Who Velocity is a show about breaking boundaries. Its episodes are short-format stories (usually 15-17 minutes) with limited continuity. Each episode brings something new to the table, both narratively and technologically. Everything is new and experimental, combining conceptual science fiction with a testing ground of special effects techniques. “Krystal and I lamented that her first script’s heady presentation of the story’s wicked response to a female doctor could have easily sustained a 90-minute story, but the 13 minutes it had was all it had. needed to make an impact. Its virtual sets were awe-inspiring, transforming the couple’s living room into a TARDIS or an archaic courtroom at will, but never for very long. The limitless storytelling potential of Doctor Who Velocity stays true to the roots of the series, but is only made possible by the extreme focus that each episode brings. The team knows exactly what they need to say and describe while running the show, constantly pushing the limits of their settings and its limitations. How do Weeping Angels interact with the Internet? What havoc can the Doctor cause by taking the wrong person out of time at the wrong time? How to schedule a turnaround? ge around two children who live in the studio? Doctor Who Velocity is here to answer those questions, one way or another.

Chris is the kind of guy whose artwork you’ve almost certainly seen, but not sure what hand it is. He has worked for major studios on a range of promotional materials, spanning incarnations of the Ninja Turtles, Garfield and Warhammer properties. His time on Velocity is a testing ground for new ideas, allowing him to test the limits of new tools or skills and sometimes incorporate them into his work. It’s what allows the team to go anywhere at any time, a concept that pairs well with Doctor Who. The idea first came to make a project that would not be limited by space and time, hence the entry of our wandering Timelord. Velocity allows experimentation with virtual sets and graphics that leave the viewer inundated with new environments and colorful visuals. The second most recent episode, The Silence, features actors shot on green screen, allowing them to be inserted directly into modeled 3D sets. This gives the camera a dreamlike yet kinetic energy. From Tron to Boglins to a surprisingly dark meditation on the struggle of the arts against religious hegemony, there’s always something new to ponder after each episode of Velocity.

Krystal Moore is no stranger to adaptive working conditions. A professional comedian, she has been put in a bind by the pandemic. Most comedy venues have closed, leaving comedians with nowhere to work. Inside, at least. Taking her show to the streets, Krystal maintained a string of outdoor performances that made her most consistent year yet. It’s this quality of uncontrollable enthusiasm for the craft that makes fan film a rewarding field to follow. This shines through in the show, which manages to retain a strong humanistic outlook, wherever the Doctor’s travels take him.

All eight episodes of Doctor Who Velocity are available for free on Youtube, and recently posted below is the show’s most recent behind-the-scenes video. These insights into the creative process help drive home just how awesome this show is and how sophisticated some of its generative techniques are, but also just how democratized the filmmaking process has become. With nothing but the right computer, a big green screen and, of course, years of special effects experience, Doctor Who Velocity is able to produce clean, aesthetically unique and narratively deep work. Locations are expensive and complicated to schedule, forcing fan films to shoot guerrillas or limit their shoots to public locations. Even the 3D sets or in-universe camera work has been seen in the professional realm before, but it still feels more flat or contrived than The Silence. The ability to import pre-modeled sets and place actors on them could be a game-changer for low-budget filmmaking. It certainly added an unmistakable new atmosphere to Doctor Who Velocity.

I would be remiss if I didn’t mention how much this show sapped Boise Idaho of his talent. Mat Gillikin’s vibrant body armor pieces gave weight and identity to the Tron episode. Monica Aguilar’s knowledge of Mexican poetry gave The Silence its premise, but her acting brought Juana Ines de la Cruz’s struggles to life. It takes a careful hand to match outlandish visuals with historical pathos, but Doctor Who Velocity manages to thread the needle, with a feverish, dreamy energy that leaves a singular impression.

It is not known how long this project will last. The next step will try to make the most of a tragedy. When Dylan Wood, one of the cast members of the series, was injured in a car accident, he lost the use of most of his body. Dylan looked forward to continuing to use his acting talents, despite mobility challenges. This poses a new question for the team: with the technology at their disposal, what are the limits of an actor with reduced mobility? When we spoke, Chris was full of ideas, and I can’t wait to see where this phase takes the team.

Doctor Who Velocity doesn’t have a set schedule, but so far its future is bright. The teams Facebook page is a good resource for live events, and you can check out Crystal’s website if you want a taste of his comedy. Whether it’s in the TARDIS, the Seventh Dimension, or Boise Idaho, I’m glad these two are helping us see that there’s magic everywhere.

John Farrell is a domestic violence legal aid attorney living in West Chester, Pennsylvania. You can listen to her travel the weird west as Carrie A. Nation in the Joker’s Wild podcast at: https://jokerswildpodcast.weebly.com/

See below for our list of partners and affiliates: