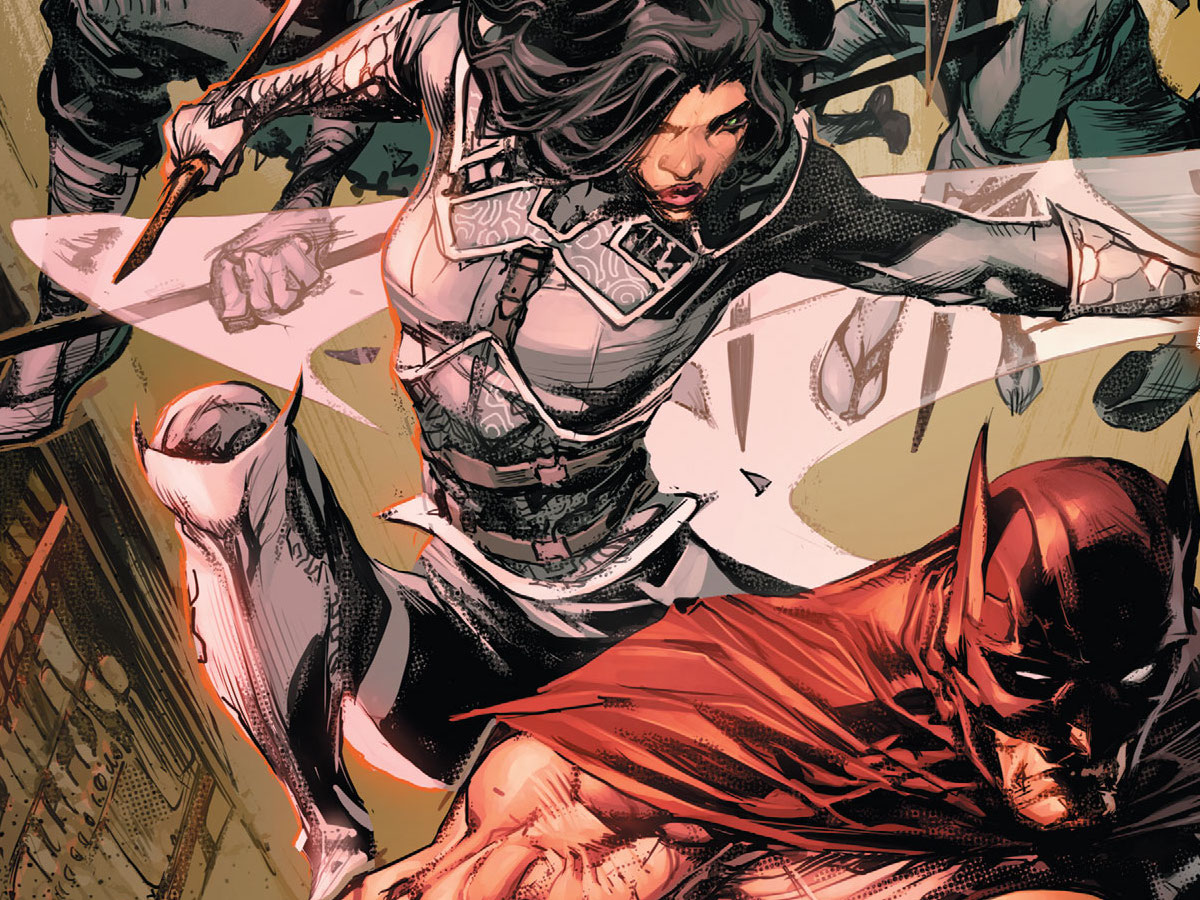 Ray: Josh Williamson writes almost all of Shadow War, so it’s less of a crossover than an epic story to wrap up this current era of his titles. And based on the first two numbers, we’re going to have a hell of a ride. In the aftermath of Ra’s Al Ghul’s assassination, Talia has declared war on the entire network run by Deathstroke, and several people are caught in the middle. Batman and Cameron Chase investigate the shooting and find evidence of a much larger conspiracy that veers away from Slade and towards a possible false flag within the League of Assassins. Meanwhile, Slade finds himself under attack as his inner sanctum is breached by a massive army of assassins, led by new killer Angel Breaker.

This new villain looks fantastic, but she’s mostly just a cool visual in this issue. I imagine we will learn a lot more about her in the future. With Slade on the run and taking his “son” Respawn with him, Rose is left alone and hunted by enemies for something she didn’t do, but it doesn’t take long for Damian to find her so they can start their own investigation. . It’s a fun, fast-paced story, but the most dramatic development comes in the final pages when Batman bursts into Talia’s seat to accuse her of being involved in Ra’s death. What happens next is unexpected, but not unpredictable, and adds another wrinkle to the story as it’s likely that Deathstroke will retaliate next week and the stakes will get even higher.

This month’s save is also from Williamson, fleshing out Batman and Deathstroke’s twisted backstory. With Trevor Hairsine’s art, it’s set right after Robin’s debut on the scene – and someone has released a hit specifically about the pint-sized superhero. This naturally sent Batman on the warpath and he battles Deathstroke. While Slade is as ruthless as he’s ever been, there’s also something wrong here – and it becomes very clear what it is once we hit the cliffhanger. It’s a solid setup for a great backup that should ramp up next month.

To find reviews of all of DC’s issues, visit DC This Week.

GeekDad received this comic for review.

Like? Take a second to support GeekDad and GeekMom on Patreon!

The best gaming monitors for PS5

World Cup 2022 Predict the outcome of every match, from the group stages to the final