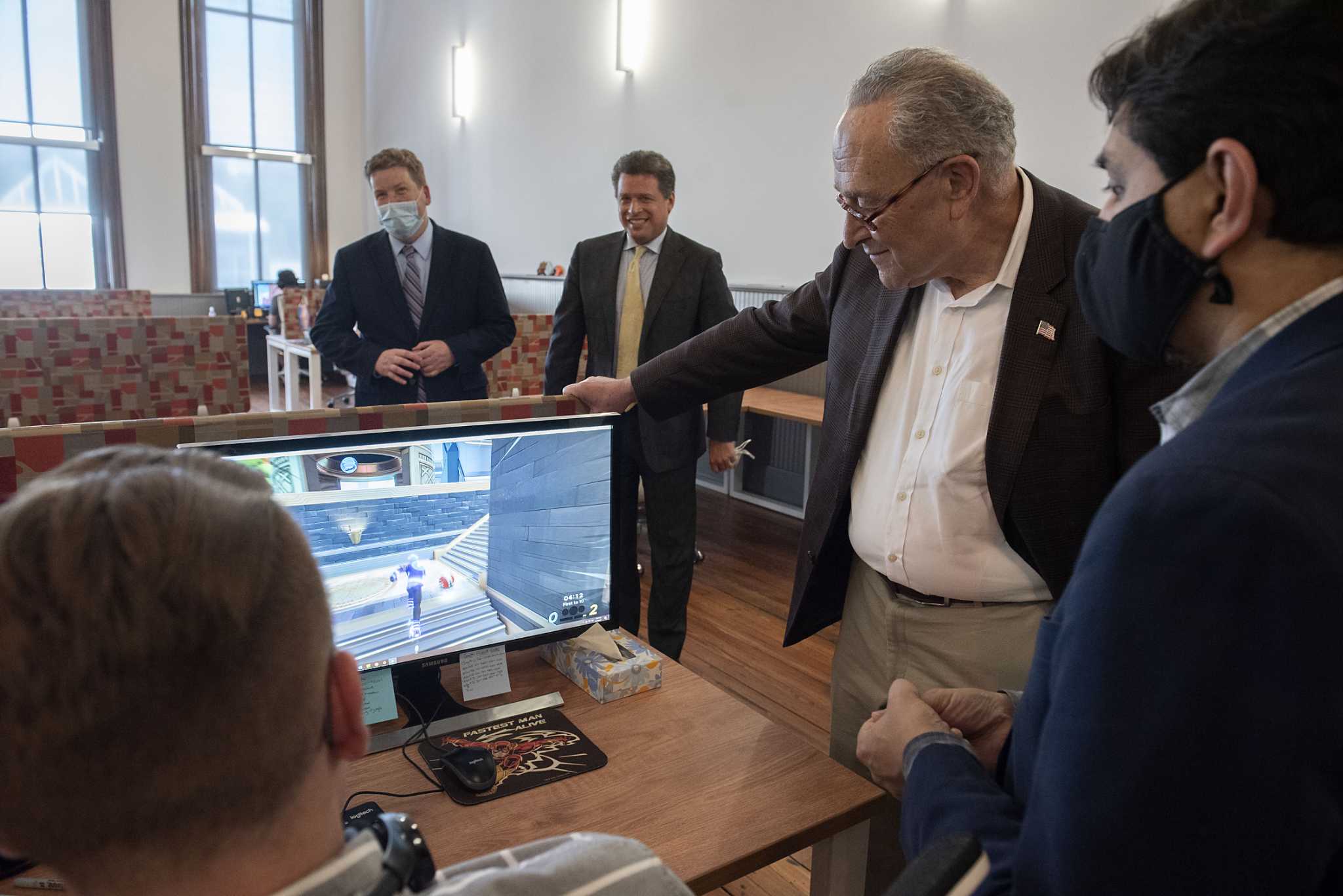 The Capital Region is home to 23 video game companies with 600 employees. Activision’s Vicarious Visions subsidiary, located in Colonie, is the largest local video game publisher and the first in a long line to be created from scratch here.

“The gaming industry generates hundreds of billions of dollars in revenue and shows no signs of slowing down, and some of the most cutting-edge games are being developed in the capital region,” Schumer said. “I have made it clear to Microsoft that if they are looking to improve their gaming business, the capital region has all the elements to become the next global gaming hub.

Vicarious Visions was started in the mid-1990s by brothers Guha and Karthik Bala. Karthik attended Rensselaer Polytechnic Institute in Troy. The company was acquired by Activision in 2005 and was one of the driving forces behind Guitar Hero and Tony Hawk’s Pro Skater.

Since the creation of Vicarious Visions, many other video game startups have been launched in the capital region, many of them in downtown Troy and also linked to RPI.

Microsoft makes the popular Xbox video game console and with its purchase of Activision Blizzard – for $68.7 billion – will become the third largest video game company by annual revenue.

Activision Blizzard has popular game titles such as Warcraft, Diablo, Overwatch, Call of Duty, and Candy Crush. It has 10,000 employees and is based in Santa Monica, California.

The video game industry is expected to reach $218.7 billion in annual sales by 2024, up from $178.73 billion in 2021. The industry has thrived during the COVID-19 pandemic as children are forced to stay indoors and parents work from home.