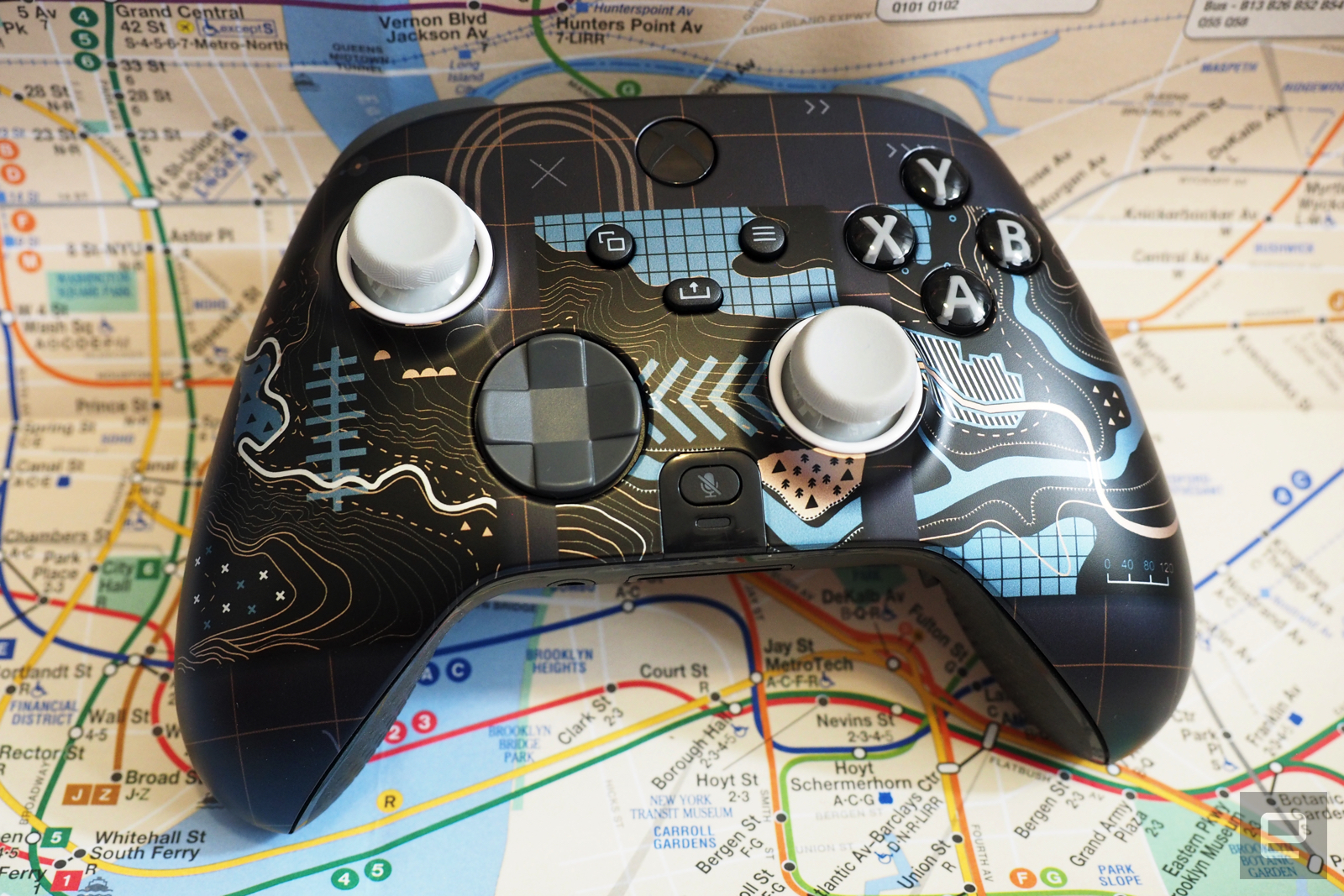 “Luxury” isn’t really a word you associate with game controllers, but when you spend $ 200 on a gamepad, that’s basically what you get. The fact is simply obscured by words like “Elite” and “Pro”. One of the companies manufacturing controllers at this level was Scuf, a brand that even collaborated with Microsoft on a official high-end controller. Today, the Scuf team puts its expertise at the service of Xbox X / S Series with the new $ 170 Instinct and $ 200 Instinct Pro, which bring back fan-favorite features like an interchangeable faceplate while upgrading buttons and switches.

I was sent the more expensive Instinct Pro, but rest assured that even the cheapest model is still of high quality. They are each packaged in a patterned black box which is more suitable for jewelry than gaming gear. The standard consumer version will come with a black faceplate, but the one I received was printed with a card pattern in black, gold and blue. I really like it, although I’m not a fan of the FPS games he’s supposed to invoke. The faceplate comes off with a firm pull, although five magnets underneath ensure it will stay in place during your gaming sessions.

The d-pad also comes off easily when pulled out with two fingers, but my attempts to dislodge it with my left thumb while playing were thankfully ineffective. However, the package does not include a replacement. What’s included in addition to the controller is a USB cable, two AA batteries, and two convex analog sticks, one short and one high. To swap them out, you have to remove the faceplate, then pull the levers so hard you feel like you’re doing something wrong. Replacements can then be put in place, although it may take a few tries to line up the pegs with the holes on the back of the shifters.

The front of the gamepad layout contains the standard array of buttons as well as a mute switch for any headphones that can be connected to the 3.5mm port on the bottom. The back, on the other hand, is another story. Scuf included four buttons just south of the battery cover, which can be mapped to duplicate one of the front buttons. However, unlike the long paddles found on the company’s other controllers, these instead consist of two flaps molded into the controller housing that protrude slightly, along with two buttons between them. Your middle finger should rest comfortably in the two concave corners created by the buttons, and flexing your fingers back is enough to push these flaps out, so you never have to move where your fingers rest like you do with your fingers. thumbs on the front of the gamepad and forefingers on the shoulder buttons and triggers.

The triggers for the more expensive Instinct Pro have also been slightly redesigned. Previous Scuf products allowed players to adjust sensitivity and install trigger stops that gave them a shorter press, like a mouse button. Now the triggers can be adjusted on the fly with a set of switches that can toggle the buttons between the traditional long pull like you would prefer in a driving game, to a shorter mouse click for weapon shots. . Each trigger can also be adjusted independently, which can make the feature useful for even more genres.

The latest new feature on the back is a button that lets you switch between three different setups – the controller is pre-programmed with settings for FPS / battle royale titles, sports, and racing. The settings can be changed on the controller itself by holding down the profile button until it blinks, then holding down the palette you want to change and the button you want it to emulate.

Aside from all the bells and whistles, the Scuf Instinct Pro has a really nice and premium hand feel. It’s strong but not heavy, and the grips have a rubberized hexagonal pattern that allows air circulation to prevent excessive palm sweating. I can’t tell you how you feel compared to other Scuf controllers, but compared to the standard Xbox gamepad or recent versions like the , it feels premium. Which should be the case, given that it is so much more expensive. Like all Scuf products, the Instinct and Instinct Pro are intended for professionals and others who take their games seriously enough to spend hundreds of dollars on equipment.