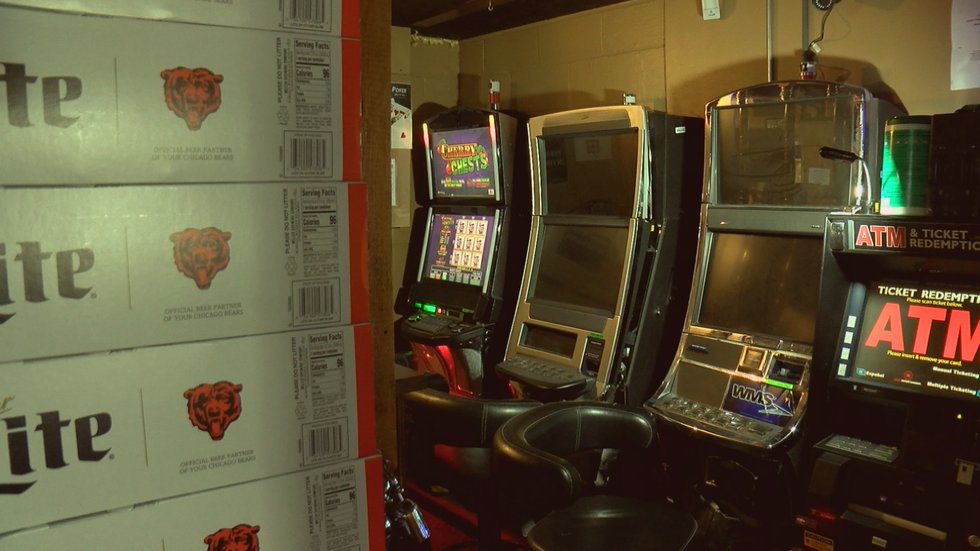 According to the police, there is a common theme. Most thieves go directly to slot machines for money.

“We knew it would be a matter of time before they probably tried to break into ours,” said Lynn Bouseman.

Bouseman said her phone rang around 4:30 a.m. and she immediately knew thieves broke into her bar, The Liquor Hut.

“And then I looked at my cameras on my phone, and I could see the only guy in the playroom tearing up the machines,” she said.

His Mcleansboro bar is the latest target in a wave of bar thefts in southern Illinois.

“You just feel like you’ve been raped, because we work, we work hard to grow our business and we take pride in what we do. So why are you trying to rob us, ”Bouseman said.

“You still think it’s okay and will be okay, and it’s just kind of a sense of security that you don’t have anymore,” said Diana Robinson.

Robinson’s bar in Whittington, The Barn Bar, was hit on October 11.

“They have just been destroyed,” she said.

According to Bacon, authorities are investigating several recent incidents in surrounding counties, and the majority of them involve bars with slot machines.

“I think someone knows something, and maybe someone will speak up, because so many of us have been affected,” Bouseman said.

“You’re scared if you’ve been hit, because they’ve been back to the same place a few times, or if you haven’t been hit, it’s kind of like who’s going to be next,” Robinson said.