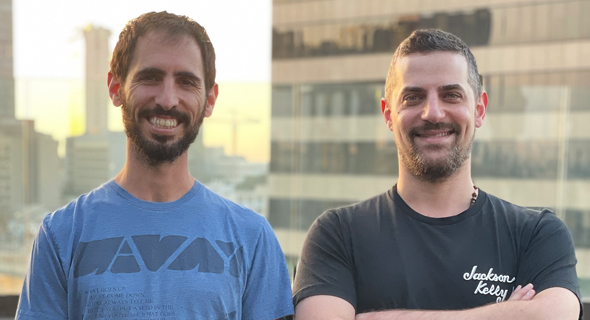 Sneaky Panda, an Israeli games company behind the “Luck-Puzzler” genre, has announced that it has raised $ 6 million in Seed to fulfill its mission to release its first title and launch a whole new genre of mobile gaming. The cycle was led by BITKRAFT Ventures and included participation from Remagine Ventures, FireArc, Joakim Achren and Etal Chomski.

The studio’s first game, due next year, will be a puzzle suitable for teenagers and adults that requires the player to collect items and strategic games to “create surprising synergies”. The company was founded by Ron Rejwan, co-founder of Jelly Button, and Niv Touboul, co-founder of Upopa Games. The two companies were acquired by Playtika and ironSource respectively.

â€œI discovered that the best way to dominate a market is to create it,â€ said Ron Rejwan, co-founder and CEO of Sneaky Panda. â€œDuring my time at Jelly Button, we featured Pirate Kings which brought the social casino genre to life and now generates billions of dollars a year. The mobile gaming market is saturated with companies trying to make better versions of existing products, but our approach at Sneaky Panda is to introduce the “Luck-Puzzler” genre, a completely new genre with more emphasis on skills and strategy than the current mobile games on the market. A new generation of mobile gamers has emerged and they are ready for more diverse and engaging gaming experiences.

BITKRAFT Ventures’ founding partner, Malte Barth, added: â€œRon and Niv are very experienced, extremely versatile and motivated entrepreneurs with exceptional speed and quality of execution. Mobile gaming represents one of the fastest growing gaming platforms in the world and the market is ripe for genre innovations. The Sneaky Panda team is creating a whole new genre in the mobile gaming space and we believe there is a significant audience out there who play puzzle and luck games who will appreciate the innovative design of the first Sneaky Panda title and will become a faithful community â€,

“We are delighted to support one of Israel’s most innovative mobile gaming teams in their efforts to create a new genre for gamers who today expect a more diverse gaming experience,” said Kevin Baxpehler, Partner director at Remagine Ventures.

Sneaky Panda was founded earlier this year. BITKRAFT Ventures is a global early and mid-stage investment platform for games, esports and interactive media. It operates under four venture capital funds with a total of $ 600 million and has 60 companies in its portfolio. Remagine Ventures was founded by Baxpehler and Eze Vidra and partners with Israeli startups and helps network them with strategic partners.

weekend pickleball tournament pits Aiken and Augusta against the others | Sports