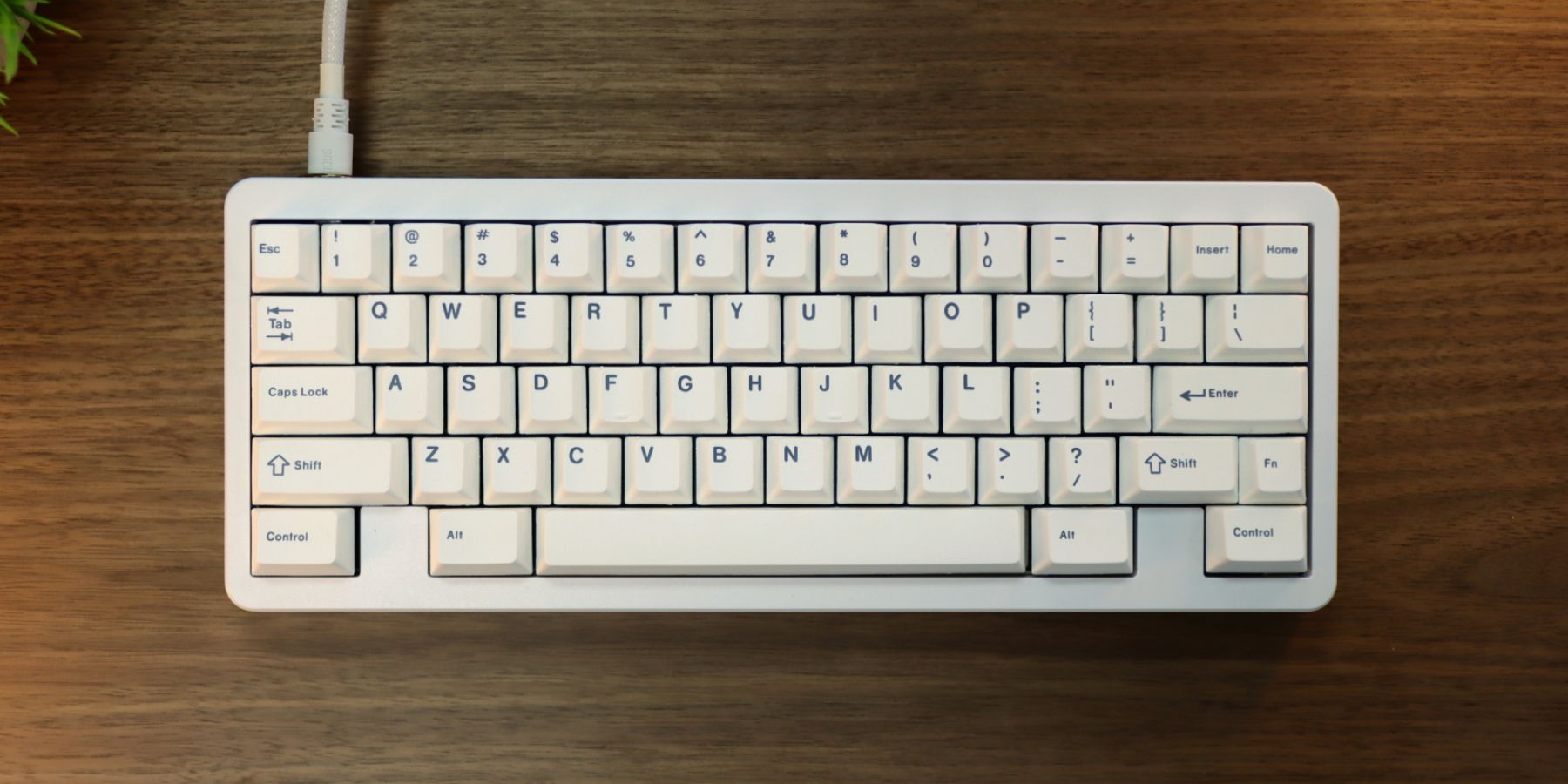 Spice up your gaming setup with a custom mechanical keyboard

The popularity of keyboard modification and custom keyboard building has grown dramatically over the past five years, but it remains quite a niche. While popular with gamers, most will look to well-priced Razer or HyperX keyboards for their PC setups, typically running them between $ 70 and $ 150, but can go much further. And the typewriter style has been a fad throughout 2021 for aesthetic setups, especially through working from home. For about the same price, hobbyists can dive into the world of building and modifying keyboards, and the results are well worth it.

Unfortunately, not many people know that the joy of building and modifying their keyboard can be customized and tailored to their tastes. Perhaps this is because the hobby can be quite intimidating. Much of it comes down to the compatibility between its components, and the list goes a bit long: keys, switches, stabilizers, housing, a possible plate, and PCB. Also, this listing does not include lubricant, film, foam, and other parts that would be used to modify the sound and feel of the keyboard, as well as the tools needed to modify such as drawbars and switches. Still, there are easy ways to get started with the hobby without spending too much money at the start, which will definitely improve the typing or gaming experience.

Modifying a pre-built keyboard is a great place to start

Rather than going head-first into building the keyboard, people might want to start by modifying their current keyboard if possible or buying a pre-built one. In fact, most mechanical keyboards like the Corsair K70 can be modified in one way or another. Of course, people are welcome to create a full keyboard from scratch, but do it without making a mistake, for example, by ordering a Cherry MX style switch when the PCB takes Gateron switches, ANSI layout plate instead of an ISO, or get snap-on stabilizers when the PCB requires screw-in blades.

The easiest way to modify a pre-existing keyboard is to purchase different keys. However, while this may give the device a whole new look, it won’t go very far in terms of feel and sound, although the different types of key profiles outside of the standard Cherry profile such as XDA or SA may look completely different. of most modern mechanical keyboards. Keycaps can be found in any design imaginable, and users often choose to opt for themed keycaps, such as the Nintendo 64 Pokemon keys. On their own, they can greatly enhance the aesthetics of any office setup.

But what most will want to do is modify or even completely replace the switches on their keyboard. Modding switches mainly involve coating the internal mechanisms with lubricant – the most popular choice by far being the Krytox 205g0 – which prevents the plastic inside the switch housing from scratching against itself when pushed in. . It drastically dampens key noise in a nice way, which is why the custom mechanical keyboard community often thinks of it as the most important mod one can make. However, whether the switches can be removed from the PCB and therefore completely disassembled, it depends on whether the PCB is hot-swappable or soldered.

For a long time, switches were soldered or permanently attached to the PCB using a soldering iron, and many, like most Ducky brand keyboards, still are. Of course, hobbyists can always try desoldering by purchasing inexpensive soldering irons, and most experienced keyboard builders do, but it’s not something that a beginner would likely want to try. If so, spray lubrication is what most turn to, which sprays lubricant into the switch while it’s still attached. Additionally, keeb modders often add foam inside the keyboard, which can sometimes be done with hot-swappable boards or soldered by sticking it under the PCB, to further reduce switch noise.

But the style of the Switch itself is probably the biggest area of â€‹â€‹interest for avid keyboard builders, as that’s what primarily makes or breaks the keyboard experience. Many gamers may have heard of various Cherry MX styles such as reds, browns or blues, each dictating the type of noise and feeling the user would receive with one click. The Cherry MX Blues, for example, are known to be loud and clickable while the Reds are smooth, linear, and much quieter. But the switching styles are much more extensive than that, but it greatly affects the typing and gaming experience when playing any FPS like Call of Duty: Modern Warfare.

To provide some of the more popular switch types as an example, Holy Pandas are known for their subtle background sound while being heavier for a tactile switch, and Gateron Ink Blacks are soft-press linear. which provide a deep and satisfying tapping sound. The key here is to do your research through Reddit and other forums for reviews and YouTube for sound samples. But again, it is important to make sure that the switch is compatible with other parts of the keyboard like the PCB and keys before purchasing.

Building a keyboard from scratch is difficult but rewarding

On the other hand, building a keyboard completely from scratch, or being able to decide on each piece that goes into the keyboard, can lead to satisfactory results and the end result would theoretically be exactly what the user wants. it either. And after putting in so much effort, the end product will hopefully be rewarding. The most important thing to keep in mind when building the “perfect custom keyboard”, other than compatibility, is that everything will need to be purchased online as the components are not regularly sold in PC stores.

Additionally, many desired components may not be readily available. Switches may or may not be in stock depending on their popularity, and some may be sold out within minutes. Popular keyboard cases, such as the lower case of the entire build, such as the Tofu60, may only go on sale from time to time, with the exception of the aftermarket, which also applies to other important aspects of the hobby. Keycaps can not only be quite expensive, but unique ones are usually only sold through group buying, which is a similar concept to Kickstarter: if the product is fully funded, buyers will be charged and after a long time. waiting, they’ll be delivered the entire keycap.

But after a long and expensive process of waiting, researching, and possibly more waiting, consumers can create fully personalized material that they can enjoy every time they chat with friends, work from home, or shop for indies. Steam neat. And if that’s not all they hoped and dreamed of, they can always make tweaks and tweaks to get closer to the satisfying sounds the keeb community raves about.

Ubisoft is addressing its plans to start making games using blockchain technologies like cryptocurrency and NFTs in the future.

After growing up with Pokemon, Kirby, and Animal Crossing, The Elder Scrolls’ fifth installment of Skyrim changed her life and she has been an avid gamer ever since. If she’s not tending to another new farm in Stardew Valley, find her hunting for used 3DS cartridges or searching for the next bestselling narrative indie game.

University of South Carolina golf could qualify for LPGA