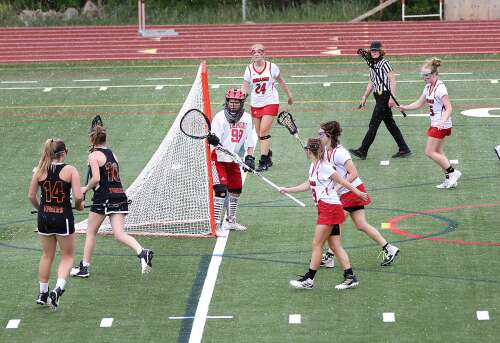 The high school spring sports season kicks off this weekend, with nearly every La Plata County team in action.

A few local contests will take place, but most teams will hit the road to start their season.

The Durango women’s lacrosse team is scheduled to play two home games this weekend. DHS will begin hosting Telluride at 5 p.m. Friday. The Demons next face Santa Fe Prep at 11 a.m. Saturday. After that, the team will play eight consecutive road games before returning to Durango on April 28.

Ignacio’s women’s soccer team will also be at home this weekend. The team will kick off at 1 p.m. Saturday against foe Bayfield County.

The Durango women’s soccer team will start with two away games, against Cañon City on Friday and Pueblo West on Saturday.

The Durango and Bayfield baseball teams are both scheduled to compete in the Montrose High School tournament, facing off at 2:30 p.m. Saturday.

Ignacio’s baseball team is scheduled to start its home season Tuesday against Bayfield.

The Durango women’s tennis team started their season last weekend with a pair of matches at Montrose, beating MHS but falling to Vail Mountain. This week, the team will travel to Grand Junction, first play Steamboat Springs on Friday, then compete in the 16-team Western Slope Invitational on Saturday.

Durango’s track team won’t go far to start their season. The Demons will participate at the Farmington High School invite on Saturday.

Track teams Bayfield and Ignacio, meanwhile, will start next Friday at the Bayfield Invitational. The Demons will also take part in the Bayfield meeting.

The Durango women’s golf team will begin its season Monday at Palisade.