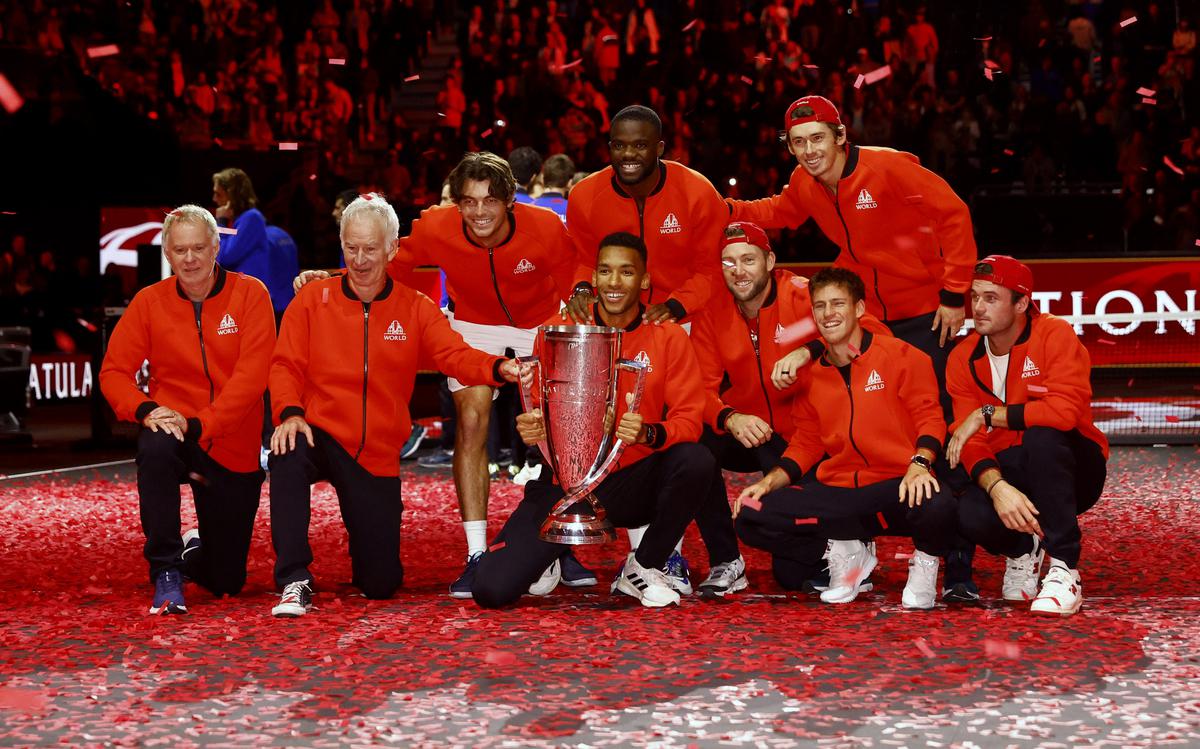 The 2022 Laver Cup was the fifth edition of the Laver Cup, a men’s tennis tournament between teams from Europe and the rest of the world. It took place on an indoor hard court at the O2 Arena in London, England. This tournament marked the retirement of 20-time major singles champion and former world No. 1 in singles, Roger Federer. The former champion alongside long-time rival Rafael Nadal was narrowly beaten in the third-set super tie-break against Jack Sock and Frances Tiafoe.