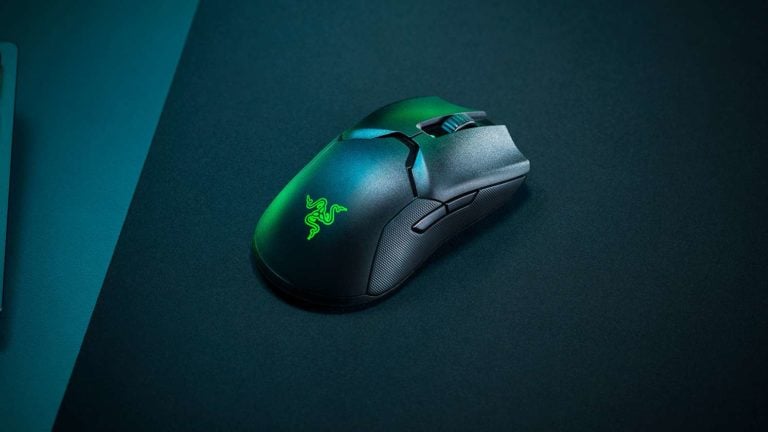 The best gaming mice for laptops

Laptops have tons of power these days, but none of their upgrades have overcome a universal truth: Touchpads are terrible for gaming. So, to really enjoy what your laptop is capable of, you’ll need a separate gaming mouse – and luckily, there are plenty on the market that will fill the bill well.

For laptop mice, we took into account a few factors: portability, ease of use for storage, battery life, and form factor.

The combination of affordability, performance and design is what gives the Razer Viper Wireless the crown here. It’s a relatively lightweight cordless mouse at 74 grams without the perforated honeycomb design, which is a bonus for those with trypophobia among us.

Borrow the ambidextrous design of the Viper (and Mini Viper), the Viper Wireless comes with Razer’s optical switches and a 20K optical sensor that rivals anything on the market. It also comes with a handy charging station with its own LED light strip and up to 70 hours of battery life (if all light functions are turned off).

The mouse also charges relatively quickly – 5 hours of battery power every 10 minutes, the Viper Wireless is connected to the docking station. The sides of the Viper Wireless also have textured handles and there are four versions in white, black, Cyberpunk 2077– yellow theme, or rose quartz. (If you’re not picky about color, the black Viper Ultimate is going for an excellent $ 69.99 right now.)

the Corsair Saber RGB Pro Wireless looks simple with its matte black plastic look, but inside is a surprisingly capable kit with an above-average poll rate and multiple connectivity options.

Users have three connectivity options on the Saber RGB Pro Wireless. They can use it as an ordinary wired mouse, connect it via bluetooth, or use the 2.4GHz wireless dongle with a battery life of about 60 hours.

Performance is another strong point of the Saber RGB Pro Wireless. The 2000Hz polling rate is double that of most gaming mice on the market – though not as high (or as CPU-intensive) as the 8000Hz polling rate on the new Razer Viper. But since many laptops will typically only have a 144Hz or 240Hz screen, and most games on a gaming laptop typically aren’t capable of outputting images any faster than that, the 2000Hz is more than enough for anything you can throw at it.

The Saber RGB Pro Wireless also includes the Corsair Marksman sensor, up to 26,000 DPI, and durable Omron switches with a life expectancy of 50 million clicks. And while it’s more expensive than most wired mice, it’s cheaper than wireless offerings from Logitech or Razer.

Many gamers opt for ultralight mice to reduce fatigue, especially when playing competitive games like VALUING Where Apex Legends. Master Cooler MM720 is one of the lightest mice available on the market today, but it is also very inexpensively priced.

Like many ultralight mice, the MM720 uses a perforated honeycomb design to reduce weight. The holes are on the back and sides of the mouse, resulting in a unit that weighs just 49 grams.

The MM720 is intended for right-handed people only. It’s a six-button mouse with a pronounced finger rest on the right side. The finger rest contributes to the large area of â€‹â€‹105mm x 78mm x 37mm, which is well suited for people with larger hands.

For an ultralight mouse, the MM720 has decent performance. The PMW 3389 has a proven track record, delivering a reasonable 1000 Hz polling rate and sensitivity up to 16,000 DPI. There are LK optical switches for the lowest

It uses the PixArt PMW 3389 sensor with sensitivity up to 16,000 DPI and a polling rate of 1,000 Hz. Buttons use LK optical switches for lower input lag, too. The only main downside is that it’s wired which can be a problem if you can’t cope with cords with your laptop. Still, you’ll be hard pressed to find a mouse this light and with so much quality, at this price.

ROCCAT KonÃ© Pro has very distinct RGB lighting to make it stand out. Instead of having light strips on the side or the logo, it has internal lighting that only illuminates the mouse buttons.

On the construction side, the Kone Pro is very light despite its solid aluminum scroll wheel. The Kone Pro uses a honeycomb shell to reduce its overall weight to 66 grams, but the internal components aren’t exposed to dust and dirt like other ultralight offerings.

The Kone Pro has a simple ergonomic design for right-handed users, and the company’s Owl-Eye PAW3370 sensor is good and reliable. Roccat’s Titan optical switches offer longer durability and shorter response times, and the sensor supports up to 19,000 DPI.

With a PhantomFlex cable and pure PTFE mouse feet, the Kone Pro also supports Nvidia’s Reflex technology. This is one of the few mice that works with the latency detection system, although you will need an Nvidia Reflex compatible monitor to take advantage of this feature.

The Kone Pro is not only a beautiful mouse, but it’s also a reliable mouse with a comfortable shape that won’t break the bank. If you want to spend a little more to ditch the cable, Roccat also offers a wireless version available in the Kone Pro Air.

There is no shortage of competition in the gaming mouse category. If you are still not convinced by the above, here are a few alternatives you might consider: