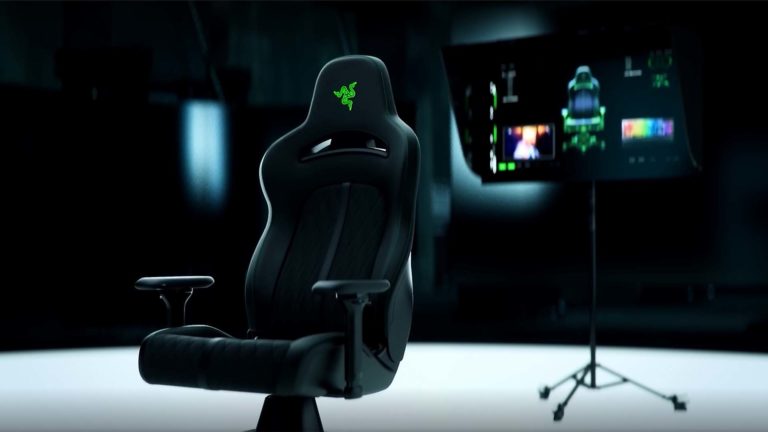 Razer unveiled its haptic gaming chair concept in the Razer Enki Pro HyperSense at this year’s annual CES tech conference. The Enki product line changes the dimensions of a standard gaming chair with an enlarged shoulder rest, wider seat base and integrated lumbar support. Razer claims that these iterations help add more comfort to users despite the way they can sit in the chair.

Enki Pro HyperSense adds the HyperSense haptics of Razer’s Kraken gaming headsets for added immersion. Once the haptics are activated, the vibrations of the game will resonate in the seat and the backrest. games like Forza Horizon 5 already have native support for using haptics properly, as well as over 2,200 other games, TV shows, music, and movies.

Media not natively supported will also use haptics, using what Razer calls Direct Input Haptics. The caveat is that they won’t have the same level of comments as those in the library with native support. It is not known which media would be supported by Enki Pro HyperSense. When asked about support for the PS5, Razer said games will run through Direct Input Haptics rather than simulating the haptic feel in the DualSense.

The motor driving the haptic is powerful enough to create a G of force and “create 1.5 inches of vertical and back tilt,” Razer said in a press release. This amount of sensation is made possible by the chair’s 65,000 haptic variations. Whether or not this replicates an immersive experience remains to be seen.

Razer’s Chroma RGB is integrated into the chair’s headrest, which would connect with the Razer Synapse Chroma ecosystem. It would also work in tandem with the new Smart Home products that the manufacturer also announced at CES.

Haptics, when used in the right way, can take a gaming experience to the next level. PS5 games like Return and Ratchet & Clank: Rift apart uses haptics to engage the player in the onscreen action. If Razer develops the concept further, gamers could feel explosions with more than their heads and hands.