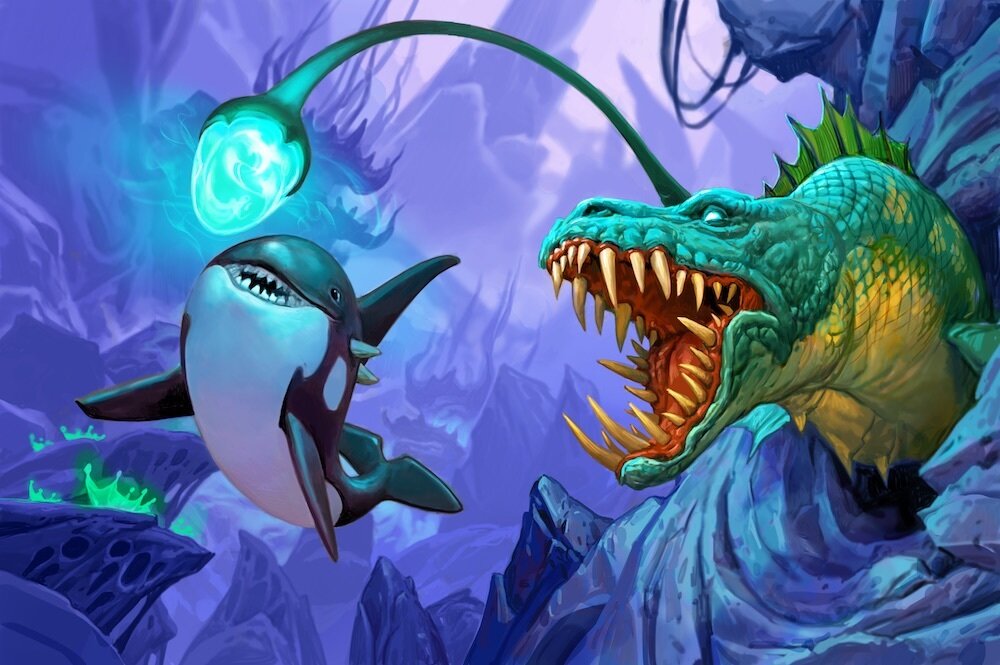 The Hearthstone Masters Tour: Voyage to the Sunken City tournament took place last weekend. There are a few Masters Tour tournaments a year, and this was the third in 2022. Players from all over the world fought for the $250,000 purse. However, money was not the only motivation competitors were fighting for. The outcome of this tournament decided who would qualify for the Summer Championships and Hearthstone Grandmasters: Last Call, both of which are slated to happen later this year.

There were around 400 players each trying to outdo each other for that sweet but elusive victory. And it’s not like they’re just a collection of random players; many of them were among the best players in the whole world. Naturally, the competition was tough and only the toughest and most focused competitors persevered to the very end.

Hearthstone Masters Tour: Voyage to the Sunken City kicked off its first day of competition on April 29. Each entrant brought four decks and four classes, while matches had to be best out of five. By the time the tournament got into the top 16, we already knew we were in for a show. This round was interesting because all the battles were relatively equal; no match resulted in a clear 3:0 victory, except one. But more on that in a moment.

The matches were quite intense and were a joy to watch for hardcore and casual fans alike. Whoever managed to tune in certainly didn’t miss the action, because there was plenty of it. Harri “Habugabu” Jalovaara, Jon “Orange” Westberg, VKmsbc, Sabito, Simone “Leta” Liguori, FaceOff, Nasos “Cursed” Papadimitriou and Wataru “posesi” Ishibashi all managed to beat the competition and break into the coveted top 8 . .

The tension has increased further because, realistically, it has become anyone’s game. All of the contenders are incredibly skilled and can pull off a win out of thin air. Three of the four matches were tightly contested, resulting in narrow 3-2 wins. The top 8 contained many familiar faces like Grandmasters Leta, Orange, and Posesi.

Fans were thrilled because all of the remaining players were essentially at the same skill level, making it pointless to guess who was going to win. Believe me, many have tried, even during this tournament, and failed miserably. In the incredible twists of the event, the four that remained were Orange, VKmsbc, FaceOff and Cursed.

Orange against VKmsbc. FaceOff against Cursed. This is the point where you can almost taste victory, but in reality now comes the hard part. Four of the best players stayed to compete for a chance to play in the final.

In the game between Orange and VKmsbc, the latter managed to win 3:1. He used his Boar Priest, Naga Ping Mage, and Naga Demon Hunter decks to get closer to the finals.

FaceOff against Cursed also ended in a 3:1 final score where Cursed took off with the win. He used Mech Mage, Beast Druid, and Face Hunter to secure his place in the finals.

At the inevitable end, only two were left standing. Since this is the finale, you generally expect a fierce battle that can go either way at any time. While that might be the case most of the time, it certainly wasn’t the case here. Do you remember when I mentioned that only one player managed to beat his opponent 3:0 in the Round of 16? Well, history was about to repeat itself.

Even though both players are absolutely amazing at the game, only one can emerge victorious and this time VKmsbc took a decisive lead and never looked back. This resulted in a clear 3:0 destruction where Cursed simply didn’t have a chance.

In the first game, it was VKmsbc’s Control Warrior against Cursed’s Face Hunter. At first, you might even have thought that Cursed could get the win here due to the aggressive start. However, VKmsbc didn’t give up, instead, cleaned up their rival’s board and used Frozen Buckler to earn armor.

For the next two turns he continued to gain armor and clear the board. Unfortunately, that was too much for Cursed, as it didn’t take him long to admit defeat and throw in the towel for the opener.

The second game was interesting as it featured VKmsbc’s Naga Demon Hunter deck while Cursed opted for its Beast Druid. Once again, VKmsbc proceeded to clean the board, and quite quickly. He then proceeded to summon Drek’Thar on his fourth turn, bringing with him two Pufferfist minions.

It’s a massive move as they damage all enemies after a hero attacks, pushing Cursed into a tough spot. As soon as VKmsbc finished its turn, Cursed lost the game.

The finals seemed over after 2:0, but Cursed was starting to show signs of life. Game 3 featured VKmsbc’s Naga Ping Mage versus Cursed’s Naga Demon Hunter. In an epic fight, Cursed managed to halve mcbs health. VKmsbc continued to retaliate relentlessly, and perhaps his key move was using the Horn of the Ancients.

He got Blackwater Behemoth for one mana and put it on the board for the Lifesteal. VKmsbc started to regain some health, and things were starting to look bleak for Cursed all of a sudden. It didn’t take long for VKmsbc to complete Cursed and win the Hearthstone Masters Tour: Voyage to the Sunken City tournament!

It was thrilling and worth watching, but don’t think we’re done yet. Next up is Hearthstone Esports’ second Battlegrounds event of the year, Lobby Legends – Noblegarden, kicking off on May 14!