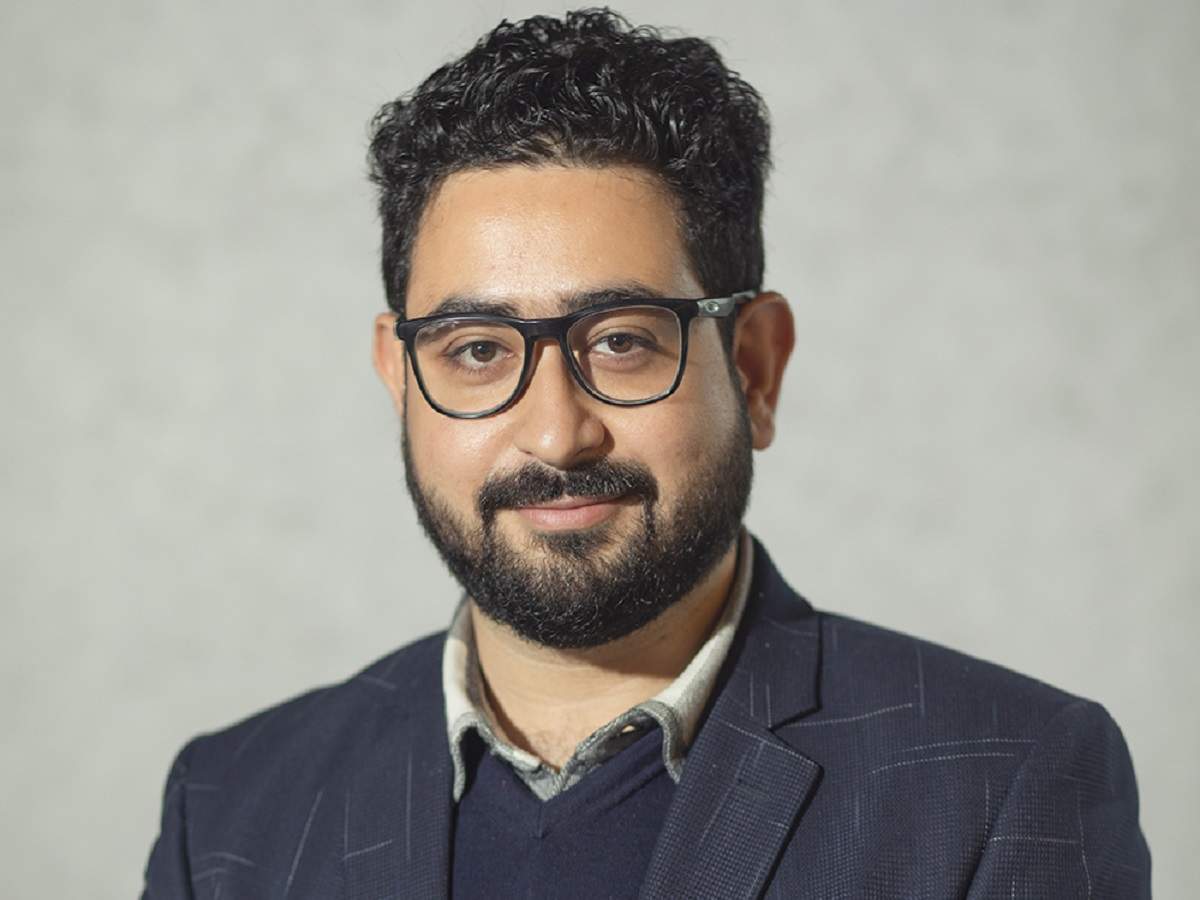 Fantasy games in India have seen an increase in recent years, thanks to better and cheaper internet connections and the growing adoption of smartphones even in small towns. While cricket still reigns supreme in terms of the number of users it attracts, there are other games and sports that are finding more and more takers.

For Baazi Games, which started about 7 years ago, it has been an interesting journey. The platform, launched by poker enthusiasts, aimed to give players a great experience, as poker was not yet very popular in India. From there, the platform has now branched out into other sports and has offered two more segments, RummyBaazi and BalleBaazi.

The fact that people are open not only to play games online but also to spend on gaming platforms is evident from the fact that Baazi Games has grown by 70% over the past three years. The platform charges entry fees for the leagues it runs on its platform and takes around 3-4% of the entry fee pool as commission. We recently spoke to Varun Ganjoo, Co-Founder and Marketing Director of Baazi Games, who took us behind the scenes and explained everything that had happened and how the platform is developing. Extracts:

Q) It has been 7 years since the launch of Baazi Games. Can you tell us about your journey so far?

The idea came to us in 2013. The founding team was made up of people who loved poker and were really passionate about the game. Back then, there were no good platforms for online poker. It took us a year to finalize the structure, understand the legal aspects and develop the software. We launched in October 2014 with PokerBaazi. As our experience grew, we thought about branching out, and that’s how we launched our vertical fantasy BalleBaazi in January 2018. In 2019, we launched our Rummy vertical, RummyBaazi. Over the years, in addition to diversifying into these multiple skill-based gaming platforms, we have also tried to change the public perception around games like poker. People thought that poker or anything card related to it was a game. However, the continued efforts of the industry and many initiatives that we have taken over the years have helped to change perception at a fairly rapid rate. Additionally, we realized that since these are games where there is money at stake, there could be an addiction factor. Although there is no central regulation yet, we have decided to self-regulate. Responsible gambling is very critical if we are to develop in a sustainable way. So we were the first platform to have an automated and appropriate responsible gaming system in place that monitors users and alerts them if they show signs of addiction. They can then restrict their play or take a full platform break. But if we had to talk about any milestones, it would be the recent National Poker Series, which is by far the largest online poker tournament in India in terms of volume. We saw the participation of over 83,000 people over 15 days. Second, we are very proud of our new mobile app which we launched in May. We are part of a heavy product industry and since we work entirely on our own technology in-house we understand the importance of technology and this new technology has really put us on a global map.


Q) What impact has the pandemic had on the business?

The last year and a half has been a roller coaster ride, there have been a lot of ups and downs. Although there has been a spike in terms of casual or card-based gaming segments, the fantasy industry, which is closely linked to live sporting events, has been affected due to the closure of all sporting events. worldwide. For poker and rummy, we saw a 30% increase in the user base during the early periods of lockdown. It was around this time that people really got to experience the online version of the game. We have seen a huge leap in games like Ludo. It also came as a welcome distraction for people during these terrible times. Also, it was easier for them to just access their cell phones and hang out and have fun. Some research shows that the average user play time in India has dropped from around 2.5 hours to 4 hours after Covid. So here are some of the changes that have had a positive impact. But for fantasy sports, during the first four months of the lockdown when no sports were happening, it was a zero income phase for BalleBaazi. But since we are a product-centric company, we have used this time to make a lot of changes, implement product improvisations, and introduce new formats into the game. We have come up with many interesting virtual game formats where it doesn’t. there was no real money involved, but it kept users engaged. Overall, the industry has grown. For us, growth has been continuous over the past few years. We have progressed at a CAGR of around 70% at the group level over the past three years and the lockdown was just one more peak.

Q) Which of Baazi Games’ three verticals has grown the fastest? Are you also exploring other sports and verticals?

BalleBaazi offers games like soccer and kabaddi, but cricket remains the greatest enjoyment of the public and accounts for around 85-90% of revenue. Of our 10 million users for our entire group, 7 million would be for BalleBaazi. But poker is the highest ticket game. So in terms of contribution, around 50% would come from PokerBaazi. However, poker is still at a very nascent stage in India. And being at the top, it’s our responsibility to grow the industry. So those numbers are going to increase as well, but right now we’re at around 2 million for PokerBaazi.

Q) In recent years, many fantastic gaming platforms have emerged, especially in the cricket segment. How do you manage differentiation?

When we set up the platforms, our goal was to provide our users with a superior experience. But in the fantasy segment, there are a few big brands that have been in the space for about 10 to 12 years now. So we also focused on innovation. When we launched, we offered interesting formats that are still unique to us, like our fantastic batting and bowling format. This has allowed us to grab attention and attract users. Additionally, we were able to acquire hardcore fantasy users quite early on. We believe our existing group of players will be able to bring us more. Sponsorship programs are therefore at the center of our expansion campaigns. We have one of the best referral programs out there and will continue to improvise on that as well.

Q) Have you considered advertising on the platform to increase your revenue stream?

It is always an opportunity, but we have specifically chosen not to take this path. And the reason is that the games we have on our platforms, while they are fun games, are not exactly casual. So we want to offer them this healthy experience and not disrupt that experience by adding ad streams, at least for now.


Q) Since games like poker are sometimes stigmatized, how do you educate people?

When we started, we were the first brand in the real money online gaming segment to involve a celebrity. At that time, we partnered up with Sunny Leone for a digital partnership because their digital presence was huge at the time. It helped us spread awareness of the game. And the content also focused on the skill aspect. Eventually, we hired a bunch of pros that we called the PokerBaazi Team Pro, who ran a lot of webinars that talked about things like how probability is involved in gambling or how it’s a game of skill. Apart from that, we have also partnered with many leading educational institutions. But it is an ongoing effort. So in the next phase you will see a lot of content creation around these games because this is also how we are going to raise awareness and involve more people. For poker, we have a live room in Goa where we have a connection with a casino there to organize our big live tournaments. We have a proper streaming setup there where we generate a lot of live poker content that we publish digitally. It also helps to do a lot of outreach.


Q) Outside of these webinars and live events, how are you reaching your audience? What does your larger marketing plan look like?

Although television is an important medium, our strategy is not to jump on it right away because for us it makes sense to advertise where our audience is. Our audiences are digital savvy and there are many channels like OTT, social media, and the influencer market that can help us engage with them. These channels will continue to play an important role in the future. In addition, you have many specific and in-depth digital targeting options, which helps us to specifically pick and choose the campaigns we want to run and target the desired demographics. So in the future we will continue to focus on digital.

Q) What goals have you set for this year? What growth do you envision?

We have grown and we want to continue to grow at 70% CAGR. In terms of user base, if all goes well, we hope to see 100% growth in the new user base at the group level in fiscal 2022.

Q) What is your broader vision for Baazi Games?

We want to be known as the biggest local tech brand specializing in games and also the only brand that is just a whistle away from its consumers. This is something that we have enjoyed so far in the industry, especially in poker, where people see us as the best customer service and the organization of the customer experience. We also understand the intricacies of tiny things. For a game like poker or rummy, where you would have to spend hours, even the color of the marker or the size of the number on the card matters. This is the kind of detail we get into. It is only possible to improve this experience further if we are closer to our audiences and that is where we would like to be.

Ban on smoking in casinos advocated by a Californian group