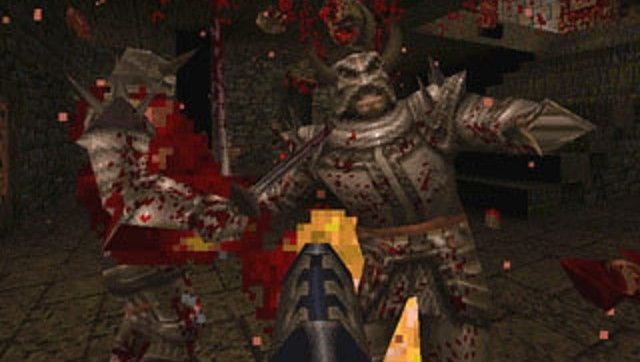 Think hardy video game perennials that you keep planted to return when the mood strikes, or replay every year or two as a personal ritual. Which of them is the oldest? I have Pool of Radiance, a downright old D&D RPG from 1988, on the way right now – a game that I regularly restart without ever finishing as I try again and again to find the perfect balance of elven combatant /thief and fighter/elven mages.

Here are our answers, plus some of our forum.

Lauren Aitken, Associate Guides Editor: We have Halo Hogmanay, where we play Halo 2 co-op. We’ve been doing it for 6 years now, it’s a fun way to spend it. XCOM 2 and The Witcher 3 will also never be uninstalled, alongside Oblivion. A nice eclectic mix to remind me why I love games.

Wes Fenlon, Editor: Confession: I didn’t play Quake when it was new, in 1996. Heck, I didn’t even play it when it was old in 2006 or 2016. I really dug into it for the first time in 2020 (opens in a new tab), and damn it held up well. I’ve kept it installed since then and come back to play something new every few months. First it was the two original expansions, and then last year’s MachineGames anniversary episode (opens in a new tab)which I am very happy to play.

At some point later this year I think I’ll want more, and I’ll probably play The Forgotten Sepulcher (opens in a new tab). I can’t claim to have kept Quake installed for years and years like Jody did with Pool of Radiance, but I have a feeling it will be on that SSD until it turns to dust.

Chris Livingston, Feature Film Producer: At this point it’s mostly due to trying out mods, but I still occasionally jump into The Elder Scrolls 4: Oblivion. And once I’m done with the mod I’m checking out, I usually stick around for a while. It’s definitely long in the tooth when it comes to looks and it feels oddly empty (unless the mod I’m trying adds some extra NPCs) but it’s such a comfortable world to revisit after spending time there. about 400 hours all those years ago.

ZedClampet: Every once in a while I play an older game, but the only older games I repeatedly come back to are RE4 and the Roller Coaster Tycoon games. However, all have had new editions released since the original games. I think the oldest is the RE4 HD from 2014.

Colif: Torchlight 2: 2012 – although I’m playing a modded version now, as I went back to it on 2 newer computers and the stock game becomes predictable after a while.

I remember Roller Coaster Tycoon 2 broke my mouse once (that or the mouse died while playing the game which made it difficult to exit the game as everything was working from the mouse (and/or I didn’t know shortcut keys).

Brian Boru: Are remasters allowed? If so, then the Command & Conquer remaster of games + expansions 1995-97 will be an annual rerun for me. Otherwise, Command & Conquer Generals Zero Hour from 2003 is the oldest I’ve installed. Other 2000s regulars are Civ4 and the original Crysis pair.

Alma: Apparently Hearthstone is a game from 2014. It’s the oldest game I still play regularly.

Fridis: Lotto online. At least once a year, I go back to discover Bree and Shire. I might go into the housing area and see if there are any nice house decorations or run on one of the race tracks. Last time I played it, I took my nephew on a trip to a faraway land. We never made it to this land, but we had fun trying while making just about everything we came across worse. It’s just a great world to visit. Me on my horse in Bree:

Rizengang: Hmm, I’m not totally sure, but I think it’s probably Oblivion and Dawn of War: Dark Crusade, which are both games from 2006. I had the physical version of Dark Crusade at the time, and I played it a lot solo and with my (always) good friend. I still come back to it from time to time, it has the added bonus of being able to run on a toaster so I can play it on my laptop as well. As for Oblivion, it’s my favorite Bethesda game and the one with which I have many fond memories. For this question, that might be a bit of a stretch, since I don’t come back to this very often.

DXCHASE: I have emulators that are out of the box, I have arcade games at home with classics out of the box, but as far as PC goes, the oldest game I have played/installed is original Doom and other originals like this (Quake, Serious Sam, Hexen, etc.)

major : I play more older games than new each year, so my library of older games is quite large. Many of them are repurchases of older “boxed” versions in digital format, so if I want to play them, they’re much easier to install. Lots of those I haven’t played in over 10 years (but hey, they’re there if I want to!). There is also a select group that I go back to and play with regularly.

As for your question, it will all depend on whether you accept remasters or enhanced editions. If so, then it would be Baldur’s Gate 1 (1998 version), but I’m actually playing the upgraded version released in 2013. Same game, but slightly better graphics plus lots of other improvements.

If not, then the oldest game I keep installed and occasionally play would be Half-Life 2 (2002). There’s just something about the atmosphere and the flow that I’ve never seen or felt in any other game, regardless of genre. HL2 was ahead of its time.

Wooden saucer: I don’t often play old games. Technically the oldest for me right now would be some old arcade classics. I built my own arcade cabinet (from a nice kit) a while back and outfitted it with a Raspberry Pi with RetroPie on it. It runs a lot of very old arcade games. However, I don’t play it much.

Frag Maniac: As for remasters, well, technically a remake in this one I played Mafia Definitive Edition not too long ago. At first it brought back that good old feeling of the original, with much better graphics, but when I got to the hardest mode it was a little disappointing. Enemies aren’t as hard to kill in the remake’s hardest mode, nor can they kill you as easily. So I never went through panicky moments like in the original worrying about dying or running out of ammo. It just wasn’t as immersive a game as the original.

ZERO0: I have a fair amount of retro fps games that I replay every few years or so (Half Life, Duke Nukem 3d, Unreal Tournament, Quake, etc.), but the oldest I go back to has to be the original Doom. It’s still such a great game in its vanilla state, not to mention the endless amount of mods and user content that has been produced over the years. It’s a classic for a reason.

Johnway: I I still play a lot of retro games on my raspberry pi. Just today I finished The Legend of Zelda: A Link to the Past on Snes. But the oldest game I’ve played with some consistency is Doom 2, or the wads community to be exact. The work that comes from the modding community is truly exceptional and has kept me entertained every weekend when playing for an hour or 2.